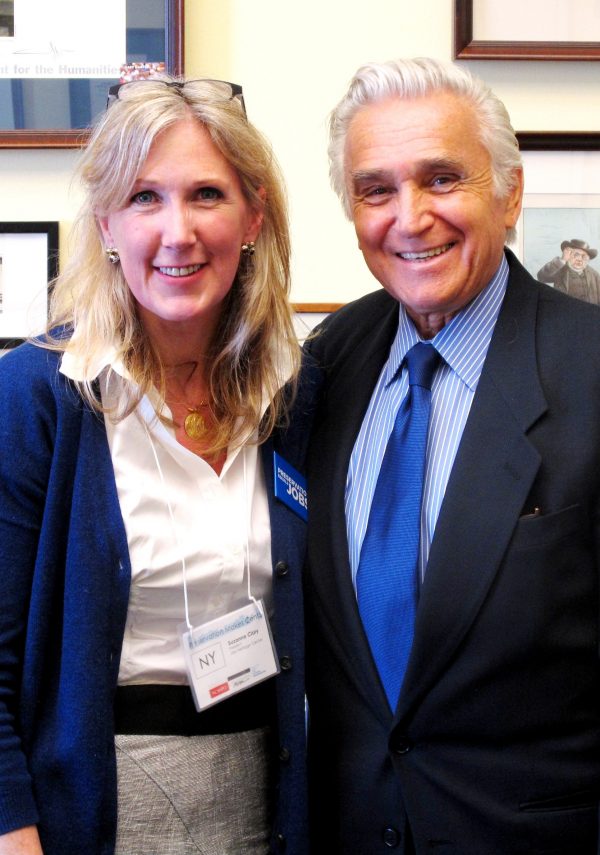 Protecting our national historic landmarks in a sustainable way requires persistent advocacy and determined activism; no where was this more apparent than at Preservation Advocacy Day on Capitol Hill on Tuesday, March 7, 2011. Along with 200 other participants from around the country, I had the opportunity to trade stories with peers in the field and to volunteer my time for a one day lobbying effort. Our mission: to ask our elected officials to protect $70 million dollars in critical funding for historic preservation, including monies for programs like Save America’s Treasures (SAT) and Preserve America that benefit small and large towns alike. From New York to Hawaii, everyone in attendance voiced concern about President Obama’s proposal to “zero out” dollars for solid, job producing programs like SAT. My concern is rooted in JHC’s work in historical preservation; it was an SAT matching grant of $200,000, secured with the assistance of local Congresswoman Nita Lowey that first allowed JHC to upgrade its MEPs (mechanical, electrical and plumbing systems) in an effort to make the 1838 Jay Mansion greener. This “seed money” in turn inspired ten times that amount in private and corporate contributions, eliciting a total of over $2 million that made it possible for JHC to take the next big sustainable step – the installation of a geothermal heating and cooling system. I could hardly envision where we would have gotten without the SAT program.

Several moments in the day made the experience particularly striking for me, as a preservationist and as a citizen of Rye. I met with our district’s Congresswoman Nita Lowey and her staff, who are attentive and top notch – throughout her career, Congresswoman Lowey has done a great deal for historic preservation and energy conservation in Westchester. But what made the day even more special was the chance to meet Congressman Maurice Hinchey and to thank him personally for his role in saving the Jay Estate, as well as his unwavering dedication to the Hudson River Valley Greenway. Congressman Hinchey’s vision for John Jay’s home and for all the 99 member sites of the Hudson River Valley National Heritage Area (HRVNHA) is for them to one day become part of the venerated National Park System (NPS).

NPS currently oversees 394 areas including “national parks, monuments, battlefields, military parks, historical parks, historic sites, lakeshores, seashores, recreation areas, scenic rivers and trails, and the White House.” Hinchey has been advocating an NPS designation for the HRVNA because this action “would take the region to the highest, most prestigious level possible while making the region eligible for an increase in federal resources and support…these additional resources could be used toward conservation efforts, historic preservation, tourism promotion and a wide array of economic development activities.”

As the last meeting of this novice’s first long day on Capitol Hill, this approach to revitalizing main streets left me re-energized and inspired by the sustainable possibilities that our country and its many American treasures, like John Jay’s home in Rye, have in their future through historic preservation.

[Postscript: The bad news – funding for Save America’s Treasures and Preserve America was zeroed out. The good news – As of July 2011, Congressman Maurice Hinchey and Senator Kirsten Gillebrand are reintroducing legislation to fund a study to place the Hudson River Valley National Heritage Area under the auspices of the National Park System – this will help boost tourism and create jobs! Read more at <a href=”http://www.nylcv.org/ecopoliticsdaily/20110707_high_hopes_for_hudson_river_valley” rel=”noreferrer nofollow”>www.nylcv.org/ecopoliticsdaily/20110707_high_hopes_for_hu…</a>]