JHC’s stewardship of the Jay Estate includes preservation, restoration and maintenance of two buildings owned by our non-profit – the 1838 Jay Mansion and 1907 Van Norden Carriage House – as well as several buildings owned jointly by New York State Parks and Westchester County Parks – 1917 Palmer Indoor Tennis House, 1907 Zebra Barn and the Ice House. All restoration is done according to the highest standards set by the Department of the Interior and any ground disturbance is preceded by archaeological investigation.

The buildings on our campus are extremely unique. The 1838 Peter Augustus Jay House is the only Greek Revival house of its kind in the Lower Hudson Valley that is open to the public. One can see how early American architects Chester Hills, Minard Lafever and Asher Benjamin influenced the builder of the Jay Mansion, a Stamford contractor named Edwin Bishop. Meanwhile the Carriage House and Zebra Barn were both designed by architect Frank A. Rooke and constructed by local Rye contractor and carpenter Daniel H. Beary. Beary’s signature can also be found within the mansion where he was responsible for renovating the pantry, basement kitchen and adding a gymnasium, billiards room and wine cellar for Warner M. Van Norden and his wife Grace Talcott.

In this set, you will find many before and after photos that showcase the talents of our preservation team including Fred Bland of Beyer Blinder Belle, Bruce MacDonald of Ashwood Restoration, master plasterer, David Flaharty, EverGreene Architectural Arts  and many other artisans. We are extremely grateful for the technical assistance we have had from the New York State Office of Historic Preservation, the Preservation League of New York State and the Landmarks Conservancy of New York.

JHC welcomes tax deductible gifts to facilitate any or all of these projects! 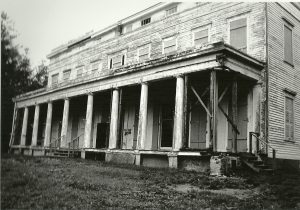 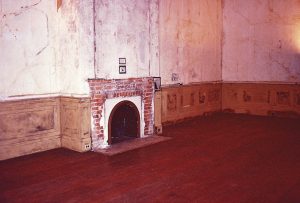 Restoration is ongoing and the amount of work completed is determined by the availability of funding. Some areas of the house will be deliberately left unfinished so as to highlight the different techniques of historic preservationists that have been employed – paint analysis, dendrochronology, molding etc. Research has been informed by archival documents and invaluable photographic records contributed by various Jay, Van Norden, Talcott, Palmer and Devereux family descendants.

Funds are still needed to configure space on the second floor for a library and reading room, teaching classroom, and non-profit meeting spaces.

JHC is also always on the lookout for missing treasures from the home to resurface – marble mantels, gilded mirrors and chandeliers. The surprise donation of the original 1838 front door brought great joy to JHC – pieces like this one removed from the vacant building in the 1980s are slowly finding their way back. The front door had been cut down at some point and altered but has now been repaired and reinstalled. Joe Berger of the NYT wrote a wonderful piece about the door’s return called “What’s a Historic House You Can’t Enter in Style?” 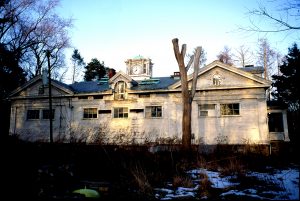 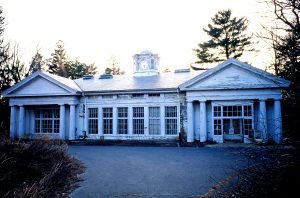 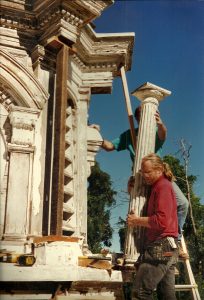 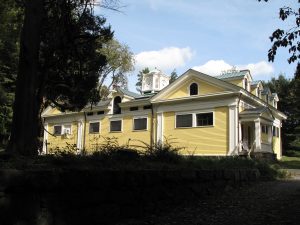 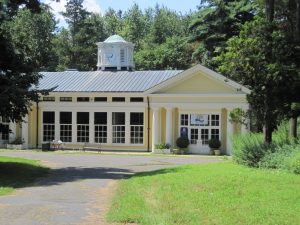 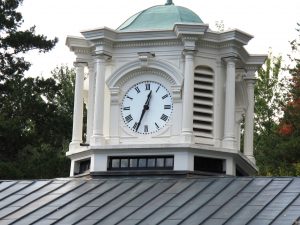 As JHC’s largest single space for programs and exhibits, restoration of the Carriage House was an early priority and continues to be essential. Work to date has included: major structural and MEP (mechanical, electrical and plumbing) repairs; replacement of the seamed copper roof; re-installation of the original Seth Thomas tower clock; stripping layers of 1960’s mastic and concrete to reveal the herringbone brick floor; and configuration of temporary office spaces. Most recently exterior wood rot was remediated, clapboards replaced and the entire structure painted its original yellow hues. To increase energy efficiency in this expansive venue, real wood storm windows were added and a new furnace was installed. 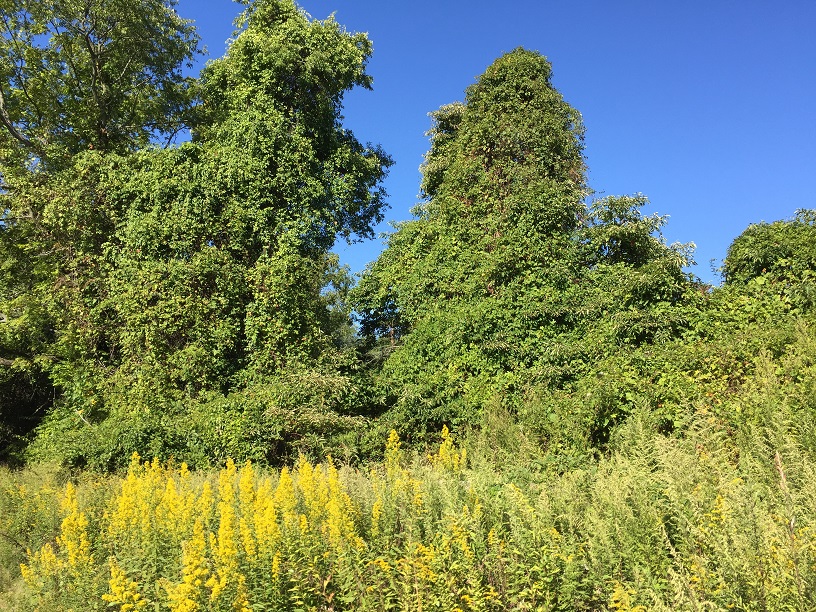 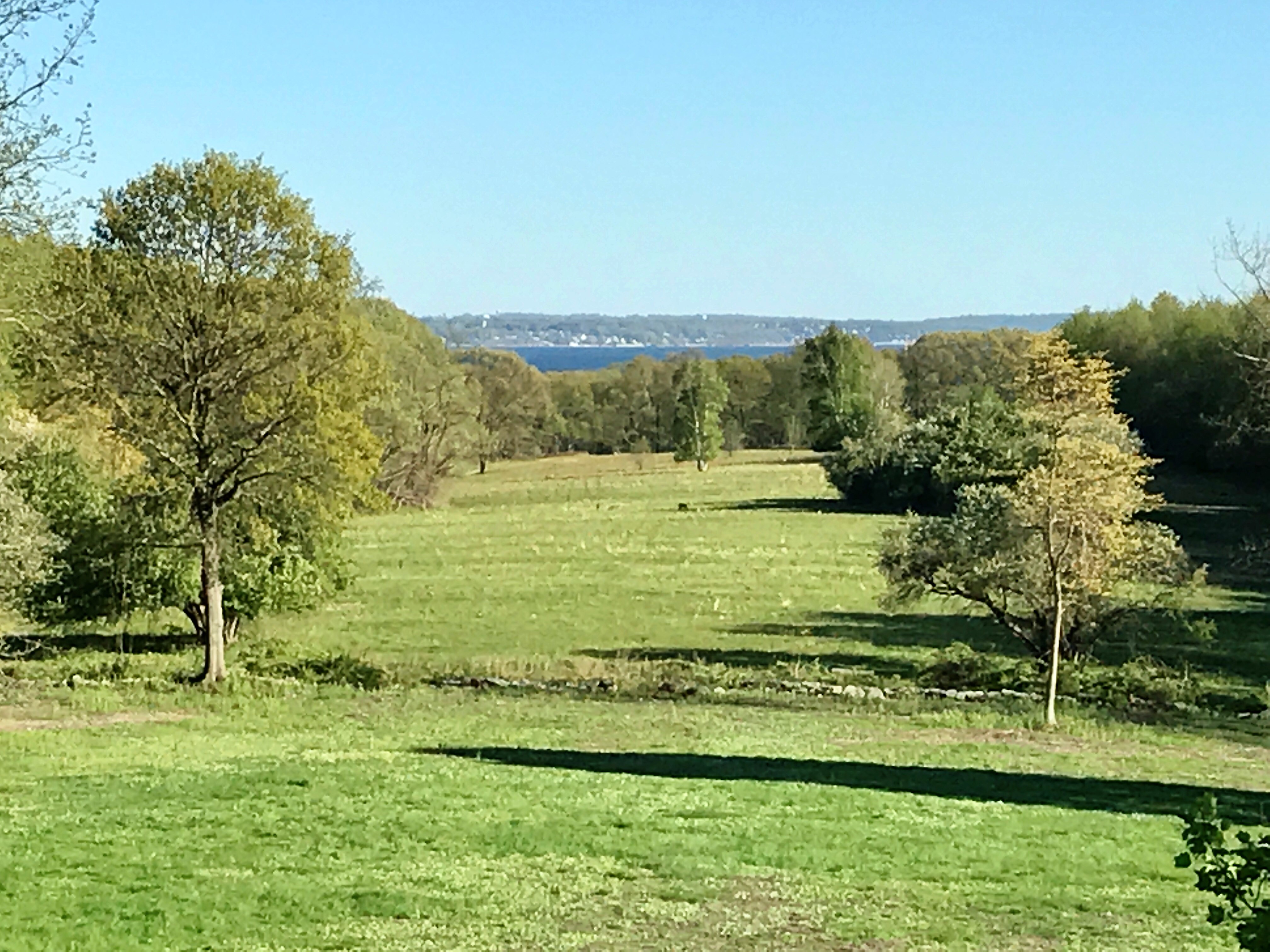 The Viewshed from the Jay Mansion is believed to be over 10,000 years old. The vista was originally maintained as an open area by Paleo-Indians who hunted and camped in the green and protected area next to the harbor where plentiful fish and shellfish could be found. They logged and burned the land which kept it open. The “prospect” was later formalized with stone ha-ha walls in 1822 by Peter Augustus Jay. Though maintained for centuries, the viewway was neglected and became eclipsed by invasive vines. The property was used for dumping.

In 2013, the Jay Heritage Center was awarded stewardship of the landscape. We have since re-opened the viewshed, supervised the removal of over 400 tons of debris, seeded the upland portion with native grasses and wildflowers and we are planning restored gardens. There is more to come! 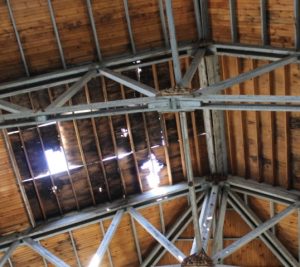 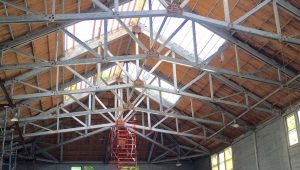 The Palmer Tennis House is one of the oldest enclosed courts in the United States. It dates to 1917 or earlier. It is a wood clapboard structure 60 feet wide by 115 feet long with massive 3ft thick and 10ft high stone foundation walls. A magnificent wood and steel truss system supports the roof and was at one time accented by 6 copper skylights over a clay court. It predates the Racquet and Tennis Club in New York (1918) and JP Morgan’s indoor tennis building on Jekyll Island (1929) which shares similar design elements.

In 2016, temporary scaffolding was installed to buttress one cracked truss; corrugated fiberglass panels were installed where historic skylights once existed. The panels allow sunlight to enter for now to facilitate the next phase of work – review by a structural engineer.