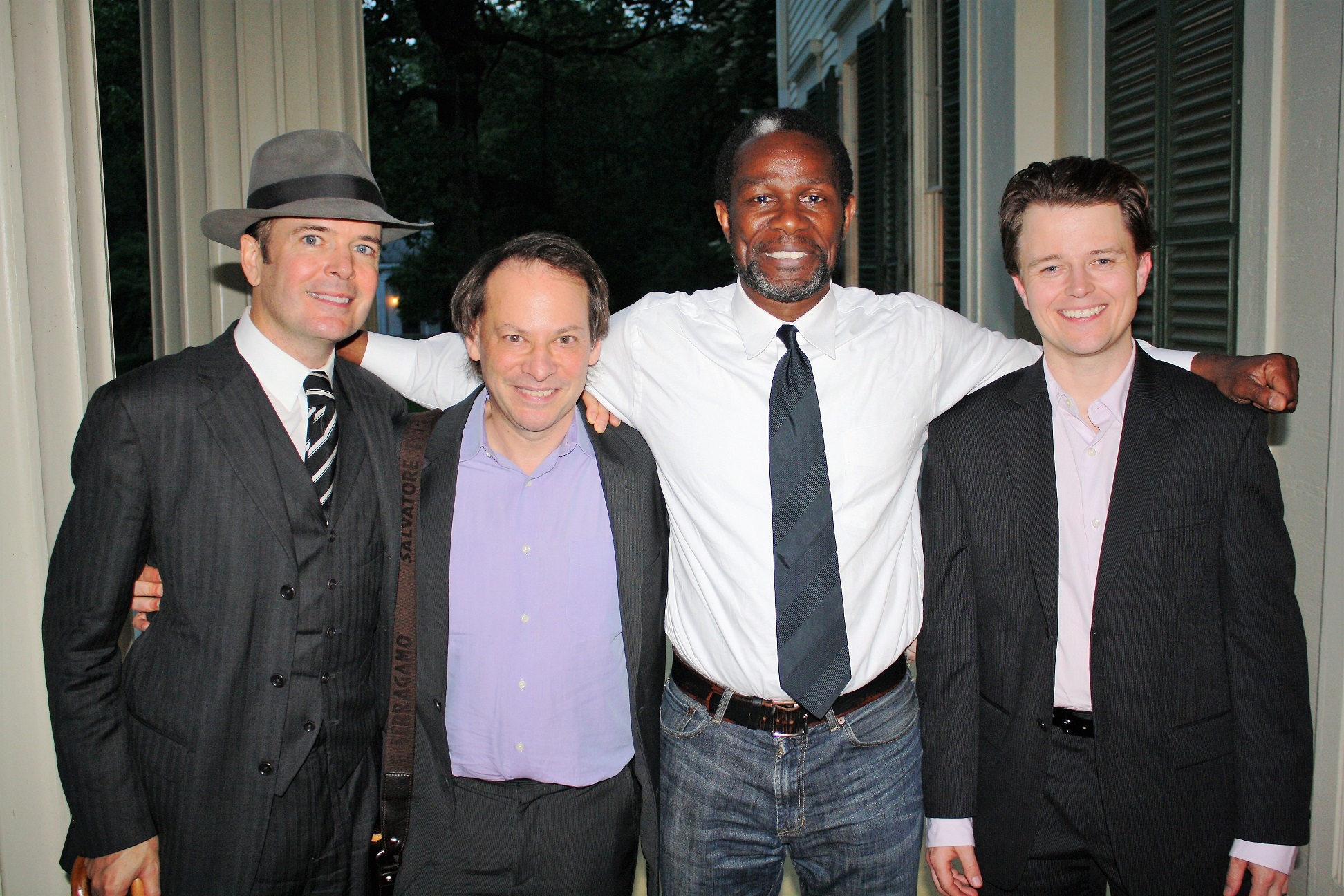 Over 70 people attended the debut collaboration of the Jay Heritage Center with the NY Shakespeare Society. This Sesquicentennial event brought actors John Douglas Thompson, Jefferson Mays, and Sean McNall to Rye for the first time – they were mesmerizing as they read lines from Shakespeare’s plays and compared them with excerpts from Lincoln’s Civil war letters and inaugural addresses. American essayist Adam Gopnik provided incisive commentary that was truly riveting about Shakespeare’s very definite influence on Lincoln’s prose.

In this first program, commemorating the 150th anniversary of the Civil war, guests were invited to examine the grand and simple language of Abraham Lincoln as it is steeped in the rhythms and figures of Shakespeare. Beyond rhetorical echoes and linguistic similarities, Lincoln and Shakespeare shared an abiding concern with the nature of ambition, as well as a view of civil war as the great human catastrophe. In this fascinating afternoon, essayist and author Adam Gopnik (Angels and Ages: A Short Book About Darwin, Lincoln and Modern Life) examined the words of these two great writers. With readings from Macbeth, Henry IV, Henry VIII, and Hamlet as well as Lincoln’s writings. The program also featured Tony and Drama Desk Award winner Jefferson Mays (Measure for Measure, I Am My Own Wife), and Obie and Lortel Award winner John Douglas Thompson (Othello, Emperor Jones).

This event literally sets the stage for future programs examining how our historical leaders’ invoked literary works by the Bard to inspire the American public.  Like Lincoln, John Jay was a devoted reader of Shakespeare most famously evidenced by his reference in Federalist Paper No. 2, under the pseudonym of Publius, to Shakespeare’s Henry 8th.  Rallying the nation in 1788 to oppose forces jeopardizing our nation’s solidarity Jay warned, “I sincerely wish that it may be as clearly foreseen by every good citizen, that whenever the dissolution of the Union arrives, America will have reason to exclaim, in the words of the poet: “FAREWELL! A LONG FAREWELL TO ALL MY GREATNESS.”

The performance was set against JHC’s new exhibition about the Jay family’s role in the abolition of slavery in New York State.