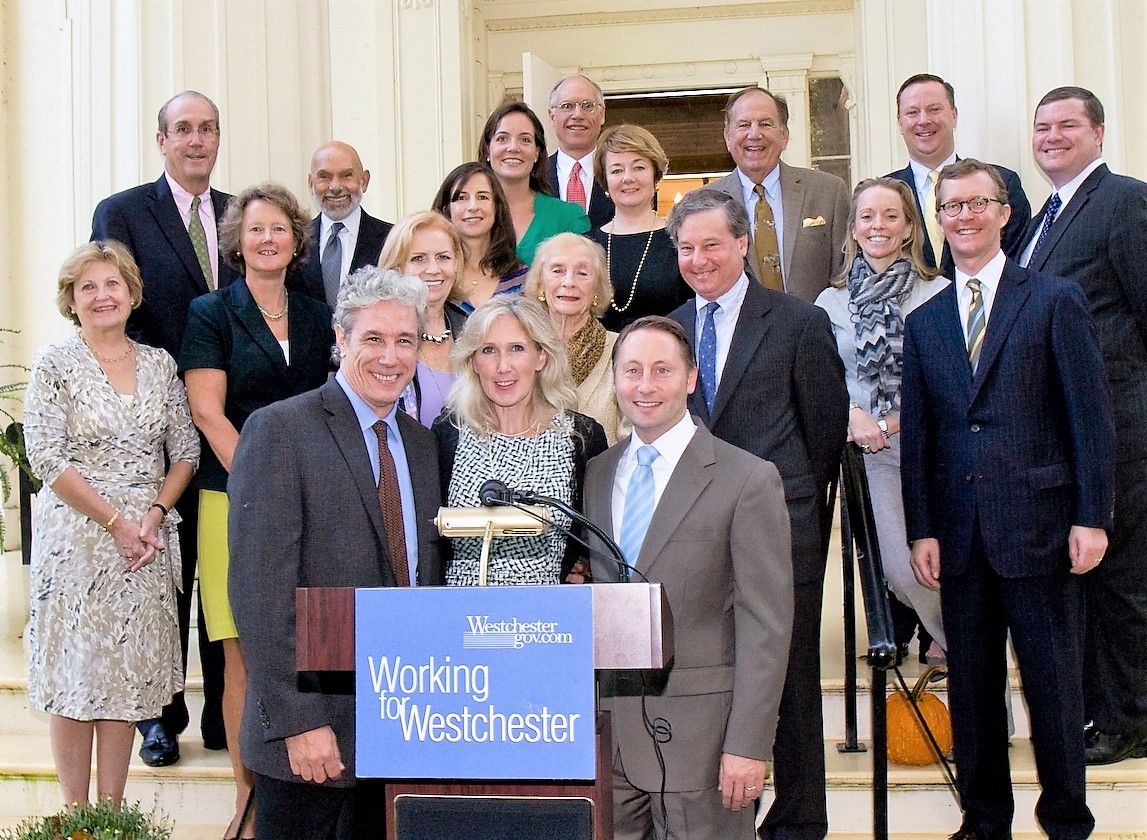 The Jay Heritage Center, Westchester County and New York State announced an agreement today to transfer oversight of the historic John Jay property in Rye to the Jay Heritage Center. The nonprofit organization will be responsible for the long-term maintenance and restoration of the mansion and 23 acres that surround it.

The property — the childhood home of the founding father and the nation’s first chief justice — is located next to the county’s Marshlands Conservancy. The county and state both own 21.5 acres of the site, and the Jay Heritage Center owns 1.5 acres that include the 1838 Jay House, which Jay’s son built, according to the county executive’s office.

“It has been over 20 years since the county, working with New York State, came to the rescue of the Jay Property, saving it from demolition,” County Executive Robert Astorino said in a statement. “Now the county is stepping in again with an innovative public/private partnership to preserve it for future generations in a way that doesn’t fall on taxpayers. In these challenging economic times, these are the kinds of solutions that are essential.”

Under the agreement, the county will continue to police the property but it will no longer spend roughly $25,000 a year to maintain it. The county and state will grant a 10-year license to the Jay Heritage Center, renewable after the initial term, and the property will continue to be operated and maintained as state and county parkland and accessible to the public. The center may charge admission fees with state and county approval.

The Jay Heritage Center is raising funds from individuals and businesses to help restore the homestead’s meadow, gardens and apple orchards and rehabilitate historic structures for use as lecture halls, classical music spaces and art galleries. The property is a National Historic Landmark, part of the Boston Post Road Historic District and is part of the Westchester County African American Heritage Trail.

Responsibility for the full restoration and long–term maintenance of the historic John Jay Property in Rye, the boyhood home of a Founding Father and the nation’s first Chief Justice, will be turned over to the Jay Heritage Center (JHC), under terms of a license agreement announced today by County Executive Robert P. Astorino at a news conference at the site.

This agreement is designed to ensure the preservation of the nationally significant property and serve as a model of cooperative stewardship that can be emulated nationwide. It will also advance shared goals of New York State, Westchester County and non-profits like JHC to promote heritage tourism by making historic resources more accessible to the public.

“It has been over 20 years since the county, working with New York State, came to the rescue of the Jay Property, saving it from demolition,” said Astorino. “Now the county is stepping in again with an innovative public/private partnership to preserve it for future generations in a way that doesn’t fall on taxpayers. In these challenging economic times, these are the kinds of solutions that are essential.”

The property is located adjacent to the county’s Marshlands Conservancy. The county and the state jointly own 21.5 acres of the site called the Jay Property; the Jay Heritage Center owns the other 1.5-acre parcel, which contains the 1838 Jay House, built by Jay’s son on the site where his father grew up.*

The new license agreement will transfer oversight for the upkeep of the property and investment in significant capital infrastructures to the Jay Heritage Center, which will raise funds as a private 501 (c) 3 and also apply for grants. Tax deductible donations from individuals and corporations will be accepted to help restore the historic meadow, the gardens, the apple orchards and rehabilitate historic structures for public educational uses as lecture halls, classical music spaces and art galleries.

At a press conference at the site, Astorino was joined Suzanne Clary, president of the Jay Heritage Center, as well as New York State Parks Deputy Commissioner Tom Alworth to announce the agreement, which must be approved by the county’s Parks Board, the Board of Acquisition and Contract, and the State Comptroller’s Office.

The Jay Estate was designated a National Historic Landmark in 1993 as part of the Boston Post Road Historic District. It was also named to the Westchester County African American Heritage Trail in 2004.

Most recently in 2009, it became 1 of only 100 Congressionally funded sites in the Hudson River Valley National Heritage Area based on the importance of its architecture, its landscape and themes of freedom and dignity that its 10,000-year-old history embodies.

“This is an unparalleled opportunity for us to restore one of America’s greatest landscapes and open it to the public at a time when families are looking for places of beauty and history to inform and inspire their daily lives,” said the JHC’s Clary.

Deputy Commissioner Alworth also praised the agreement, saying: “Partnership agreements such as this one have been highly successful in enhancing the quality of parks and historic sites for the visiting public. The Jay Heritage Center has done an impressive job restoring the historic house, and I’m confident they will continue their excellent stewardship of the site. This public-private partnership will ensure the John Jay property remains a valued recreational and cultural resource for Westchester residents and visitors alike.”

Similarly, Albert E. Caccese, executive director of Audubon New York, said: ” This is a great example of a public-private partnership that will enable this incredibly important resource to be restored and interpreted for the benefit of the community, and beyond. Audubon looks forward to working with the center as it considers its next steps in the historic, cultural and environmental interpretation and protection of the site.”

· The county and state will have the right to approve or disapprove any physical alterations to the property.

· The property will continue to be operated and maintained as state and county parkland and will be accessible to the general public. The JHC may establish admission fees, subject to approval by the state and the county consistent with county fee structures.

· JHC will create and pay for a specific maintenance and restoration schedule detailed in the agreement, dealing with landscape, invasive plant removal and restoration of historic structures, among other things.

· The county will continue to police the property.

· The county will no longer spend approximately $25,000 annually to maintain the property, and JHC the center will be responsible for ongoing maintenance and the capital improvements that the property requires.

(Together the 23 acres is known as the Jay Estate.)