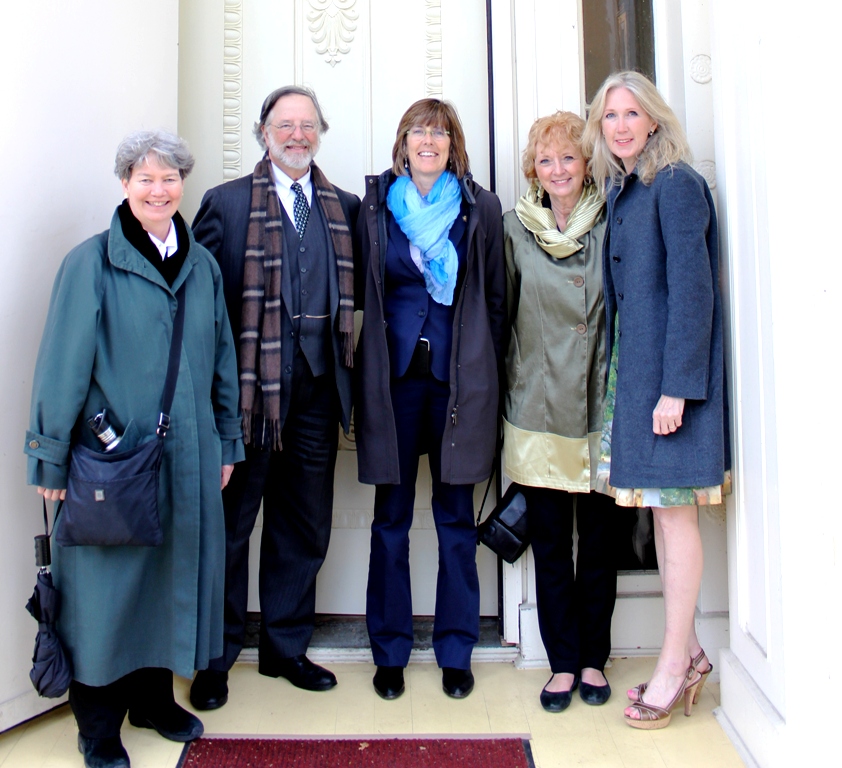 On arrival, together with Pace Law School Professor Nicholas Robinson and JHC President Suzanne Clary, the Commissioner toured the “Path Through History” landmark and park, also taking in its 10,000 year old viewshed to Long Island Sound. A free program and reception for the public followed. The new Dean of Pace Law School, David Yassky, welcomed the audience and together with Shelby Green, Professor of Historic Preservation, awarded Commissioner Harvey the Pace Medal of Excellence. The full program is available on video here.

Commissioner Harvey delivered a powerful presentation about the importance of preserving the tangible places and touchstones of our past like John Jay’s home; their site specific stories remind us of the many firsts in our state’s history including “the leaders, the catalysts in so many progressive movements in social causes, in tolerance and diversity.” In a talk titled “Stewardship of New York’s Cultural and Natural History,” the Commissioner marveled, “Here we are at the boyhood home of the only native founding father and the first Chief Justice of the United States, author of New York’s constitution and two time governor, abolitionist and patriarch of several generations of similarly public minded descendants. It is a reminder of how many leaders called New York home and it is a source of state pride that we have preserved this home.”

After an overview of the success stories and challenges facing NY State parks today, the Commissioner applauded the Jay Heritage Center, its board, volunteers and advocates for preserving Jay’s home. “There is a reason New York State has such a remarkable legacy. It is through the work of friends, supporters, and many ordinary citizens – people like you, with your interest in history and historic places – who believed in the importance of protecting and preserving our heritage. A duty and a responsibility handed down from one generation to the next. ”

Under a new public-private partnership agreement with NY State and Westchester County, JHC is spearheading the rehabilitation of the critical cultural landscape and architectural elements of John Jay’s childhood home in Rye. The Jay Estate is a 23 acre park and the centerpiece of the Boston Post Road Historic District, one of fewer than 2500 National Historic Landmarks in our country.