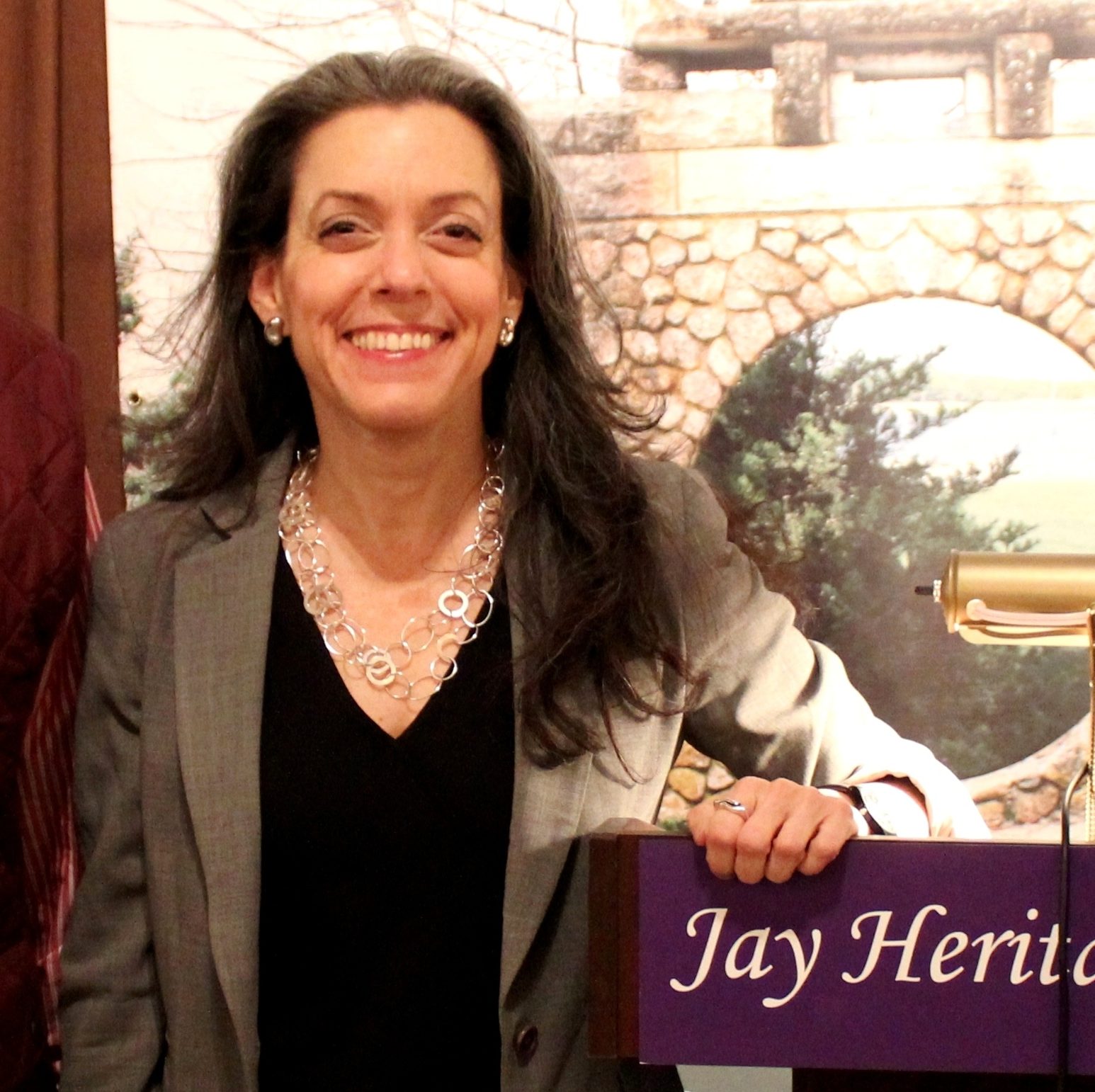 Speaking to a packed audience of Yale alumni, early American history buffs and JHC members on December 3rd, Yale Professor and Hamilton scholar Joanne Freeman deftly proved that “Dirty, Nasty Politics” is not a new phenomenon in America. Drawing upon her own exhaustive research of primary congressional papers and 18th century diaries, she contrasted the measured, respectful decorum of George Washington’s presidency with the almost laughably subversive, reputation-smearing tactics of Federalists and Republicans more than two centuries ago. Using the campaign of 1800 as a lens, Freeman explained how former friends and nation builders, John Adams and Thomas Jefferson, became bitter adversaries when their policy views collided. So desperate were these two patriots to steer the republic in opposite directions, she said, that their attacks upon one another got very personal.

Freeman revealed how reputations were smeared with zestful diatribes about hidden agendas and moral integrity; Jefferson fans decried Adams to be a fool and wannabe monarch while broadsides printed by the Adams camp inflamed public opinion by suggesting that voting for Jefferson was blasphemy “…the only question to be asked by every American, laying his hand on his heart, is ‘Shall I continue in allegiance to GOD – AND A RELIGIOUS PRESIDENT; or impiously declare for JEFFERSON – AND NO GOD!!!'” The secret foreign sympathies of the two candidates were also cause for alarm – Jefferson too easily embraced the French Revolution whereas Adams was rumored to want to attack the French and arrange for his daughter to marry into George III’s family. But perhaps the most outrageous stunt during the highly negative campaign was an attempt by the Adams faction to kill Jefferson’s ascent by spreading the rumor that he was dead! Other members of the founding brotherhood like Alexander Hamilton were drawn into the intrigue. Hamilton brazenly asked fellow New Yorker John Jay to manipulate the voting process mid-election but Jay ignored him. In the middle of this insanity, Jay was “a voice of reason!” according to Freeman. With her obvious passion and thorough grasp of the political hurricanes of the 1790s, the audience could readily see why Broadway director and Hamilton star Lin-Manuel Miranda admires Freeman. Freeman’s book “Affairs of Honor” as well as her scholarship on nuances of this politically tumultuous period absolutely inspired Miranda when he wrote his new smash musical; he called her collection of Hamilton’s writings a “touchstone.”

The free talk was co-sponsored by the Yale Westchester Alumni Association and generously funded with a grant from Con Edison. It is just one of several programs in early American History on JHC’s 2015 – 2016 calendar. Historian Joseph Ellis is scheduled to speak in the spring about his new book “The Quartet.”