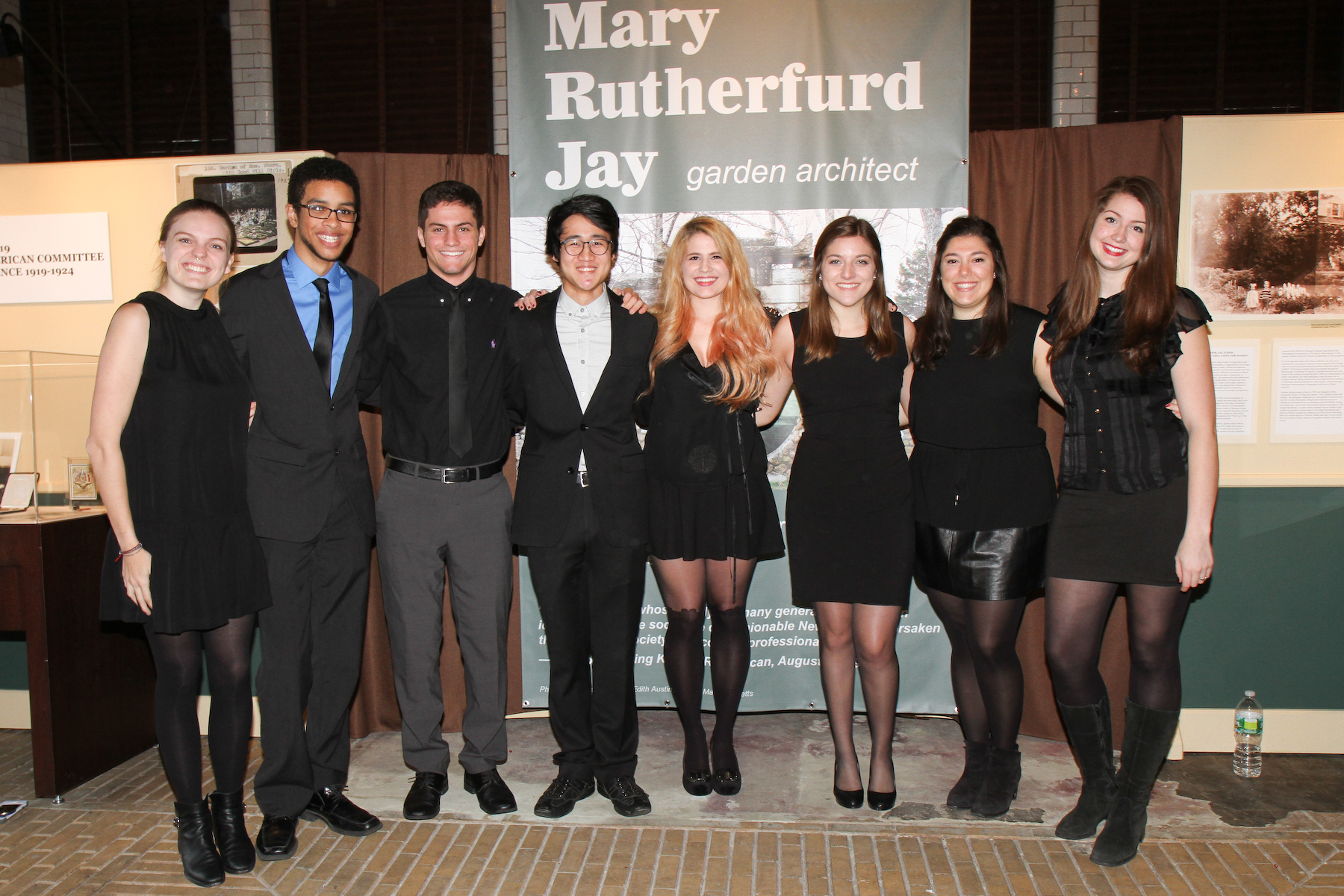 Our last program of the year and our first a cappella jamboree was a resounding success! Over 150 people (120 guests from all over Westchester and Fairfield County and another 30 singers from 3 schools) attended. The occasion? John Jay’s 270th birthday in his hometown of Rye.

Everyone displayed huge smiles and school colors (shades of orange and two different blues) as the Carriage House was filled to the rafters with song. Exquisitely harmonized voices were amplified by nothing other than the innate acoustics of the 1907 building itself. Not a single microphone was needed.

Adults and children first heard impressive performances by the all women Princeton Tigressions (there to represent Sarah and John Jay’s Livingston relations as well as later Princeton residents of the Jay Estate, Edgar Palmer P ’03 and Walter B. Devereux ’34). The crowd was awed by pitch perfect and appropriately selected renditions of “Elastic Heart”, “All I Want for Christmas Is You”, and a mash-up of “Brave” and “Roar” just to name a few familiar tunes,

Next on the program were Columbia’s oldest co-ed a cappella group, Notes and Keys; the strains of their stirring arrangement of “Alleluia” drew tremendous applause as did “Seven Nation Army”. Coming in with a big finish, the Yale Spizzwinks (?), America’s oldest underclassman a cappella group, entertained and charmed with popular hits like “No Regrets”, “Accidentally in Love” and “Rhythm of Love”.

Members of the Yale Westchester Alumni Association and the Fairfield Princeton Alumni Association helped get the word out. Some even stepped onto the stage to help sing sentimental favorites like “Old Nassau” (Princeton) and “Blue Skies” (Yale). Graduates of Jay’s alma mater Columbia showed up in force too!

A reception and tours of the Jay Mansion followed along with a reprise by the Spizzwinks in the Jay meadow just as the sun set. Of course everyone sang “Happy Birthday” to John Jay and also to one of the afternoon’s first-time visitors, Georgi Dwight, a lineal descendant of one of John Jay’s friends and peers, Timothy Dwight.

Everyone agreed they will definitely come back for next year’s birthday concert and make this a new annual tradition!