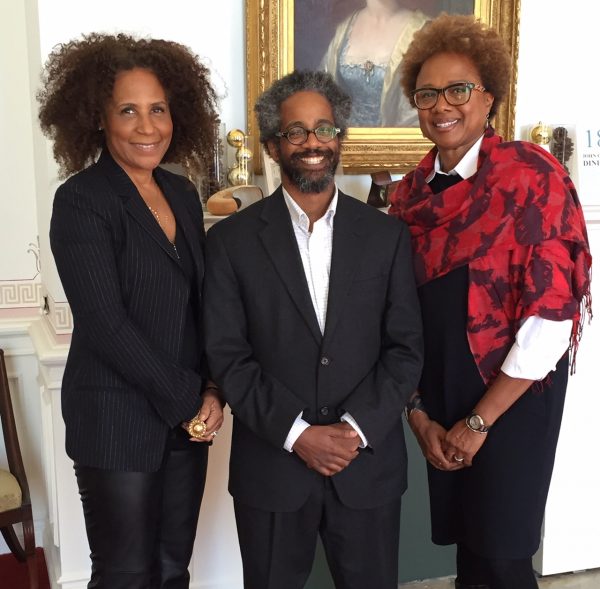 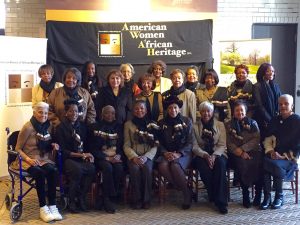 Over 150 women and men attended AWAH’s MLK Day Literary Celebration featuring African American Authors at the historic Jay Heritage Center (JHC) on Monday, January 19th. While temperatures and wind chills dipped below freezing outside, an appreciative audience gave a warm reception to the prominent writers that were invited: Benilde Little, Quincy T. Mills and Paula Williams Madison. Barbara L. Edwards, Chair of the Westchester County African American Advisory Board and AWAH President, Francine Shorts introduced the program. But first, everyone joined vocal soloist Chioma Nwana and her accompanist Julius Rodriguez in a stirring rendition of “Lift Every Voice and Sing” as a tribute to Dr. Martin Luther King, Jr.

Benilde Little, bestselling author of the novels “Good Hair”, “The Itch”, “Acting Out”, “Who Does She Think She Is?”, was the first at the podium. She spoke poignantly about her latest publication and memoir “Welcome to My Breakdown,” her first non-fiction work. Her soft voice belied a formidable woman who bravely struggled with depression ultimately finding a road to health and recovery.

Quincy T. Mills, an associate professor of history at Vassar College highlighted chapters of his book “Cutting Along the Color Line: Black Barbers and Barber Shops in America” which chronicles the lives of black barbers and their shops in the 19th and 20th centuries. He also described the framework for his second book in which he will examine the imperatives and flow of financial resources to support civil rights organizing.

The final speaker, Paula Williams Madison, a career journalist, spoke about her genealogical odyssey to reconnect with her Chinese family. Her book “Finding Samuel Lowe: China, Jamaica, Harlem,” details her research and travels to find the descendants of her maternal grandfather, Samuel Lowe. The audience enjoyed a brief video that captured the welcoming embraces that Madison received following a reunion with her long sought after relatives.

Co-Chairs of the successful event were Gwen Cort and Eddie Mae Barnes. A delicious reception including hot mulled cider followed the presentations. Attendees purchased books from Rye’s favorite small bookshop, Arcade Booksellers and lined up to meet the authors who answered questions and inscribed copies. The afternoon was a gem and true to both AWAH’s and JHC’s mission to promote education about our heritage and our community.

Thanks too to the many Westchester elected officials, past and present, and educators who attended. Among those who came – Dr. Olivia J. Hooker, Westchester County Legislator Alfreda Williams, Lois Bronz, Dolores Brathwaite, Mary Lane Cobb, members of the Westchester Chapter of Links and more.

Learn more about AWAH at www.awah.org