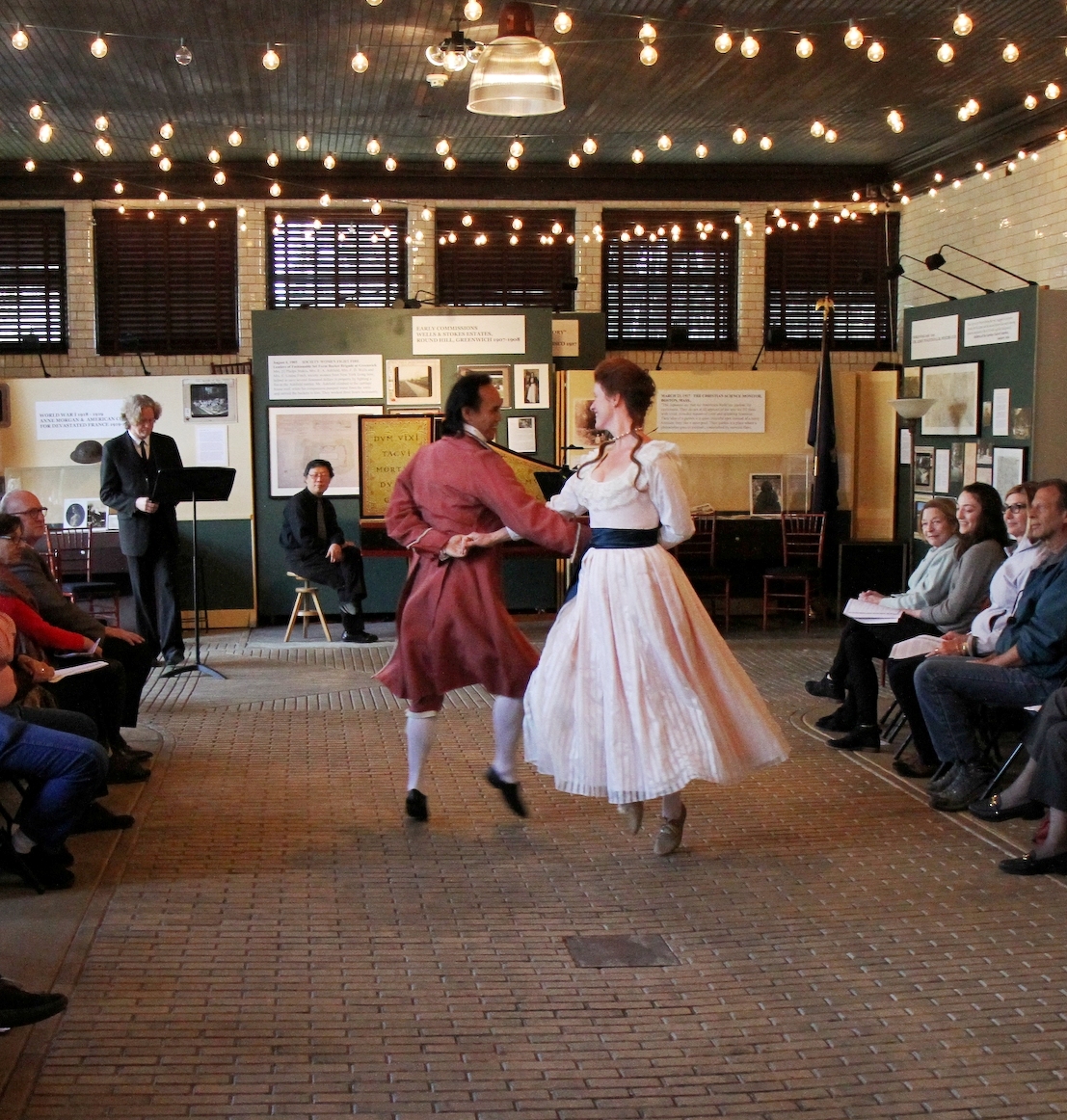 Where else would you hear the Congress Minuet, Washington’s Favorite Cotillion or other fortepiano and violin masterpieces? And see people dance to them in period costume?

Over 50 visitors to our Carriage House on Sunday were transported to a place much like the venue where Alexander Hamilton met Elizabeth Schuyler.  The audience was dazzled by Grant Herreid, instrumentalist, singer and narrator, with Leah Nelson on Baroque violin, and early keyboard specialist Dongsok Shin on harpsichord. A new collaboration with the New York Baroque Dance Company’s Touchstone Project, Caroline Copeland and Matthew Ting, Baroque dancers, made the afternoon extra special.

Drawing from the vast music library of violinist President Thomas Jefferson, with dance and song also known to President George Washington, Sunday’s concert reflected the world of Founding Fathers John Jay, Alexander Hamilton and their peers; the program includes music of internationally popular musicians of the day, Johann Christian Bach, Luigi Boccherini, and American composer Francis Hopkinson, with dramatic readings from letters (some from our own archives) and journal entries to set the scene, enhanced by re-creations of historical social dances of the era. Dancers illuminated the social culture of Colonial life with their measured and graceful steps. Imagine the bitter cold winter of 1780 and the contrasting warmth of the many well subscribed Dance Assemblies. These entertainments lifted the spirits of His Excellency Gen. Washington’s officers as they offered lively music, dancing and a chance for young Founding Guys to meet their future partners.

Everyone joined in a song at the end – a 1765 ode to Adams and Liberty that sounded a lot like the Star Spangled Banner! (It is spring after all!) A wine and cheese reception followed for the adults while the children enjoyed 20th century treats like chocolate covered pretzels and lemon squares.