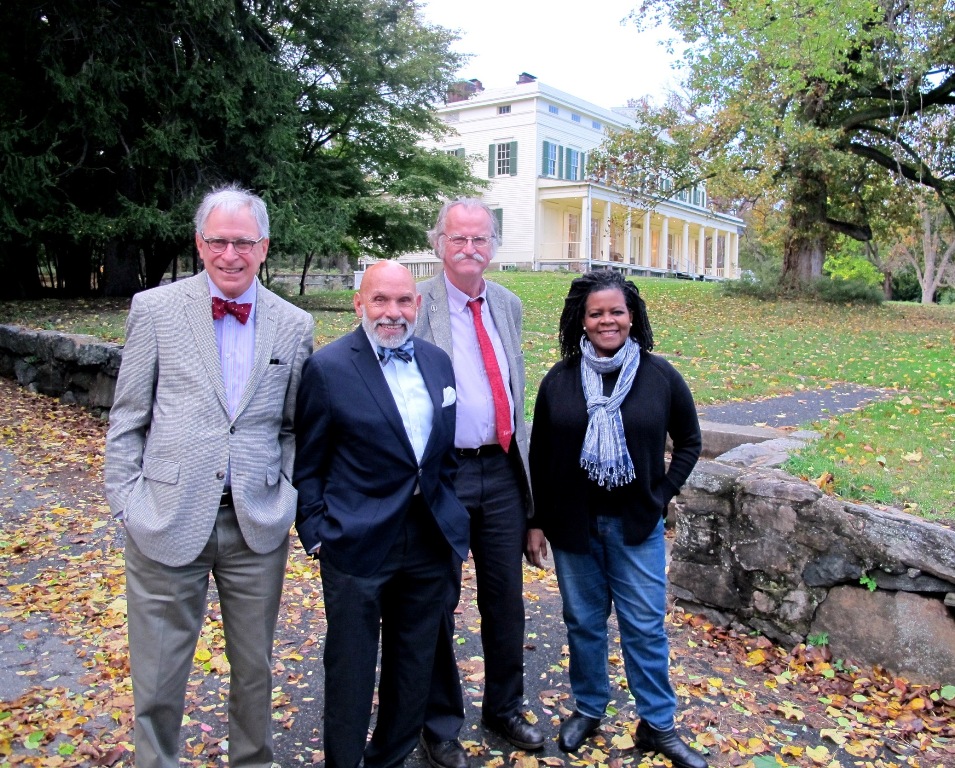 Annette Gordon-Reed and Peter Onuf shared their scholarship on Thomas Jefferson with Jay Heritage Center members and fellow historians at John Jay’s family home in Rye on October 22nd. A fully engaged audience first heard Lincoln historian and colleague Harold Holzer introduce the two co-authors of Most Blessed of the Patriarchs: Thomas Jefferson and the Empire of the Imagination. Holzer noted that “aside from Monticello itself …and perhaps Mount Vernon…[there are] very few more stirringly appropriate venues to host these remarkable scholars. What could better serve the ongoing effort to comprehend the intersection of time and place than to hear these historians speak on this property, brimming as it is with its own memories of a founding hero at the boyhood home of a New York founder whose family owned human beings, and who like Jefferson well understood the perilous contradiction between American freedom and American enslavement.” Professors Gordon-Reed and Onuf described their unique collaboration navigating over 19,000 letters and drawing informed inferences as only they could to make the “impenetrable” Thomas Jefferson more accessible to modern day readers. They detailed the process of taking a twenty-year old conversation about one of our nation’s greatest thinkers, “a Virginian and a revolutionary” and putting it on paper. The triumphant result is a fresh perspective on the private life, obsessions and beliefs of Jefferson told in a united voice and illustrated through a rigorous study of the family – children, grandchildren, and enslaved family – who surrounded Jefferson at his refuge at Monticello.

The lively evening of conversation gave guests an intimate look at the dilemma facing historians – how to objectively write the narrative of complicated man who was enlightened for his era but by today’s modern standards is too easily cast simply as a hypocrite and flawed character. The talk was co-sponsored by the Association of Harvard Law School Alumni. The program was funded in part through a generous grant from Con Edison and is a continuation of talks that focus on the evolution of Social Justice in America.  Members of the Historians Circle who attended the talk were invited to join the authors afterwards for dinner. A video of the program can be seen here courtesy of Rye TV