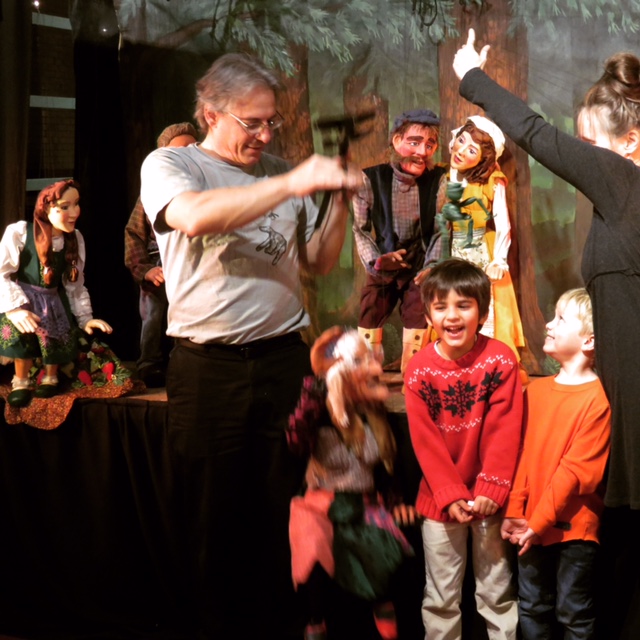 Children enjoyed a sweet holiday treat – a performance of Handsome and Gretel performed by The No Strings Marionette Company from Randolph, Vermont. This scrumptious re-adaptation of the Grimm Brothers classic included a cast of fourteen hand-crafted whimsical wooden puppets. Children had a chance to meet the figurines (some of which were as big as they were ) up close after the show. All the marionettes, props and sets are custom made by Dan Baginski and Barbara Paulson using beautiful silks, furs and feathers. A red fox, goat and Harry Potter like snake were crowd favorites but the puppet that drew the most oohs and ahhs was a large gauzy butterfly carrying the Sandman of fairy tales and folklore. Everyone enjoyed warming up with carols before the program started – children got the mike, picked their songs and led the audience. No stagefright here! Having learned the danger of nibbling on a candy cottage, sugar and iced snowflake cookies were consumed afterwards instead!