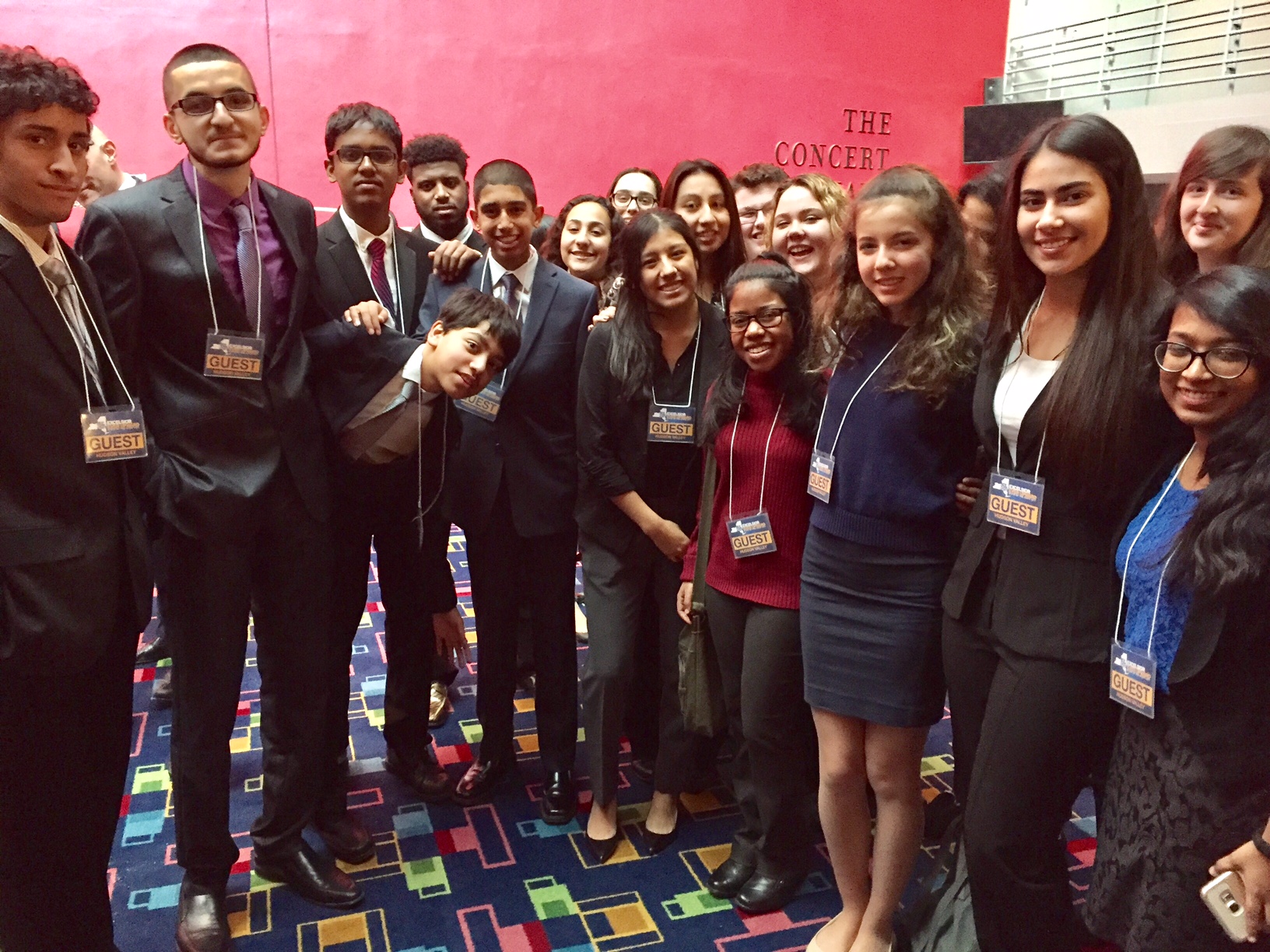 Yesterday I had a front row seat. No, I wasn’t watching Hamilton but witnessing something just as compelling. I was invited to hear Governor Andrew Cuomo deliver the State of the State address for the Mid-Hudson region and announce an historic new initiative that will impact outdoor enthusiasts and communities throughout our Empire State

It was both exciting and humbling. I have enjoyed listening to these reports on our state’s economic, social and cultural progress for many years with a myriad of perspectives – back row, middle aisle, standing on the stairs after getting stuck in traffic. My admiration has grown for the impressive, hardworking network of officials, educators, legislators, citizens and more who welcome me at these gatherings – friendly faces like Linda Cooper, Regional Director for the NYS OPRHP Taconic Region, Chuck Lesnick, Deputy Counsel at New York State Homes and Community Renewal or Betsy Robertson, Director of Government Relations and: Strategic Projects at our host site SUNY Purchase.

Yesterday was no different – I caught up with Rose Harvey, Commissioner of NY State Parks, Catherine Parker our Westchester County Legislator, Jason Klein, Superintendent of Sal Prezioso Mountain Lakes Park. I especially loved meeting a group of students and their teachers from Alexander Hamilton High School in Elmsford and introduced them over Twitter to our fave Hamilton scholar, Joanne Freeman (who recently appeared in an excellent article in the NYT Up From the Family Basement, a Little-Seen Hamilton Trove) . As we all made our way to our seats I was a little self-conscious of being in the front row ahead of them. Seated with me, with our knees inches from the stage were peers, accomplished colleagues and dedicated friends. Many have contributed to our success in restoring John Jay’s home in Rye as a public park filled with innovative and inclusive educational programs.  Rather than angst, I decided to relax and take it all in.

I looked left and right. I immediately recognized leaders of the Business Council of Westchester like Dr. Marsha Gordon, President/CEO and Wiley Harrison, Vice President of Small Business Development – they have been invaluable liaisons with the corporate community for non-profits like ours. On my left was Maria Imperial, Director of the YWCA White Plains. JHC and the YWCA have co-sponsored electric gatherings that candidly examine our system of social justice; together we have assembled crowds of 150 or more to openly discuss and confront issues like racism, women’s rights and raising the age of incarceration for young offenders.

Also in our front row was Elizabeth Waldstein-Hart, Executive Director of the Walkway Over the Hudson. Both of our sites have applied for and been awarded pivotal grants by the Regional Economic Development Council (REDC). Both our organizations, composed largely of volunteers, have worked hard to match those dollars with private investment to forge dynamic private-public partnerships. I’ll never forget the year that our two sites were both designated members of the prestigious Hudson River Valley National Heritage Area (HRVNHA) for our commitment to Environmental Stewardship. In 2009, the Jay Heritage Center had installed and unveiled a new geothermal heating and cooling system – this made the 1838 Greek Revival Jay Mansion the first National Historic Landmark (NHL) structure in Westchester County to choose geothermal and the oldest NHL in all of New York State with such a system.

We deliberately selected this technology because of our desire to reduce our carbon footprint, especially given our park’s proximity to a nature preserve and the magnificent Long Island Sound. Similarly, in its goal to creatively and adaptively reuse an old train track suspended over the equally revered Hudson River, the Walkway totally redefined and re-imagined what constitutes a park. The principles they have applied to revitalize a bridge and create a span for recreation and tourism have become replicable tenets of sustainability for other rails–to-trails endeavors. Buttressed by tireless bipartisan governmental support, REDC grants have helped move both the Walkway and Jay Estate projects onward. In addition to physically creating more open outdoor space, these strategic plans have also benefited the surrounding schools, neighborhoods and businesses.

Predictably for Elizabeth and myself and fellow parks and trails lovers everywhere, Governor Cuomo’s historic announcement about the creation of a 750 mile Empire State Trail connecting the Hudson River Valley National Heritage Area and the Erie Canalway upstate had us simply bowled over. “The Empire State Trail, once completed, will be the nation’s largest state multi-use trail network, providing residents and visitors alike unprecedented access to New York’s outdoor treasures, driving tourism and economic activity to communities across the state and helping to protect our environmental resources for generations to come.”  This initiative is sure to expand interest in and accessibility to both our scenic sites. We are eager to work in concert together and with other destinations in proximity of the trail.

The Governor’s presentation was engaging, motivational and provocative. He challenged the audience to reflect and strive to do better through self-examination and collaboration. While not every point of his speech appealed to every person there, Governor Cuomo’s closing anthem to New York State’s diversity resonated throughout the crowd from front row to the balcony filled with press and photographers. Our history as a state has always been about promise and infinite potential. Our goals have been selected and realized thanks to a continued influx of individuals of every heritage and capability. Governor Cuomo correctly identified our strength – we are “a laboratory of diversity,” which is why it was so perfect that he signed off his historic address with the directive of “Excelsior.”

“Excelsior” means “Onward,” or more colloquially, onward and upward. In 2017 we will be celebrating the 240th anniversary of New York’s constitution – an instrument that together with the constitution of Massachusetts is widely considered to have been the foundation for the US Constitution. We will also mark the anniversary of our adoption of this maxim for our great seal and arms. Originally devised in part by another notable New York State Governor, John Jay, our state’s motto has stood the test of time with good reason. A 19th century commission emphatically pushed aside any recommendation to change the motto explaining perfectly “It impresses upon the mind the sentiment of a State of abundant resources, progressive enterprise and noble aspirations.”

As I thought back on 2016 I realized how many past and current collaborations represented in that auditorium have put our park and its abundant natural and historic resources up front and center every day, not just at these gatherings. I know everyone on the board and staff at the Jay Heritage Center is looking forward to building even more new relationships through the Empire State Trail. From Rye to Erie, we’ll be exchanging ideas and best practices. As for me, I can’t wait to see who gets a turn in the front row next as our circle of park stewards grows! Excelsior!