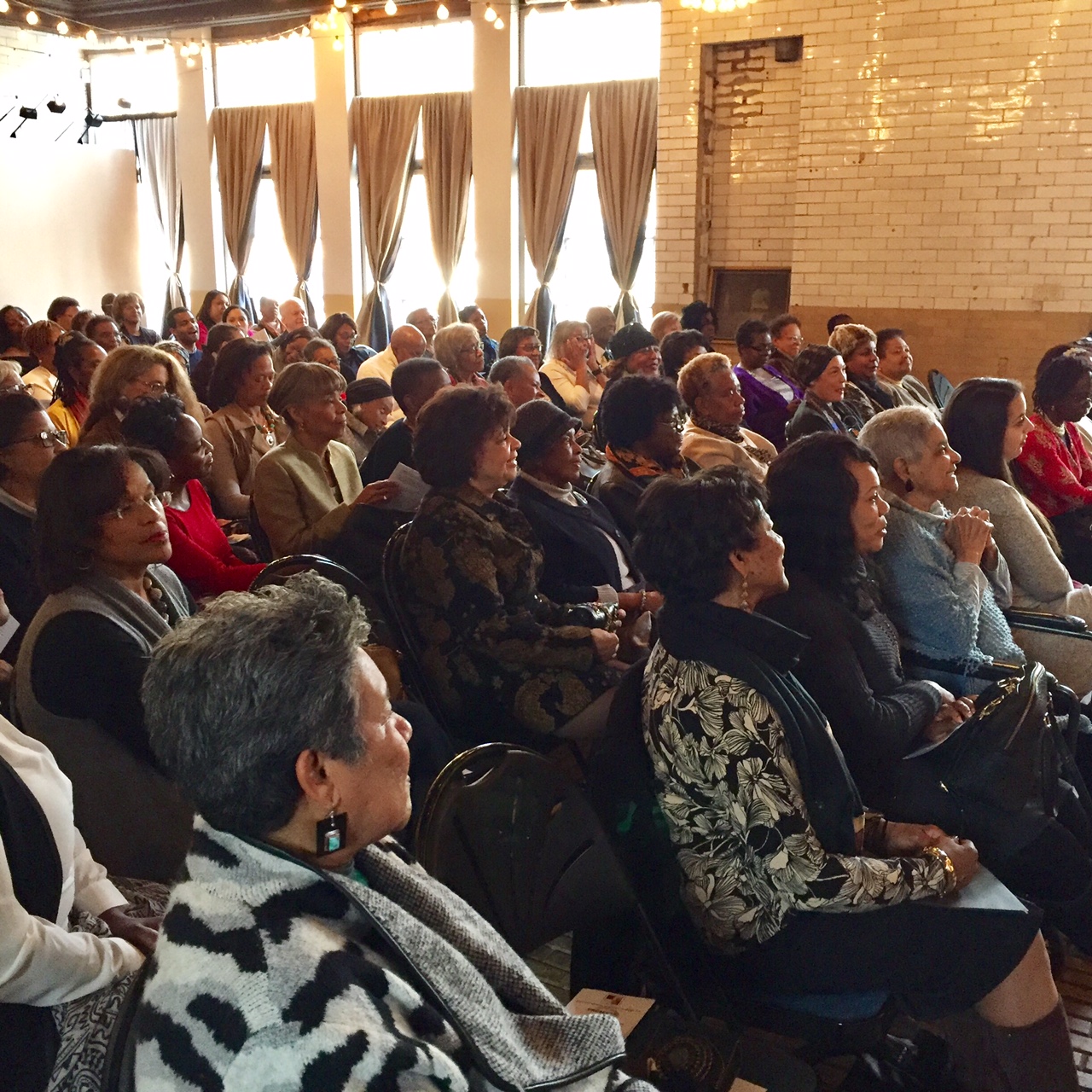 This past Monday, January 16, the Jay Heritage Center was honored to host the American Women of African Heritage (AWAH) and their MLK Literary Celebration for the third year in a row. Over 140 patrons of literary arts and cultural value enjoyed this superbly organized and enriching offering of readings and discussion with writers from the African Diaspora. Gwen Cort and Eddie Mae Barnes co-chaired this superlative event which featured lively readings from three distinguished authors: Dr. Daniel Black, Jennifer Davis Carey and Monica Michelle. A highlight of the program was a stirring vocal performance of “Faith that Conquers” by Lori Dixon-Stephens which received a standing ovation! Journalist Gayle Williams graciously served as Mistress of Ceremonies.

Dr. Black is a Professor of English and African American Studies at Clark Atlanta University/Morehouse College. He has authored many books, the most recent are “The Coming”, which tells the story of a people’s capture and sojourn from their homeland across the Middle Passage; and “Listen to the Lambs” which is an imaginative story of a family of people ostracized by society. This sad often funny story is told with great empathy and readily engages the reader. Jennifer Davis Carey, a native New Yorker with roots in the Caribbean and American South, is the author of “Near the Hope. Her first novel chronicles in detail and with empathy the journey of Dellie, an early twentieth century Caribbean immigrant to New York. The author’s attention to specifics related to time, place and culture honors every immigrant – their universal fears, hopes, struggles and joys. Jennifer holds undergraduate and graduate degrees from Harvard and has published opinion pieces in the Worcester Telegram and Gazette and a short story in the journal, Caribbean Writer. Monica Michelle is the author of an inaugural novel, “Lucky No.5”, which introduces Dr. Blase Melesse Morgan, a determined and successful dermatologist who, beset with loneliness, devises a risky campaign to find love. Recently, Monica was featured in ESSENCE MAGAZINE as their Reader of the Month. Through her writing, Monica hopes to show unique perspectives on relationships, love and life. After writing a poem, “Stixx”, she conceived the idea for “Lucky No.5” which she self-published through Novelista Publishing.

The event continues to grow each year as audiences appreciate this occasion to hear dynamic narratives by new and established African American writers. Past authors have been known locally and nationally for the transformative power of their literature and its significant impact on our society at large.