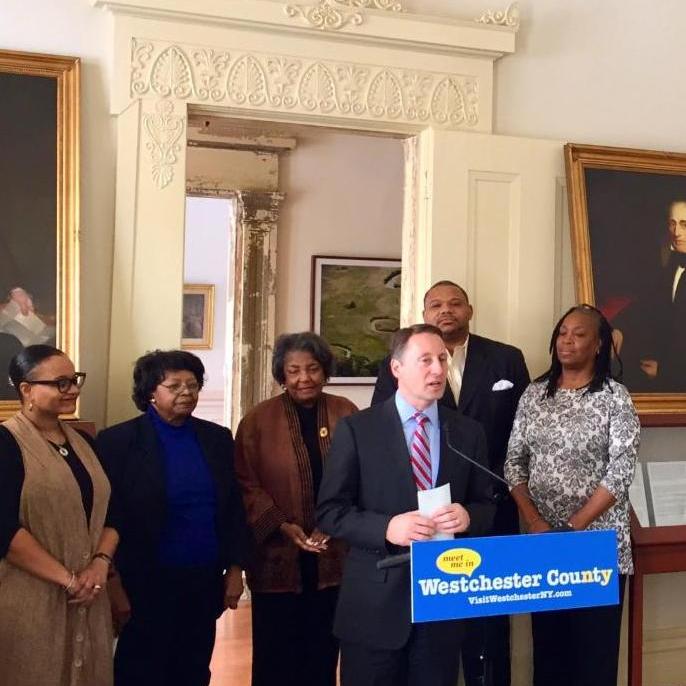 “Black History Month is a time to celebrate and reflect on the many contributions African Americans have made throughout the United States,” said Astorino. “Westchester County is home to several unique sites for visitors to observe this important month and our updated Guide to African American Heritage and History is a roadmap to discover the rich African American culture in our backyard.”

The guide, produced by the Westchester County Office of Tourism & Film, maps various historical destinations throughout the county that date back to the 17th century, and can be viewed online in its digital format. Natasha Caputo, Director of the Office of Tourism & Film, said this guide is designed to give visitors and residents the best way to explore the county’s historical landmarks.

“This guide gives visitors and residents alike a comprehensive way to follow our African American trail and explore the great historical landmarks we have here in Westchester,” said Caputo. “Not only does the guide have information about each destination on the trail, but we have included a map, information on events, art exhibits, notable Westchester residents and information on transportation and accommodations.”

In addition to promoting the history and heritage of African Americans in Westchester, Astorino and Edwards announced the honorees for this year’s Trailblazer Award ceremony.

For the past 18 years, Westchester County honors individual African Americans each year with this award for their commitment to service, and generous use of their talent, which together create a bright future for us all. Edwards, who has worked with the county to coordinate the Trailblazer Awards for the past 18 years, spoke about the significance of the Awards and how it has shaped the county.

“The history of African Americans in Westchester has significantly shaped the development and richness of Westchester County,” said Ms. Edwards. “The 2017 Trailblazers, who will be honored this next week, inspire us by continuing the legacy of our ancestors’ perseverance, while making a positive impact for future generations.

The 2017 Trailblazer Awards Honorees are as follows: