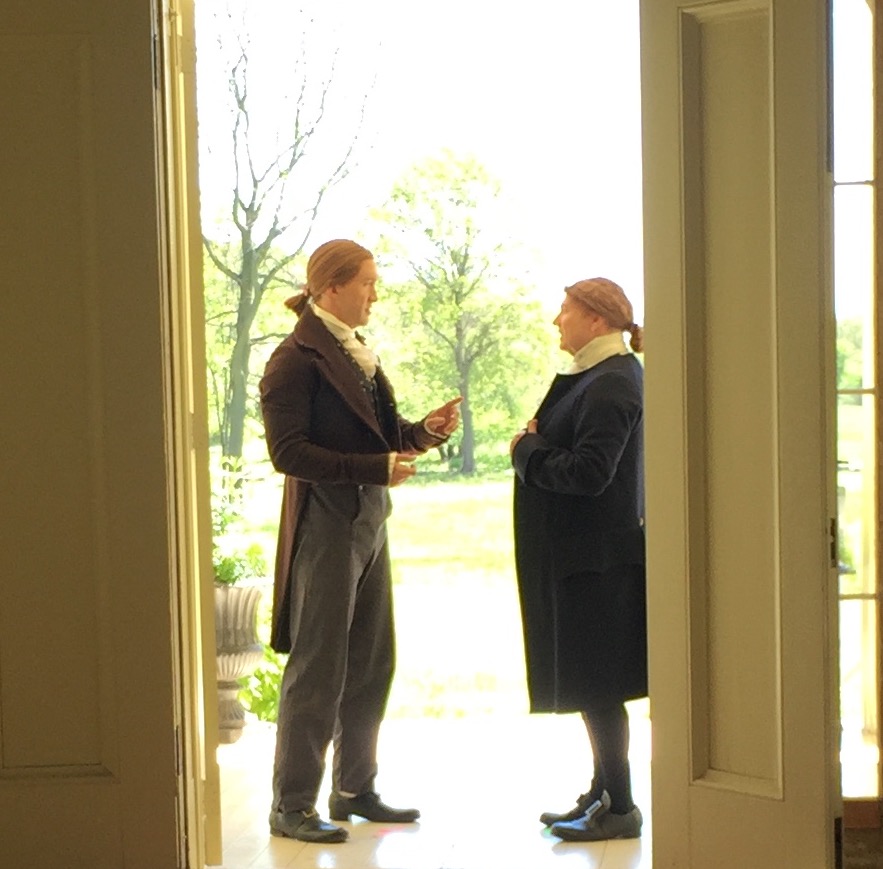 Where to film a documentary about Alexander Hamilton? How about at the home of his fellow Federalist, Founding Father and native New Yorker John Jay? Many scenes from this two-hour special called Hamilton: Building America were filmed in Rye at the Jay Estate in addition to Hamilton’s Grange in Manhattan; the show debuted on the History Channel on Sunday, June 11.

The program captures the extraordinary life and career of Alexander Hamilton, illuminating his role in helping to launch American financial and political machines, from the US Mint and Wall Street to the two-party political system. Interviews with Ron Chernow, Lin-Manuel Miranda, Tom Brokaw, Maria Bartiromo and Yale History professor Joanne Freeman, contribute to an all-encompassing look at one of our nation’s most creative minds.

For our staff and volunteers at JHC, it was a thrill to see Hamilton and Eliza Schuyler’s wedding recreated at the Jay Mansion  (front Portico) as well as Hamilton’s romance with Maria Reynolds (also front Portico) and the infamous Hamilton-Burr duel (old Apple Orchard). Other areas of the park that were utilized included the Jay Meadow (George Washington encampment scene), Drawing Room (shots of Hamilton writing the Federalist Papers),​ Dining Room (shots of Burr looking out he window) and ​rear Veranda (Jefferson and Madison conferring).
Certainly one of the most remarkable moments was seeing the duel re-enacted ​and realizing how common an event this was during that era (DYK John Jay was challenged to a duel but declined). We have been fortunate to host Prof. Freeman in the past whose lecture “Dirty Nasty Politics” was very insightful about the topic of “affairs of honor” – here it was being recreated in front of our eyes.
JHC hopes to do a screening of the program at our site in the future. Stay tuned!