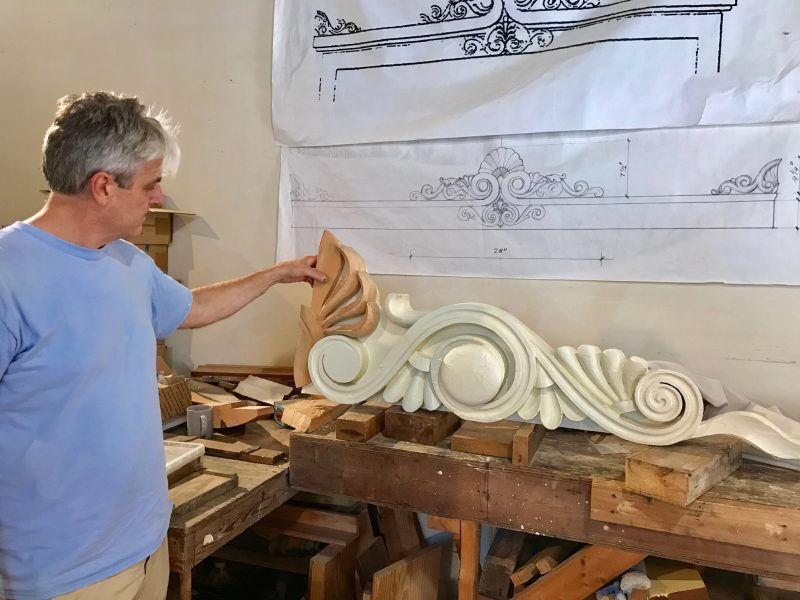 The 1838 Jay Mansion has long been the centerpiece of Rye’s prized Boston Post Road Historic District. Columbia University architectural historian Andrew Dolkart called the house “one of the most important buildings of its type in the country… Its symmetrical massing, bold scale, and grandly austere detail are an extraordinary symbol of the increasing wealth and power of America during the decade of the 1830s. The house also reflects the importance of the Jay family in a maturing nation.”

Preservation of this landmark and its intricate craftsmanship has been both a privilege and labor of love for the last 25 years. Modeled on the temples of the Greeks and Romans, the structural components of the building pay tribute to the ideals of these ancient governments that inspired the Founding Father. Protecting and maintaining the “visual vocabulary” of  democracy is a high priority for its guardian, the non-profit Jay Heritage Center (JHC). Funds generously donated by the public, private foundations and corporations get divided each year between rigorous protection of this American treasure and educational programs that explain the evolution of our shared heritage.

Just being watchful and proactive presents an ongoing challenge. Our team includes experienced board and advisory board members, staff and on-site consultants Ashwood Restoration. Last July, we noticed possibly signs of wear in our signature 179 year old pediment and accompanying elements. The beautiful center anthemion and the carved features on the far left and right corners were swiftly removed for inspection and repair.
We were pleased and relieved to find the central antefix and far right woodwork largely intact despite years of exposure to the elements. But one small section of the far left side corner of the pediment looked worrisome. Closer scrutiny revealed decay from the inside which had not been visible on the surface. What to do? Suitable old growth pine the same age as the rest of the ornament was found from a source in Brooklyn and hand carved to match. Small borate rods to protect the new wood from rot and insects were inserted. All work was documented, photographed and done to the standards of the Department of the Interior. Lastly, everything was painted and re-installed yesterday. A few snapshots of this fascinating process follow. Enjoy these photos below or better yet – come visit us and see this remarkable restoration in person!
Photo credit – Jay Heritage Center