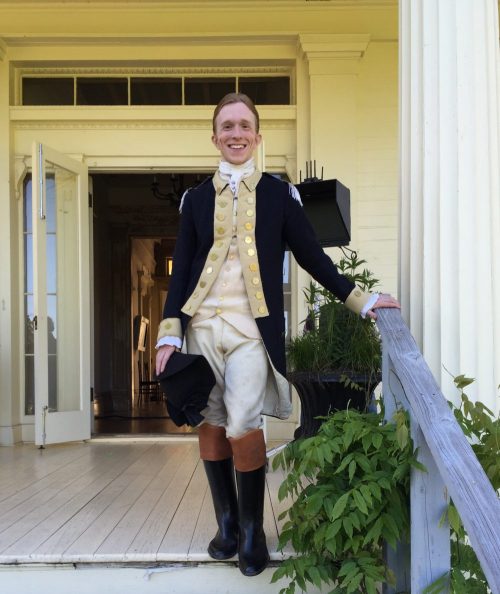 Over the last year, Westchester County has become the backdrop for popular television shows and films for networks like ABC, HBO and FX.

But besides the Hollywood appeal, that influx has also helped create jobs and provide tax credits in the film industry, while driving traffic to local businesses in the county.

“The film industry [has] a great economic impact,” said Ernie Karpeles, a location and scout manager in Larchmont.

Natasha Caputo, director of Westchester County Tourism & Film, a division of County Executive Rob Astorino’s Office of Economic Development that works with productions interested in filming in Westchester, called the revenue that film activity generates a “win-win” for the county.

Caputo explained that she expects to continue to see an upward trend in revenue obtained from productions in the county throughout 2017.

The financial incentive of filming in New York doesn’t stop at the local business level, however, as the film productions are also seeing a financial gain.

The New York State Governor’s Office of Motion Picture & Television offers a tax credit program that incentivizes productions to film in the state because they receive a tax credit on their qualifying expenses.

The eligibility and percent of tax credit received varies by type of production.

According to Madeline Belloff, a spokeswoman for Empire State Development, an economic development agency for New York state, there are 125 projects that have already applied for the film tax credit program this year. Those projects are projected to spend more than $2 billion with 138,102 hires across the state, she added.

What has made Westchester so popular for productions, Karpeles said, is that out of all of New York, Westchester is the easiest to get to.

He added that between Long Island and the five boroughs in New York City, the bridges and traffic required to get around creates a lot of expenses and makes travel difficult for film crews.

Karpeles also said that another reason people are choosing Westchester is that it’s full of diverse scenery, which can be necessary for a production.

Some of the most popular locations to shoot in Westchester have included Playland Park, the county airport and jail, and the Jay Heritage Center in Rye, according to Caputo.

In 2016 alone, productions like DreamWorks Pictures/Universal’s “The Girl on the Train,” USA Network’s “Mr. Robot,” and Showtime’s “The Affair,” filmed scenes in Westchester.

This influx of film production doesn’t come without some interference with residents in the community though.

“I never like to sugarcoat it; the film industry can be disruptive,” Karpeles said.

He explained that the productions can be hard on the tenants when streets are blocked off and parking is taken up by crews.

While Karpeles acknowledged that film crews can get in the way, he said their “goal is to be invited back.”

One city that film crews have been seeking out is White Plains.

White Plains Mayor Thomas Roach said that the city government tries to alleviate the impact of filming on residents by working with the local police and keeping in close contact with the production crews.

Roach said that overall, they don’t receive many complaints and that most of the calls involving filming are people wanting to know what movie is being shot where, and what movie stars are in it.

Most recently, White Plains was home to Amazon’s “Sneaky Pete” created by Bryan Cranston and David Shore, and the Steven Spielberg film, “The Papers,” which is slated to be released in theaters this December.

“With all of the filming that’s happening this year, and all of the scouting requests we’re receiving, we expect 2017 to be a great year for film in Westchester County,” Caputo said.