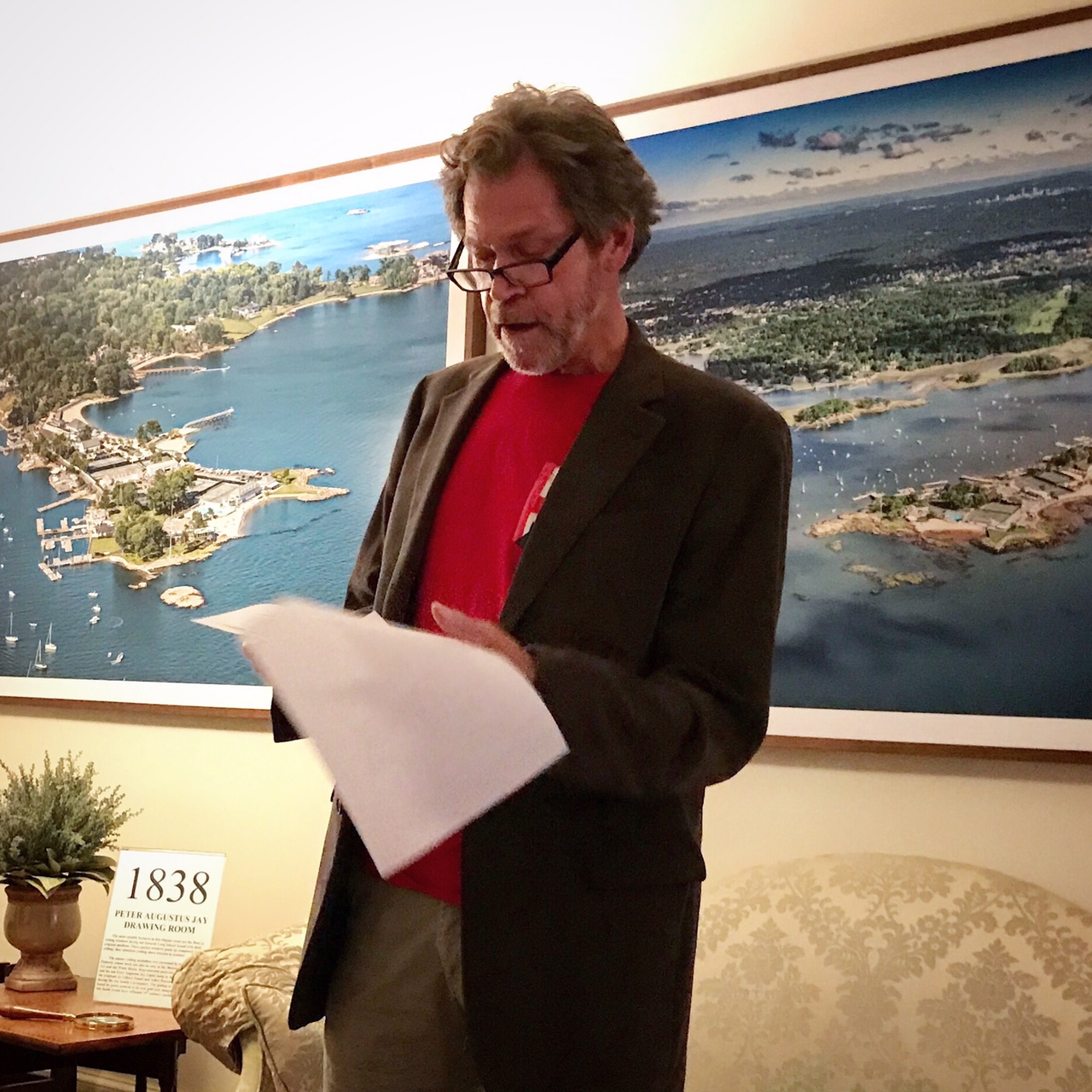 What sparks a lifelong love of the water? Is it nature or nurture? Or a yearning for autonomy that is satisfied by a full sail and a luring current? Author Charlie Doane, Cruising Editor of SAIL Magazine read pages from his newest book “The Sea is Not Full” to a well provisioned crowd of sailors aged 7th grade to 70 years young. He recounted growing up in Maine and navigating skiffs and duck boats on the Kennebec River. He prompted knowing smiles and chuckles as he reminisced about building his first hydrodynamic vehicle, a styrofoam hulled Sea Snark that cost all of $88 and a few Kool cigarette carton tops contributed by his parents. These were the modest beginnings of a nautical resume that today includes seven transatlantic bluewater voyages!

Charlie has also published articles in The New York Times, Yachting World and Cruising World, among many others. Many fans also follow his prize-winning blog WaveTrain. He has completed seven transatlantic voyages, including most recently a voyage from France to New England aboard his new boat Lunacy. His other voyages include singlehanded passages between New England and the Caribbean; several distance races, including the Newport-Bermuda Race, the Fastnet Race and the Sydney-Hobart Race. ​He is one of many accomplished sailors in the Jay family, including John Clarkson Jay, one of the founders of New York Yacht Club, who lived in Rye at the Jay Estate​​.