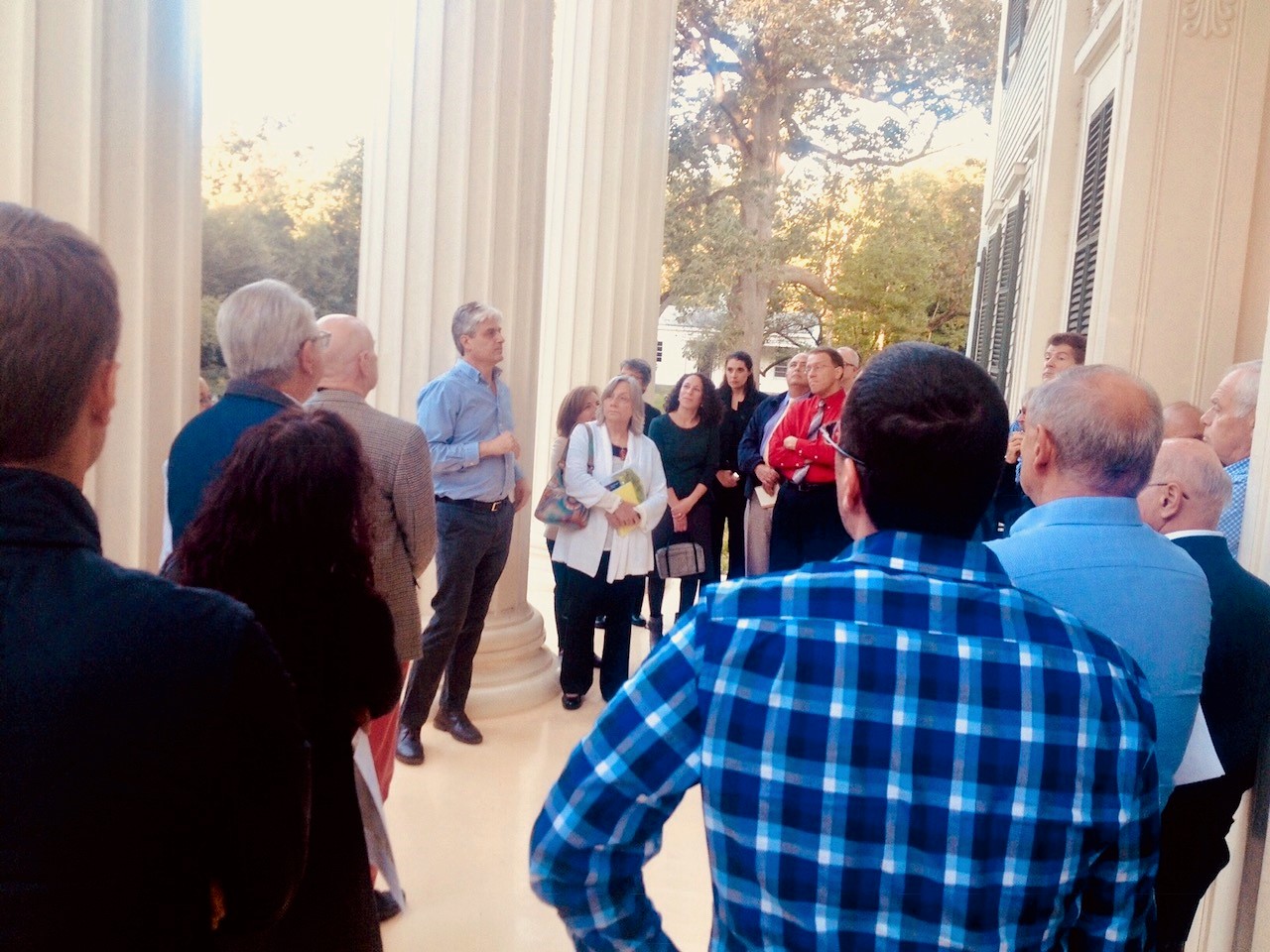 The Jay Estate in Rye is where one of our nation’s Founding Fathers, John Jay (1745-1829) grew up as a young man. Thanks to the efforts of its subsequent owners who cherished it and community advocates who saved it, this sylvan and historic 23 acre oasis, once part of an expansive 400 acre farm, still boasts a magnificent 10,000 year old view to Long Island Sound and is now open to the public. For visitors, it provides a rare and truly breathtaking window into our past and a glimpse of the horizons and opportunities that Jay and his descendants saw for our new country.  Join us for a docent led tour of the 1838 Jay Mansion when tours of the mansion resume on Sunday, April 8, 2108. See the ongoing restoration efforts of this Greek Revival masterpiece, the only one of its kind open to the public in the lower Hudson Valley. Built by Jay’s eldest son, Peter Augustus, it sits atop the footprint of John Jay’s childhood home and reincorporated into it are the original timbers, shutters and nails from the 1745 farmhouse called “The Locusts.” Visitors can literally see the layers of history being uncovered here by artisans in the preservation process.

This landmark place on New York State’s Path Through History is the crucible where the character of a patriot was forged. Jay served his country in every branch of government – as a spymaster during the Revolutionary War; as a diplomat and Minister to Spain; as a negotiator of the Treaty of Paris and the Jay Treaty; as an architect of our state’s constitution; as an author of the Federalist Papers; as our first United States Chief Justice; as Governor of New York State; and as an anti-slavery advocate who founded the New York Society for the Manumission of Slaves and signed the Gradual Emancipation Act into law. Jay’s accomplishments are many and his legacy to future generations is immeasurable. But so too are the legacies of all the men and women, enslaved and free, who lived or worked here and left their imprints on this very same quintessentially American landscape.

Our role is to trace and examine the paths that led them all to this place so you can follow. Hear stories about famous figures like telegraph inventor Samuel F. B. Morse or American novelist James Fenimore Cooper who walked these grounds and depicted the Jay home and household in his first popular tale “The Spy.” Imagine Triangle Shirtwaist Factory heroine Daisy Lopez here in Rye escaping the city’s oppression in the early 1900s. Learn about the Paleo-Indians who harvested oysters and paddled in Milton Harbor and left behind traces of their campsites. Who were Mary, Plato, Sylvia, Venus and Caesar Valentine? They were enslaved individuals who labored here but were also freed and buried here; new scholarship surfaces every day and helps us retrace their steps so you can too. From the immigrant Irish and Italian servants who stocked the pantries and icehouse, to the gardeners who groomed boxwood parterres, to the farmhands and coachmen that made this place function – you will discover their stories here.

Tours are free but donations are welcome!