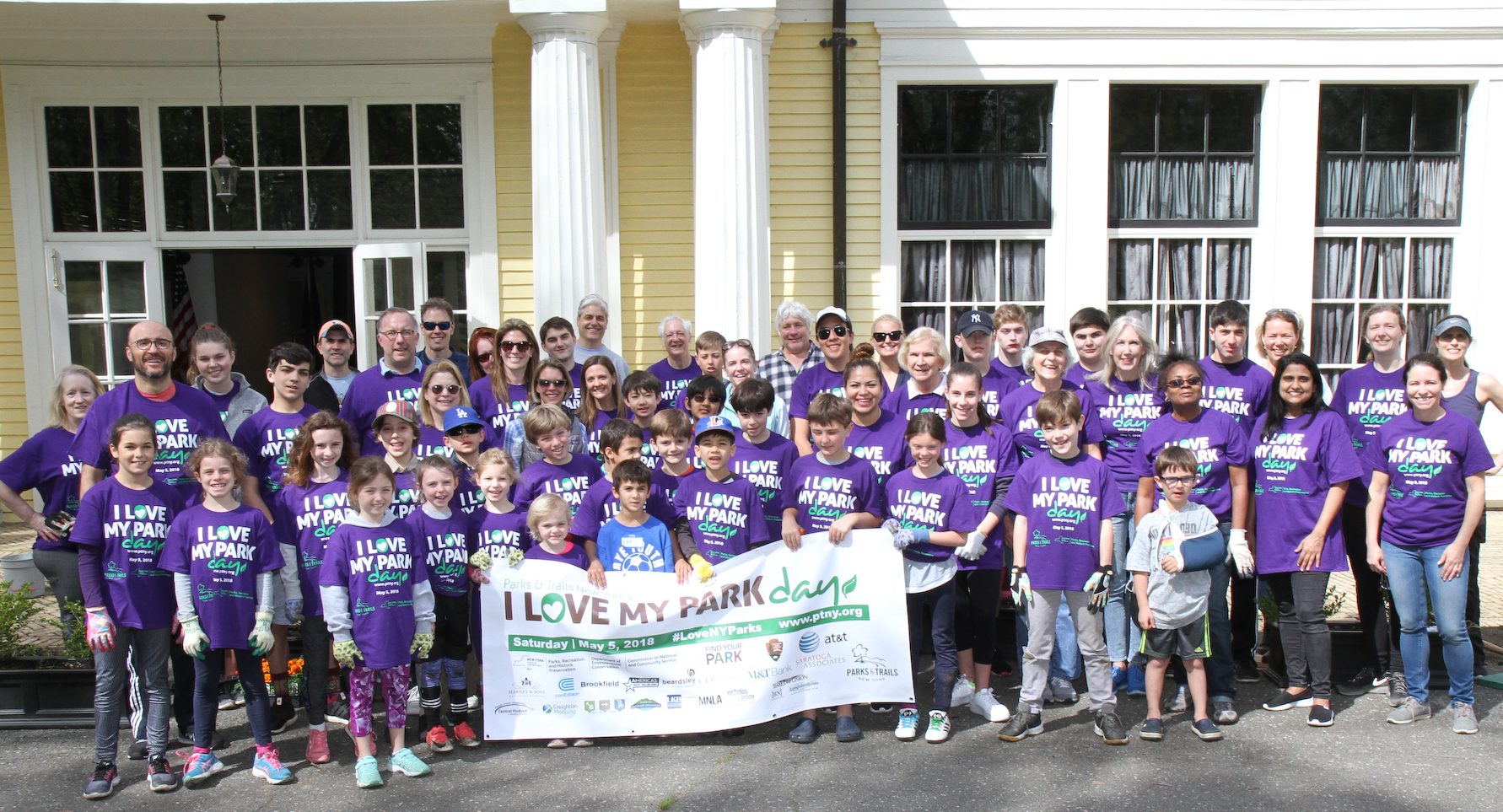 May is Preservation Month and for the 7th year in a row, volunteers showed the historic Jay Estate their love and dedication! Over 70 people turned out on a picture perfect May morning for I Love My Park Day to help beautify one of the few state parks in Westchester and the only state park in Rye, New York. Most of the day’s projects were focused upon a 1907 Carriage House that was once used as a stable for horses. It has now been rehabilitated into an enormous classroom and exhibit hall with outdoor patios. This sunny yellow Classical Revival building is the epicenter for many of the lectures, concerts and programs hosted by the Jay Heritage Center– in fact just the day before it had been filled with 120 7th graders from Yonkers on a class trip – so making it look cared for and welcoming was a top priority.

Still others like Denise Dunn removed poison ivy while mother and daughter teams like Kingsley and Carson Rooney and Emma and Molly Hanratty pulled out invasive garlic mustard along walkways. Connor Owen and the Providenti, Energan, Holtman, Dougherty, Colella, Edwards, Pye and Casey families raked leaves from interior pathways and created a new compost pile. Newly elected Senator Shelley B. Mayer came to thank everyone for their diligence and enthusiasm. The ultimate rewards for these volunteers? Pride in their work, a safe and more accessible public park, and a scoop of delicious Longford’s ice cream at the end of the day! Photos by Cutty McGill