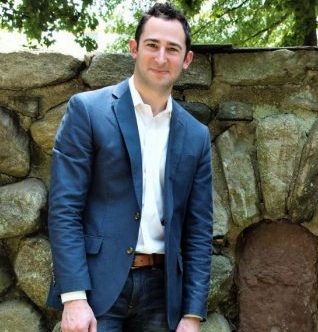 On Sunday July 29th at 4pm, join us for a whirlwind documentary tour of 10 streets that influenced the way we travel around these United States. Come for a private screening of PBS’ newest feature, 10 Streets that Changed America. The screening will be followed by lively conversation with author and journalist Eric Jaffe. A cocktail reception will follow at the Jay Mansion which looks out on America’s oldest highway, the Boston Post Road. BUY ADVANCE TICKETS HERE.

This fascinating film traces many familiar routes from Manhattan to Rye including the 400-year evolution of Broadway: from Native American road, to Dutch trading route, to the home of America’s earliest public transit, to an electrically-lighted theater district known as the “Great White Way.” Westchester residents will take special interest in the ride from Boston (where more than a dozen historic mile markers have recently been restored) to New York on a dirt “highway”, which was created for the nation’s first mail carriers – a section of this road was designated a National Historic Landmark by the National Park Service in 1993 with the home of Founding Founder John Jay as its keystone.

Eric Jaffe will introduce the program and answer questions afterwards. He is the author of The King’s Best Highway (2010), a social history of America’s first postal route, and A Curious Madness (2014), a family memoir about a World War II war crimes mystery. He is a former journalist who most recently served as New York Bureau Chief for CityLab, the Atlantic’s urban life channel. He is currently Editorial Director of Sidewalk Labs, an Alphabet company that uses technology to improve urban life.

$10 for JHC Members and Members of the Harvard Club of Westchester; $15 for General Admission. All proceeds benefit continued preservation of the 23 acre Jay Estate.

CAN’T JOIN US? You can still watch the 54 minute episode online or see the Jay Mansion, our milestone and an interview with our archaeologist Eugene Boesch in a 3 minute segment here