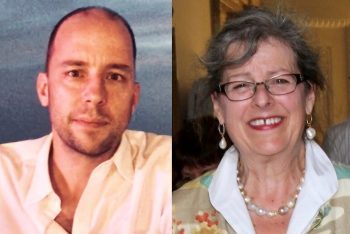 Joris van Roijen is a strategy consultant at Ernst & Young Consulting, specializing in transforming global operating models to align with a company’s global strategy.  Prior to EY, he held various positions at Deloitte Tax in both the Netherlands and the US.  Joris is a member of the Greenhaven Rye Association and an officer of the Board; after serving 1.5 years as its Treasurer, he is now serving his fourth year as President of the Association which represents more than 300 Rye households.  He has an interest and experience in the art world and hopes to expand upon JHC’s collaborations with notable Manhattan and global cultural institutions and events.

Joris was born and raised in the Netherlands and moved to New York, NY, almost 11 years ago in September of 2007.  He moved to Greenhaven, Rye, in the summer of 2011 where he still lives with his wife Anne Marie and their Dutch born daughter and two sons, both born in the US.

Griffen Samples is a Jay descendant who followed in her forbears’ footsteps with a career in service.  She worked in international relief and development for several decades, from Peace Corps as a Volunteer (Cameroon 83-85, where being posted in the Anglophone zone she learned West African Pidgin & coincidentally saved her French) followed by five years at Peace Corps HQ, then CARE, Women’s World Banking and most recently, Mercy Corps.

Since 9/11 her focus shifted to Comfort for Kids, a trauma education programs that assists at risk children and families affected by the conflict and disaster from securing and training staff, materials development, and leading training.  Griff led the New York response for almost 3 years and consulted on subsequent programs start-ups including China, Gaza, Haiti, Japan, Liberia, New Orleans and Peru. Her work for the past decade has centered on genetic research and most recently, genealogy – she’s currently digging into the role of Pierrepont men and women in Brooklyn and New York up through 1940, when the last Pierrepont in Brooklyn died.