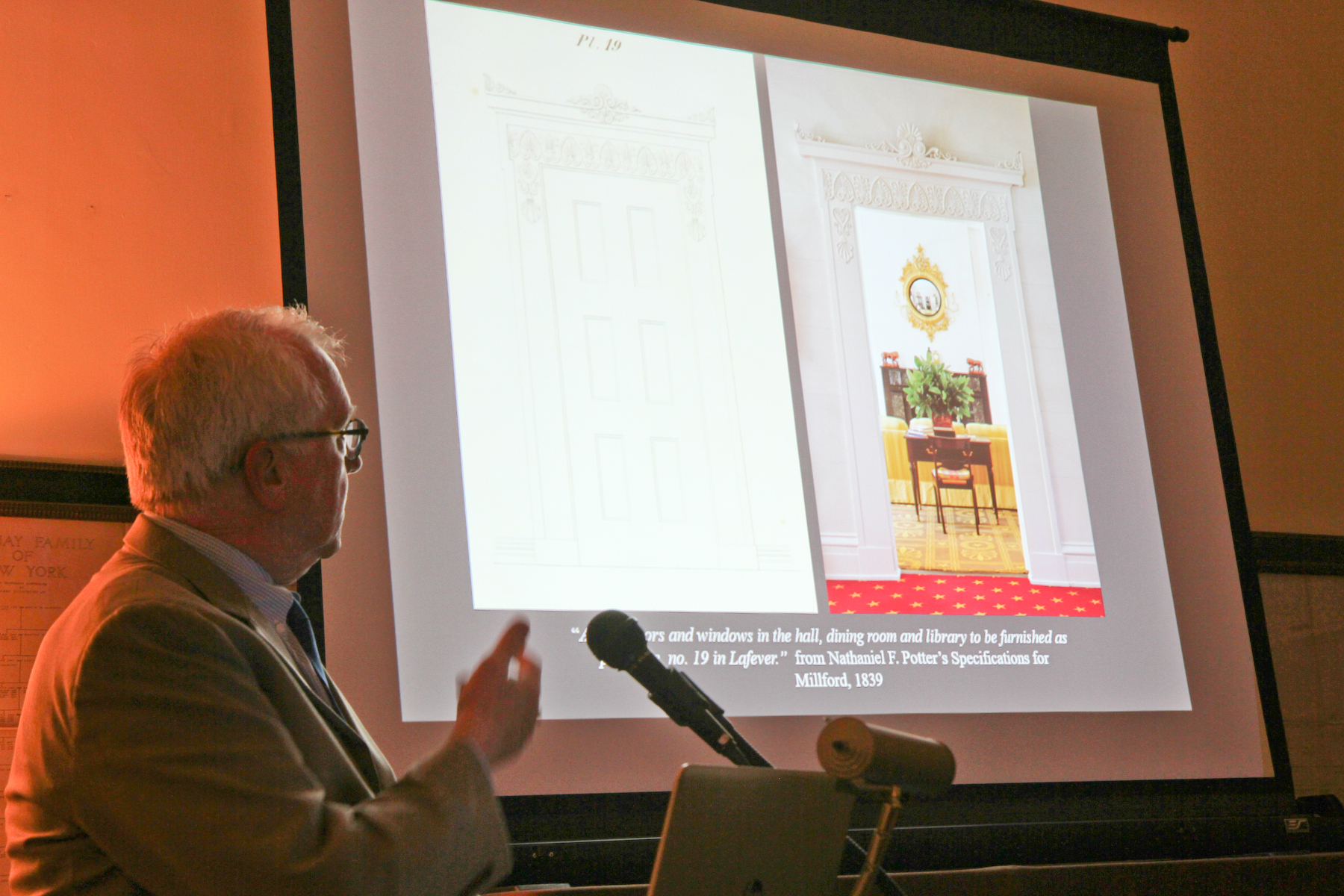 On Wednesday, September 12, members of the Jay Heritage Center were mesmerized by Peter Kenny’s superlative presentation on the architecture and furnishings of the late Richard Jenrette’s South Carolina house, Millford. Millford is one of six exquisite properties belonging to the Classical American Homes Preservation Trust. Kenny, a recognized expert on American design of the 18th and early 19th century, is the current Co-President of CAHPT. With over 30 years experience as Ruth Bigelow Wriston curator of American decorative arts and administrator of the American Wing of the Metropolitan Museum of Art, no one could could surpass his expertise in comparing the 1841 Millford Mansion and “cousin” the 1838 Jay Mansion side by side, drawing inferences about similarities in their construction and highlighting examples from the pattern books that likely inspired their owners and builders.

Though each of these buildings was once filled with mahogany or rosewood chairs, pier tables, and more, only Millford has much of its original contents thanks to the stewardship of Jenrette, CAHPT and Kenny. Sharing his deep understanding of this rare, intact collection of Duncan Phyfe pieces, Kenny’s extolled the New York cabinetmaker’s artistry and marketing challenges while also painting a picture of Phyfe’s clientele and the atmosphere of the budding furniture industry as a whole.  As a deft narrator and experienced educator, Kenny engaged his audience completely, including colleagues from the art, architecture and antiques world. JHC Members were invited to make a sojourn to Millford in the future!

The talk was co-sponsored by the Harvard Club of Westchester.