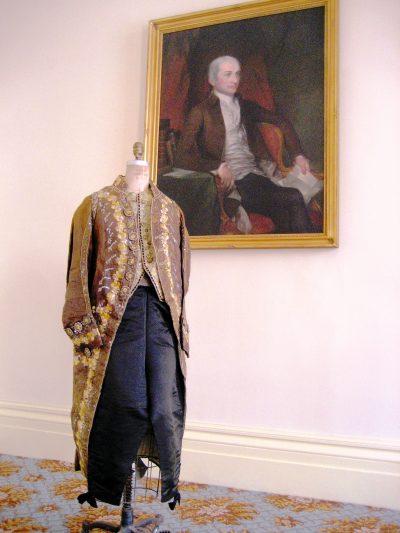 SAVE THE DATE – DECEMBER 8 at the JAY ESTATE In July 2016 the Congress of the United States passed and President Obama signed Public Law 114-196, the “United States Semiquincentennial Commission Act of 2016.” This law’s purpose was to …

… Establish a Commission to provide for the observance and commemoration of the 250th anniversary of the founding of the United States and related events through local, state, national, and international activities planned, encouraged, developed, and coordinated by a national commission representative of appropriate public and private authorities and organizations.

Revolutionary Westchester 250 is a private group being organized as a not-for-profit corporation to further the purpose of the Semiquincentennial Commission by providing for the observance and commemoration of Westchester County’s pivotal role, in American Independence and in the Revolutionary War.

Our county has many powerful and heroic narratives to tell of the famous (including John Jay, Alexander Hamilton, and George Washington), the infamous (including Benedict Arnold, British officers Major John André, John Graves Simcoe and Banastre Tarleton), and the unsung (free Blacks, enslaved Africans and Native Americans who fought in the Continental Army as well as Quakers, women, children, and part-time militiamen) who supported the effort. These stories belong on the same stage of history as any told in Philadelphia, Boston or Virginia.

In 2018 and 2019 our mission is “to engage with all our local communities to build public awareness, excitement, recognition and capacity for the local efforts, programs and celebrations of the critical and sustained role Westchester County played in the American Revolution.” We are already on our way with this effort assisted by the strong cooperation of the Westchester County Historical Society.  So far, we have reached out to numerous municipalities and heritage groups in the region and gained support from the Westchester County Office of the County Executive, the Department of Tourism and Film and a number of city, county and state elected officials.

We are especially pleased to share the news that on Saturday, December 8, 2018, we will launch our first community-wide event, organized through the Westchester County Historical Society, and held at the Jay Heritage Center, Rye, NY. The public is invited to attend this press event that will feature a panel of lively and scholarly presenters indoors and family-friendly outdoor interactions with American Revolution era re-enactors. CELEBRATING WESTCHESTER COUNTY’S REVOLUTIONARY WAR HISTORY: THE FAMOUS, THE INFAMOUS AND THE UNSUNG.