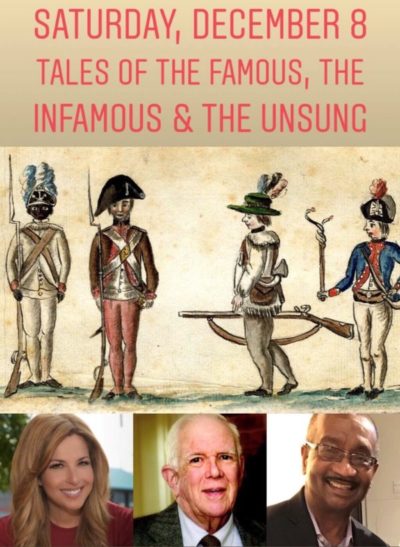 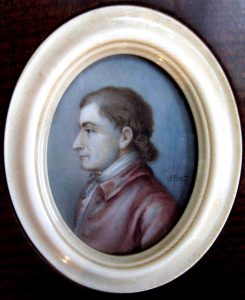 at the home of Westchester’s most famous patriot, John Jay
Be at the place where it truly happened! Join us for the launch of Revolutionary Westchester 250 with a full day of historic program, indoors and outdoors for every age. Learn about life during the turbulent times of John Jay, Benedict Arnold, Ann Miller, Aaron Palmer and George Washington.
Updated Schedule and Activities
11:30am in the Jay Meadow – Enjoy musket drills & musical performances from over two dozen historic re-enactors from the Hearts of Oak Militia and the 2nd New York Provincial Battalion. Hear the Fife and Drum Corps! Stroll the historic grounds where John Jay returned to celebrate the treaty he forged to end the Revolutionary War! Enjoy a complimentary frozen hot chocolate treat from Jimmy’s Soft Serve Truck until 2:30

12 Noon at the Jay Mansion – Meet CBS anchor and Yonkers First Lady, Mary Calvi, author of Dear George, Dear Mary: A Novel of George Washington’s First Love, Mary Philipse. Hear about Washington’s romance with a Loyalist that may have been thwarted not only by the British but by John Jay’s brother Sir James Jay. Pre-order your advance copy from our favorite bookseller in Rye and take home favors from St. Martin’s Press.

12:45 at the Carriage House – Actors from Storyhorse Theatre will share excerpts from their compelling drama “The Kept Private” about a 93 year old black farmer named Andrew Frazier and his pension application for his service in the Revolutionary War – was he enslaved or free at the time of his service? If enslaved did he deserve compensation?
1:15pm at the Carriage House Lunch bites available for purchase. Pose for photos with our re-enactors or speak to these living historians about their uniforms and the battles they recreate. 2nd performance of Fife and Drum Corps.
1:45pm at the Carriage House – Opening remarks by the Honorable County Executive George Latimer and JHC President Suzanne Clary. Introduction of Revolutionary Westchester 250 Director Constance Kehoe and Westchester Historical Society Executive Director Katie Hite and speakers. Presentations about diverse topics including:
4:00pm at the Carriage House – Concluding remarks, refreshments, and musical 273rd birthday toast to John Jay by the Yale Spizzwinks (because no one should go unsung on their birthday!)
This day-long FREE Program has been organized by Revolutionary Westchester 250 in cooperation with The Westchester County Historical Society, Jay Heritage Center, The Westchester County African American Advisory Board and Westchester County Tourism.
Funding for this community event was provided by the Jay Heritage Center.
For further info, visit www.jayheritagecenter.org or email Connie Kehoe at 1776RW250@gmail.com
Event is FREE but RSVPs are requested for planning purposes. Sign up here: https://conta.cc/2QXW0PJ

About our speakers and presenters! 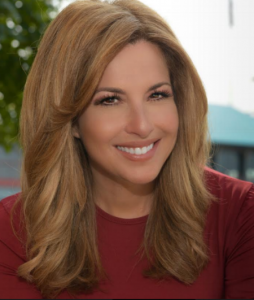 Mary Calvi  is a nine-time New York Emmy award-winning journalist and television news anchor in New York City. She is also First Lady of the City of Yonkers. Mary spent years wondering about the heiress who lived in the grand Philipse manor in her hometown. Curiosity propelled her to do extensive research poring over thousands of documents over several years. Her resulting debut novel will leave you second guessing about what you’ve known about George Washington in his youth. Prepare to be swept away into the 1700s, from breathtaking scenes of New York’s polite society to battlefield victories in Harlem and beyond. Dramatic portraits unveil a Washington on the precipice of greatness, who is also a writer of romantic poetry and a fine dancer and enamored of Westchester heiress, and Loyalist, Mary Eliza Philipse whose beauty and refinement disguise a deep and complex inner struggle. Historical figures, including Alexander Hamilton, John Jay, Daniel Boone, and Nathan Hale, help weave an intricately told story of love, deception, & vengeance.  Mary Calvi serves as a board member of the Hudson River Museum. 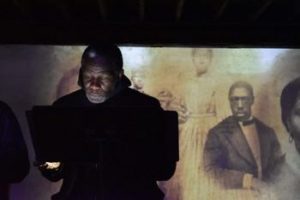 Storyhorse Theatre is a documentary theater project based in New York’s Hudson Valley and founded by actors, writers and directors Mary Stuart Masterson and Jeremy Davidson. The stories they present are inspired by transcribed conversations with the people of our communities, historical documents, and other primary sources, focusing on the social, political, environmental and medical issues we face. These authentic narratives are brought to life by actors in multimedia staged readings. The Kept Private is based on Based on an Earth Science survey of the African American burial grounds in Rhinebeck, historical documents, conversations about race in our communities, and the 1834 Revolutionary War pension application of a 93 year old black farmer from Milan named Andrew Frazier. 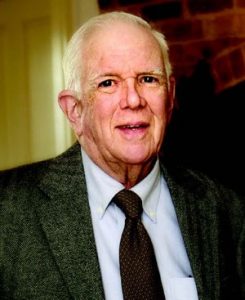 Gray Williams, an award winning historian, grew up in Chappaqua and together with his wife Marian raised his family there. He is well known for his many years of devoted service with the New Castle Historical Society as well as his work on the restoration of the home of American author and statesman Horace Greeley. He has preserved and interpreted local historic artifacts, documents, and stories to truly serve broad cultural and heritage goals in his community and beyond. He currently serves as a trustee of the Westchester Historical Society and helped edit their recent publication Westchester County: A History, working closely with fellow historian Field Horne the author and Westchester County Historical Society Executive Director Katie Hite. Gray is perhaps best known for his authoritative catalogue of Westchester’s architectural treasures, Picturing our Past, an exceptional collection complete with numerous photos and renderings of more than 165 National Historic Register sites in the County. His most recent publication is a short illustrated history, Horace Greeley and the Greeley Family in Chappaqua. In addition to research reports, histories of landmarks and exhibitions at the Horace Greeley House and Museum, Gray has a special interest in the eight graveyards in New Castle–the Quaker graveyard, Fair Ridge Cemetery, and six abandoned family burying grounds. 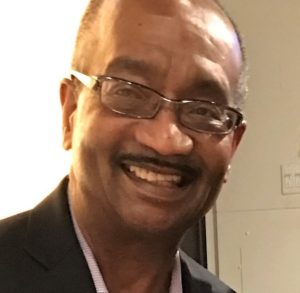 George Harmon has an extensive background in human resources, employee relations, conflict resolution, diversity and general management having worked early on at the New York State Department of Labor, the Urban League, Deloitte and the New York City Human Resource Council. At Deloitte he was Senior Manager of Diversity for the Northeast Region  He has been recognized for his mentorship as a Harlem YMCA Black Achiever in Industry and Volunteer of the Year in 2010. He was further recognized by Rutgers University for his work mentoring women college students. He established his own consulting firm GB Harmon Consulting upon leaving Deloitte in 2011 specializing in the areas he worked in over his career.  Mr. Harmon has been an Adjunct Professor of Human Resources, Management and Organizational Behavior at Mercy College, Marymount College and Fordham University, Manhattanville College and The French Institute of Management. His love of history was instilled in him by his father John, Director of the Afro-American Cultural Center. John was Co-Chair of the Planning Committee for the First Rhode Island Regiment dedication in Yorktown in 1982 that championed the idea of placing the black members of the regiment into their proper place in Revolutionary War history. He has been active with the African American Trailblazers of Westchester. George Harmon resides in Hastings on Hudson, NY and is married to Shirley V. Harmon; they have two daughters Nicole and Tatum and two grandchildren, Chloe and Scott Nicolas. 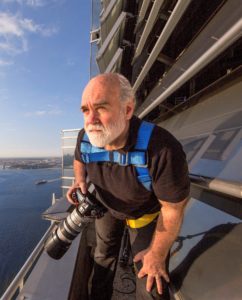 Frederick Charles is a New York-based architectural photographer whose work has appeared in Preservation, Smithsonian, Architectural Record, Landscape Architecture, TIME, Newsweek, and LIFE magazines. He has documented award-winning restoration projects—the Pierpont Morgan Library and the New York Botanical Garden Enid Haupt Conservatory—both recipients of the New York Landmarks Conservancy’s Lucy G. Moses Preservation Award, and the Eldridge Street Synagogue and Lever House, winners of the American Institute of Architects Award for historic preservation. Fred’s yearlong landscape project for LIFE magazine, “The Four Seasons: A Year in the Life of an Orchard,” won an Alfred Eisenstaedt Award for Magazine Photography. His passion for history and stewardship is reflected in his Hudson Valley projects. In 1993, Fred founded the Save the Aqueduct Committee which lead to the revitalization of the Friends of the Old Croton Aqueduct (FOCA) where he served as FOCA President from 1995-98 and as a Board Member through 2010. His key FOCA projects include the award-winning Old Croton Aqueduct trail map, and initiating the restoration of the 1850 Keeper’s House in Dobbs Ferry. Fred’s work on the Battle of Edgar’s Lane 240th Commemoration began in 2016. He is the founding member of Revolutionary Hastings and lives in Hastings-on-Hudson with his wife, Eileen and their three children. 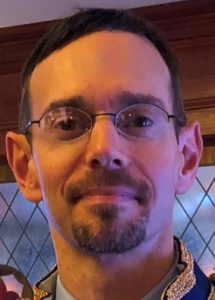 Erik Weiselberg, a Westchester County native, holds a Ph.D. in U.S. History from the University of Oregon (1999), and has been a social studies teacher in Westchester for over 18 years.  His scholarship has included the study of early mountaineering in Oregon’s Cascade Mountains and the German Alps, and the influence of Washington Irving on the culture and folklore of the lower Hudson River Valley. Dr. Weiselberg has served on the board of the Irvington Historical Society, and in 2011 he curated an exhibit on “The Stories of Washington Irving and the Brothers Grimm.” At Irvington High School, he developed the “Tomorrow’s Historians” Student Research Symposium which allowed young people to present their US History papers in a public forum. Last summer, he conducted research to determine which soldiers of the Revolutionary War might have lived in the area that became Irvington, and his research resulted in the addition of nine family names suitable for inclusion on the renovated Veterans’ Memorial Plaza on Main Street.  The project inspired Dr. Weiselberg to research not only the names of those who served, but the stories of everyday people other than soldiers who were active participants in the war in Westchester, including women, children, African Americans and Native Americans.