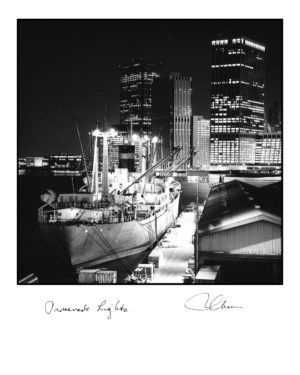 The Jay Heritage Center is delighted to present “Manhattan Seascapes—1970s” by Robert Gambee at its 1907 Carriage House, 210 Boston Post Road, Rye, New York.  A substantial portion of the proceeds from photographs purchased at the reception will benefit locally designated charities of the buyer’s choice including Jay Heritage Center, Rye Historical Society, Rye Arts Center, ArtsWestchester and Spread Wings Foundation. It’s a perfect opportunity to pick out unique and exceptional gifts for friends, family or yourself while also supporting our community non-profits!

Robert Gambee has been photographing for 50 years, primarily in the United States, but also in Western Europe as well as Asia. He has published seven books with color photography and three with black and white photography.

Robert Gambee has served as the Official Photographer for the Federal Reserve Bank of New York, Cunard Lines, Phillips Exeter Academy, Scottish Development Authority, and others. He is a Rye resident.