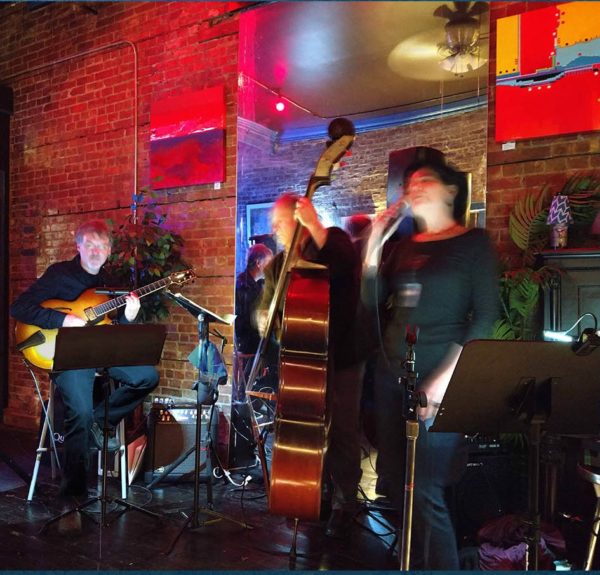 Join us for Bluegrass, jazz, or R & B accompanied by seasonal beverages, bites and more at the 1907 Van Norden Carriage House. Come hear how incredible the acoustics can be in this historic structure. Limited ticket availability. 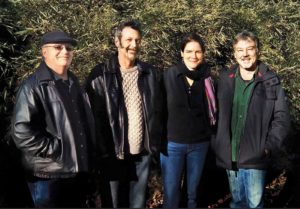 McDuffie can make you stare straight down the barrel of a tough current truth one minute, and the next have you thinking about how much pure, complex, welcome power lies in a simple love song. The influences run deep, and though almost no music isn’t an influence, there are some key voices that lie under this sound: The Temptations, Elvis Presley, Neil Young, Odetta and Joni Mitchell. The arrangements have an old-fashioned feel though the message is insistently current, and the musicianship is always solid – at times downright sublime.While she writes jazz songs in both old and new styles, the jazz sensibility has added a whole new field of color across the her folksy blues and added a complexity and richness to the music that you don’t often hear.
Joining Margaret will be Steve Raleigh on guitar, Art Labriola on keys, and T. Xiques on drums. All are exceptional – Labriola is a winner of a Grammy, an Emmy, and a Clio. Buy tickets now 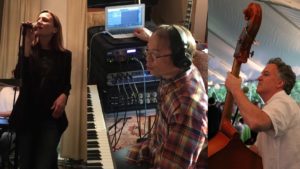 Friday, April 5th, 7:00 – 9:30 pm – Ken Dircks Trio with special guest, Steph Chinn.  The trio formed in 2016 when Ken, Nicole and Paul, as local Larchmont musical parents, were experimenting with a larger ensemble of New Orleans speakeasy jazz.  Paul plunked “Beatrice” by Sam Rivers during a break; Ken followed along for a few notes on standup, and Nicole declared “hey we should do something with this!” The Ken Dircks Trio was born.

Ken Dircks: (Bass) Has created and contributed to many local acts including Suzy’s Garage, Bad Dads and The Chrissy G Project. Ken’s roots in hard rock, punk and ska add to the unique energy of the trio. Paul Huang: (Piano) Has been playing jazz piano for over 40 years. Steph Chinn: (Trumpet) He is in his 26th year of teaching elementary choral and general music in the Mamaroneck Schools. Nicole Alifante: (Vocals) Nicole is a NYC based actress turned singer/songwriter.  Tickets on sale soon! 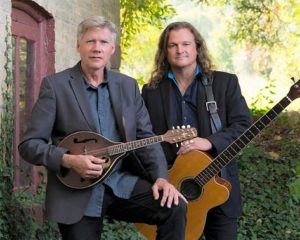 The award-winning duo of Brian FitzGerald and Martin McCormack. Switchback draws on traditional Celtic music and original Americana songs that reflect their Irish heritage and Midwestern roots. Playing an exciting mix of mandolin, guitar, and bass, their harmonies have won them comparisons to famous duos, such as the Louvin Brothers, Everly Brothers, & Simon and Garfunkel. Music Connection Magazine said: “The words ‘American Roots & Celtic Soul’ only begin to describe this act, whose vocal prowess is as pure as it is unique.”

“Playing everything from bluegrass to country to blues to jazz and rock ‘n’ roll, with Celtic thrown in as well, Switchback has been on the road since 1993, stopping only long enough to create some great albums and DVDs.” – Rick Kogan, Chicago Tribune 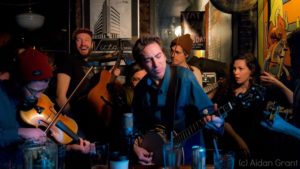 The acoustic musicians of Brooklyn form a community of vibrant artists who bring a variety of musical insight into the traditional canon of bluegrass tunes. With backgrounds in everything from trad jazz to Klesmer and zydeco, educations as far-reaching as Berklee School of Music and front porch pickin’, and influences that range from Bach to Ornette, the musicians of the Collective bring enormous breadth and depth to NYC bluegrass. The Brooklyn Bluegrass Collective captures the best of talent and spirit that resides in the roots music community of Brooklyn, New York. Zack Bruce and Jason Borisoff formed the Collective in the fall of 2014 to record and showcase the expanse of musicianship and style that defines the diverse bluegrass community of Brooklyn. As two musicians working in the scene themselves, Zack and Jason saw a need for an organized, comprehensive, and musically-rigorous Cooperative to catalog the dynamic sound of Brooklyn bluegrass.