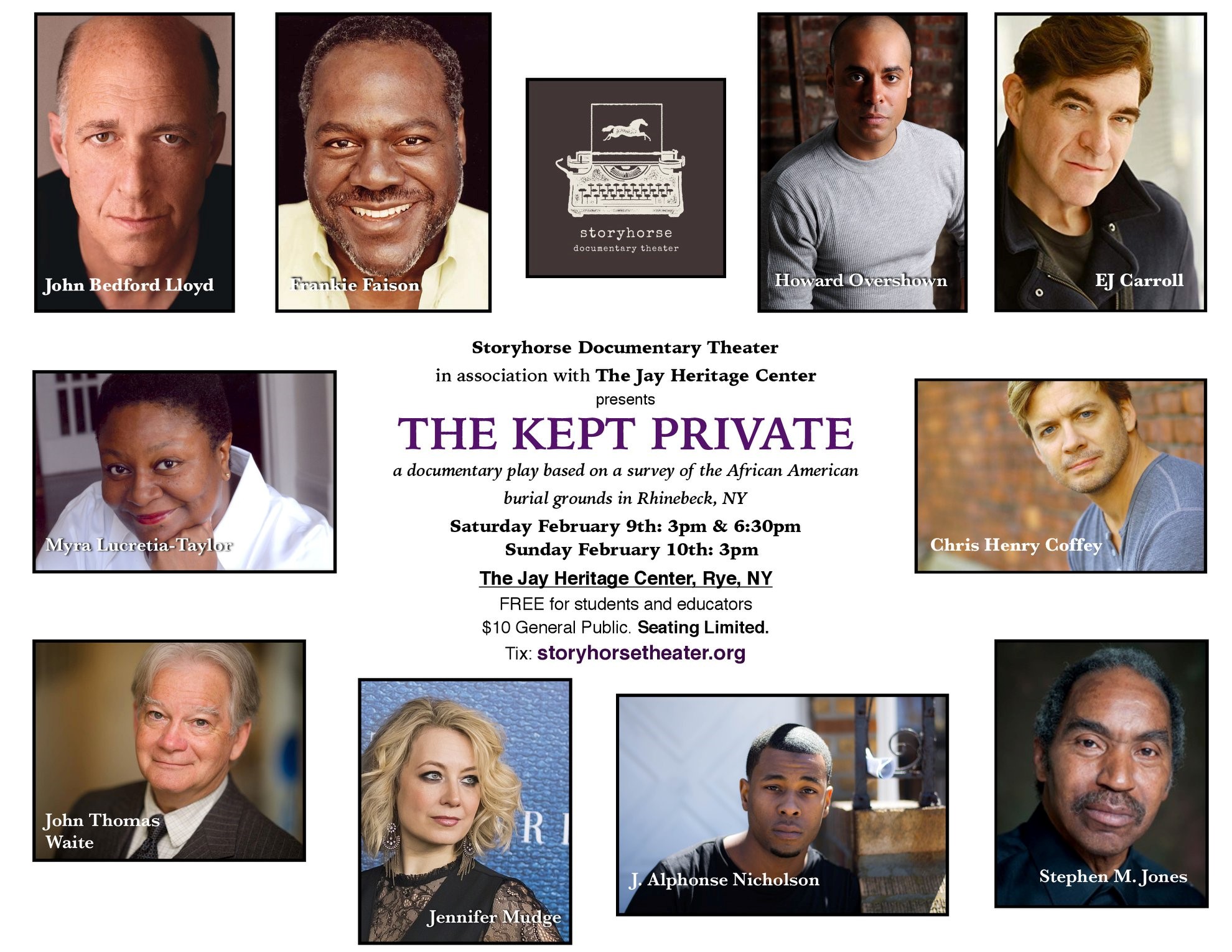 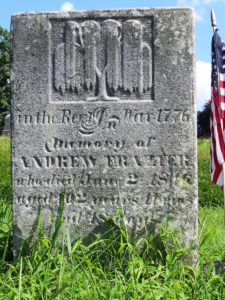 The Jay Heritage Center is proud to present 3 performances of THE KEPT PRIVATE, a production of Storyhorse Documentary Theatre on February 9 and 10, 2019. This live performance is based on Vassar Professor Brian McAdoo’s survey of the African-American burial grounds in Rhinebeck, NY and the 1835 Revolutionary War Pension Application of a 93 year-old black farmer from Dutchess County named Andrew Frazier.

Born about 1742, Frazier, definitively served in the military from 1775 – 1778. As a wagon team leader he first transported enemy munitions to be melted down for patriot re-use before becoming a body servant for Colonel Morris Graham. He was among the troops that marched from Pine Plains to Tarrytown, from West Point to Sing Sing as part of the Battle of Harlem where he also marched to New York City at the time that the British took possession. He was also was part of the retreat of colonial troops through New Rochelle and Rye, and in the Battle of  White Plains. But his quest to receive remuneration for his service was challenging as this play demonstrates, particularly because he was black and likely enslaved at the time of his service.

Experience this compelling drama and delve into a rarely discussed chapter of New York State’s Revolutionary War history. Excerpts of the Kept Private were presented on December 8 as part of the launch for Revolutionary Westchester 250 and received tremendous praise.

Seating is limited to 150 guests per performance and pre-registration is requested. Please click here to reserve seats. The play is appropriate for High School students as well. 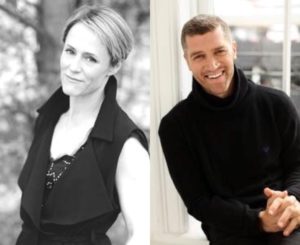 STORYHORSE DOCUMENTARY THEATER was created by Jeremy Davidson and Mary Stuart Masterson. Based in New York’s Hudson Valley, their stories are inspired by transcribed conversations with the people of our communities, historical documents, and other primary sources, focusing on the social, political, environmental and medical issues we face. Their stories are brought to life by actors in concert-style readings. Other plays include the little things (based on a Poughkeepsie family’s battle with Lyme Disease, 2015 Bardavon Opera House); Good Dirt (based on conversations with Hudson Valley farmers, 2016 Brooklyn Academy of Music & Bard’s Fisher Center); The Quiet Execution of Frank L. Teal (based on case files and interviews surrounding the murder of Red Hook surveyor Frank Teal, 2018); and The Face of It (2018, three-one acts about identity in the new millennium). storyhorsetheater.org. 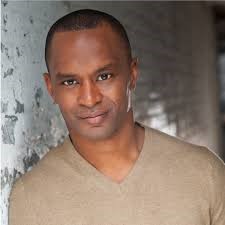 CARL COFIELD (director): Is a New York based director, actor and is currently the Associate Artistic Director of the Classical Theatre of Harlem. He directed the award winning world premiere of One Night In Miami (Huffington Post best of L.A. 2013, N.A.A.C.P., L.A. Drama Critics Circle and others) for Rogue Machine Theater and the Denver Center Theatre, for which, he received the Los Angeles N.A.A.C.P award for Best Director. Disgraced for The Denver Center and Henry IV part 2 for the Oregon Shakespeare Festival, A Raisin In the Sun for Two River Theater Company, The Mountaintop for Cleveland Play House. NYC directing credits include: Antigone for the Classical Theatre of Harlem, the 50th anniversary of Dutchman for the Classical Theatre of Harlem/National Black Theatre, The Tempest, Macbeth for Classical Theatre of Harlem, The Balcony (The New School), Better Than Yellow for 48 Hours In Harlem, The Seven by Will Power at the Connelly Theatre, A Midsummer Night’s Dream for N.Y.U, 1001, for Columbia University, The Tuskegee Airman Project for CUNY York College. He assisted Molly Smith in the world premiere of Camp David by Laurence Wright at Arena Stage. He directed the reading of Camp David for President and First Lady Carter at the Carter Center retreat in Vail, Colorado. He also assisted Kent Gash on Langston In Harlem at Urban Stages. Upcoming: Twelfth Night for Yale Rep, One Night In Miami for Miami New Drama.

JEREMY DAVIDSON (writer/producer): As a writer, other documentary plays include the little things, Good Dirt, The Quiet Execution of Frank L. Teal, and The Face of It. Jeremy is writer/director of the Holocaust Film Tickling Leo (Jury Prize Best Film Stonybrook Film Festival). As an actor, work includes the recent Netflix Series Seven Seconds, The Americans, Pan Am, Army Wives, and others. He feels fortunate to have worked on stages around the country such as Lincoln Center, Manhattan Theater Club, The Kennedy Center, Signature Theater, The Geffen Theater, Williamstown Theater Festival among others. He and his wife Mary Stuart Masterson have four children and raise them in the Hudson Valley.