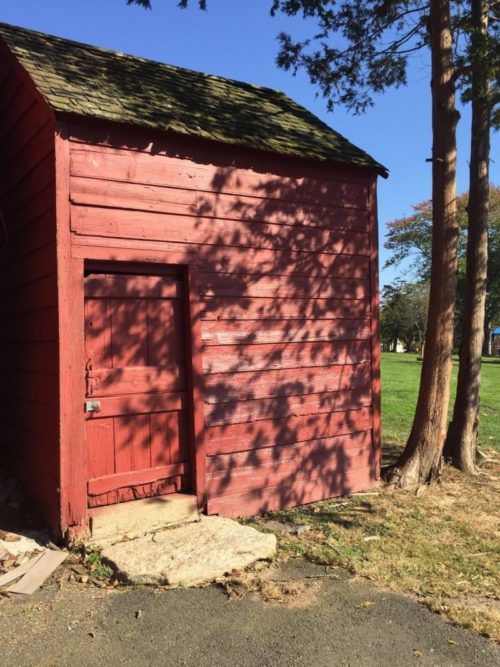 Save the Date! The Slave Dwelling Project is coming to the historic Jay Estate in Rye on June 9th with an additional stop at the Bush Lyon Homestead in Port Chester. The Slave Dwelling Project has visited over ninety sites in eighteen states where its founder, Joseph McGill, gives presentations to the public and sleeps in historical slave quarters to highlight the experiences of his enslaved ancestors. Join us at 2pm to hear a FREE panel discussion about the preservation of extant slave buildings from Mr. McGill with additional guest speakers and preservationists from around New York State. The program is part of Westchester County’s 2019 Celebration of African American History #AAHW400 and is open to the public.

John Jay was known for his abolitionist efforts beginning in 1777. In 1785, he founded the NY Society for the Manumission of Slaves, and in 1799, as Governor of New York, he signed the Gradual Emancipation Act. However, John Jay also grew up with enslaved men and women in his home and owned slaves himself thus making the history of the Jay Estate as it pertains to slave ownership and abolition contradictory and complex. The narrative of this National Historic Landmark site invites us to look closer at available evidence to puzzle together a more complete vision of the evolution of our social justice system.

Enslaved and freed people lived on the Jay Estate before and after John Jay’s father Peter Jay bought the property from the Budd family in 1745. However, work is still being done to definitively identify exactly where they lived, worked and slept on the property. Last summer, a small building was uncovered through archaeological efforts of Dr. Eugene Boesch on the Jay Estate. Dutch bricks, a collapsed chimney and the structure’s location suggest that it was a slave dwelling from the late 1600s or early 1700s, which would coincide with the slave-owning Budd family or the early ownership of Peter Jay.

In addition, a small, hidden room within the subsequently built 1838 Jay Mansion appears to have been used as a servant’s bedroom. An 1843 inventory list of the Jay Estate lists a room titled “Caesar’s pantry,” likely referring to Caesar Valentine, a manumitted man who continued working for the Jay family as a house butler after receiving his liberty in 1824. This same inventory lists “one old feather bed given to Caesar,” which further corroborates the suggestion that this hidden room served as living quarters for Caesar. This is the room that visiting speaker Joseph McGill will likely sleep in this June.

Another daytime stop on Mr. McGill’s itinerary will be the slave quarters at the Bush-Lyon Homestead a potential addition to Westchester County’s African American Heritage Trail. The newly reconstituted Port Chester Historical Society is researching the individuals who are believed to have been enslaved by the Bush and Lyon family and housed in a small red shingled building that still stands today.

Visit the Slave Dwelling Project at their website: http://slavedwellingproject.org/