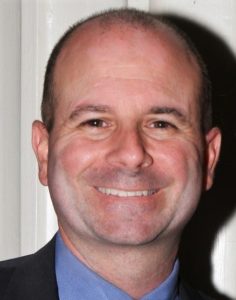 Jeff DeToro is a former Project Manager and Dispersion Modeling Instructor for Trinity Consultants, a Dallas-based national air quality consulting firm.  Over 12 years, he performed air quality modeling studies and managed the preparation of state/federal air pollution permit applications for a variety of industries.  He is an author/co-author of five Air & Waste Management Association papers.  He graduated Phi Beta Kappa from Purdue University in 1993 with a B.S. in Atmospheric Science and was also a recipient of the Howard H. Hanks Scholarship by the American Meteorological Society.

A native of Mt. Prospect, Illinois, Jeff departed the workforce in 2005 to raise his two children with his wife, Karen – they have been residents of Mamaroneck since 2016 after relocating from Florida.  He has been involved with many volunteer organizations, including the Southwest Interfaith Team (SWIFT), Cub Scouts and Boy Scouts of America, St. Vincent de Paul Society, Chicago Greeter Program, the St. Petersburg (FL) Museum of History, Westchester Land Trust, and the Larchmont-Mamaroneck Hunger Task Force.  He served as a member of the Village of Mamaroneck Committee for the Environment in 2017 and 2018.  Jeff has been a docent and researcher at the Jay Heritage Center for over two years. 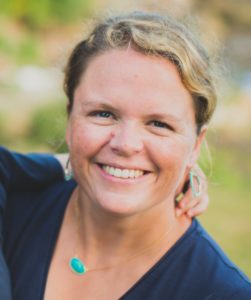 Lucy Boinay Berkoff  began her career at Frager’s Hardware, on Capitol Hill, in Washington DC, where she started a garden center while she was a high school student, that continues to this day. During college she was the garden columnist for The Hill Rag. After graduating from Boston College, she moved to New York to work for Smith & Hawken. She learned about gardens around the country as she worked for them in New Canaan, CT, SoHo, NY, Chevy Chase, MD, and Chicago, IL. She followed that with a bath and kitchen design stint at Waterworks.

Over the past 12 years, she has been involved with the Rye Nature Center, the Midland PTO, and Resurrection Parish. She co-chaired the Nature Center’s Oktoberfest twice and is currently in her 4th year of leading the Midland Green Team, where she has supported recycling efforts leading to town wide composting, and helped students establish a successful pollinator garden. She was also active in redesigning the landscape at the Church of the Resurrection, including the new playground and parking area. Still an avid gardener, she has a popular Instagram Gardening Blog, Lucy’s Garden Life, and runs a small garden design business of the same name. She lives with her husband, Sol, and their four children, in Rye, NY. 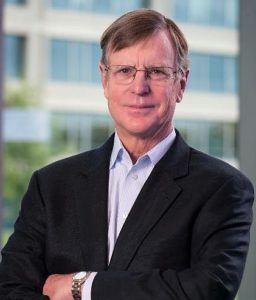 Timothy T. Yates has over 45 years of General and Financial Management experience and has been an active investor and mentor in early stage companies. From 2007 until November of 2016 Tim was with Monster, the global recruiting company. During that time, he served as a member of the Board of Directors, CFO, and CEO from 2014 to 2016. Prior to Monster, Tim was a member of the Board of Directors and Chief Financial Officer of Symbol Technologies where he implemented a successful turnaround and sale of this manufacturer of bar code scanners and mobile computers to Motorola in a $4 billion transaction. From 1971 to 1995, Tim was with Bankers Trust Company in a variety of management positions including active involvement with BT’s development of Loan Syndication and High Yield Bond trading and sales.  From 1990-1995, he was Chief Financial and Administrative Officer.

Tim currently serves on the board and chairs the Audit Committee of Commscope, a $7 billion market cap global leader in wireless and fiber optic solutions. He is also a board member of Cyndx, an open technology platform that streamlines all points along the capital raising process and Engage Talent which enables active recruiters to efficiently source from a live stream of candidates or enrich their own CRM and ATS candidates with predictive AI based insights. Among other early stage companies, Tim was a backer of OpenLink Financial, a global leader in trading, risk management and financial software; Job Direct, an online campus recruiting site; SixDegrees, a forerunner of LinkedIn; and Homestead Associates. Tim has been an active supporter of CollegeSpring, a national nonprofit organization dedicated to closing the college opportunity gap for students from low-income backgrounds.He received his MBA from Harvard Business School and his BA from Yale University. He lives in Rye and is the proud father of four children and grandfather of five grandchildren.