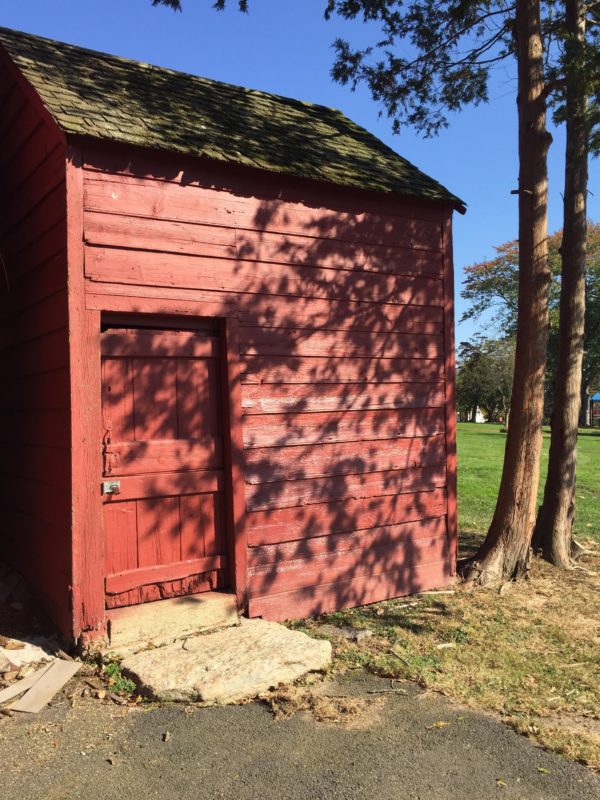 With Joseph McGill, Jr., Founder of The Slave Dwelling Project &

Learn more about the places where enslaved men, women and children lived, worked, slept and died in the City and Town of Rye before and after emancipation. We’ll study the original Jay Estate on the Post Road with special focus on the recent archaeological discovery of a Dutch brick building on the property by Prof. Eugene Boesch. We’ll also discuss strategies for preserving and interpreting slave quarters at the Bush Lyon Homestead in Port Chester which may be the oldest such structures in Westchester County. With special guest speaker Joseph McGill, Jr., founder of The Slave Dwelling Project and panelists including noted Westchester historian Dr. Larry Spruill, Professor at Morehouse College.

Joseph McGill, Jr., is the founder of the Slave Dwelling Project and a history consultant for Magnolia Plantation in Charleston, SC. By arranging for people to sleep in extant slave dwellings, the Slave Dwelling Project has brought much needed attention to these often-neglected structures that are vitally important to the American built environment.

As of the beginning of 2019, Mr. McGill has conducted over 150 overnights in approximately 100 different sites in 23 states and the District of Columbia. He has interacted with the descendants of both the enslaved communities and of the enslavers associated with historic plantations. He speaks with school children and college students, with historical societies, community groups, and members of the general public.

Prior to his current position, Mr. McGill was a field officer for the National Trust for Historic Preservation, working to revitalize the Sweet Auburn commercial district in Atlanta, GA and to develop a management plan for the Mississippi Delta National Heritage Area. Mr. McGill also served as the Executive Director of the African American Museum located in Cedar Rapids, Iowa.

The Slave Dwelling Project raises national awareness of extant structures related to the stories of enslaved men and women and brings together scholars, preservationists, students and educators to preserve and interpret these significant structures and places.

No one has disseminated knowledge of Westchester County’s African American history in as lasting a manner as Dr. Larry Spruill, lead consultant for the African American Heritage Trail with its 13 significant designations unveiled in 2004. He is a champion of important black cultural sites and stories that are powerful, tragic, inspiring and ennobling and have gone untold in history books. He is a 2019 recipient of the Westchester County Historical Society’s Sy Schulman History Award.

Dr. Spruill has distinguished himself as a lifetime educator and mentor. Apart from his teaching career, he served as Mount Vernon’s City Historian beginning in 1988, the first African American to hold such a post in New York; he helped advise on the preservation of the John Stevens House and historical site. In 2001, he was honored by then County Executive Andrew Spano with the John Harmon Award at the inaugural Westchester County Trailblazers Ceremony.

His two decades of research about black Eastchester residents, Rebecca and Benjamin Turner culminated in the renaming of two local Mount Vernon schools in 2014 in recognition of these two local heroes, plus an exceptional paper, “Benjamin and Rebecca Turner – Their Heritage Uncovered: The Case for Long Term Local African American History” which is the keystone for a study guide that is used by the National Park Service at St. Paul’s Church, a National Historic Site.

He will share his research about the trail sites especially the extant slave quarters at the Bush Lyon Homestead in Port Chester.