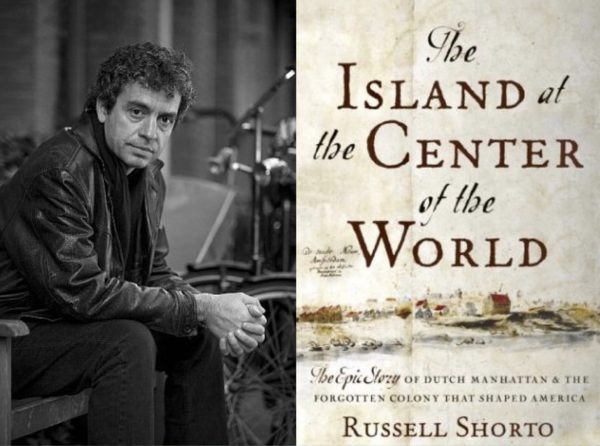 THE EPIC STORY OF DUTCH MANHATTAN WITH RUSSELL SHORTO
FRIDAY, SEPTEMBER 13, 2019 at 6:00 PM
Join us for a talk and book signing by Russell Shorto on Friday, September 13. Shorto is the bestselling author of The Island at the Center of the World: The Epic Story of Dutch Manhattan & the Forgotten Colony That Shaped America. In anticipation of our Nieuw Amsterdam Soirée on October 19, Shorto will discuss the gripping tale of the origins of the Dutch colony of New Netherland.
The New York Times called Shorto’s work “astonishing … a book that will permanently alter the way we regard our collective past,” and selected it as one of the paper’s Notable Books. The Wall Street Journal described it as “a masterpiece of storytelling and first-rate intellectual history.”
Shorto is a contributing writer at the New York Times Magazine and a senior scholar at the New Netherland Institute. He is also the author of Revolution Song, Amsterdam, and three other books. His article on the remnants of Dutch culture in the Hudson Valley was recently featured on the front page of the New York Times Travel section.
Free for JHC Members. $15 General Admission
Seating Limited – RSVPs requested
Reserve tickets here