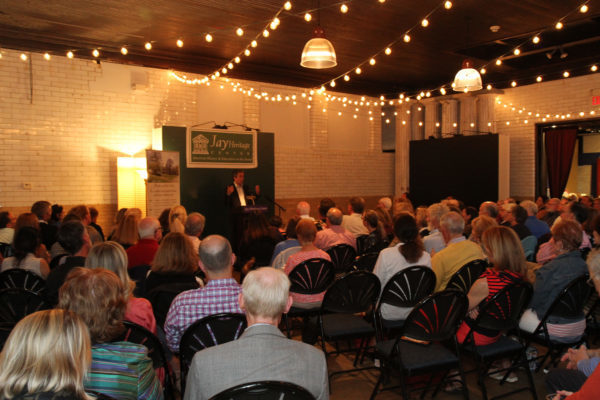 Over 135 guests attended the kick off of our fall lecture series with a talk on Friday, September 13 by Russell Shorto, bestselling author of six books, including “The Island at the Center of the World: The Epic Story of Dutch Manhattan and the Forgotten Colony That Shaped America.” Shorto explained to a rapt, sold-out crowd how seventeenth-century Dutch settlers pioneered the ideals of tolerance and free trade. He later took questions from an audience that included descendants of the Founding Father John Jay, such as Dr. John Jay DuBois. 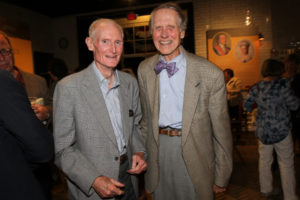 JHC has the Netherlands on the brain this year: the theme of our annual gala, to be held on October 19th, is the Nieuw Amsterdam Soiree, and will feature authentic Dutch tastes like bitterballen, stroopwafel and cocktails mixed with a Dutch spirit called genever. 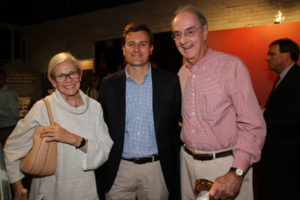 Earlier this summer Shorto wrote a piece for the cover of the New York Times travel section about a road trip he took through the Hudson Valley looking for remnants of Dutch history in the region. In his remarks introducing Shorto, our executive director, Kevin Peraino, noted that the Jay Estate itself is full of Dutch history: John Jay’s mother was a member of a prominent Dutch family, and a later owner of the property, the banker Warner van Norden, also had Dutch ancestry.

Shorto said that for his next book he’s going in a completely different direction — he’s writing a history of his Sicilian-American grandfather’s mafia ties. Whatever the topic, Shorto’s dedicated fans are sure to follow this engaging writer and his continued explorations of American heritage.

Shorto fielded a few questions from Kevin Peraino in this brief podcast recorded in the Van Norden Library of the mansion. Listen here.

Or watch the video courtesy of Rye TV here 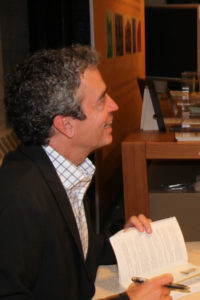