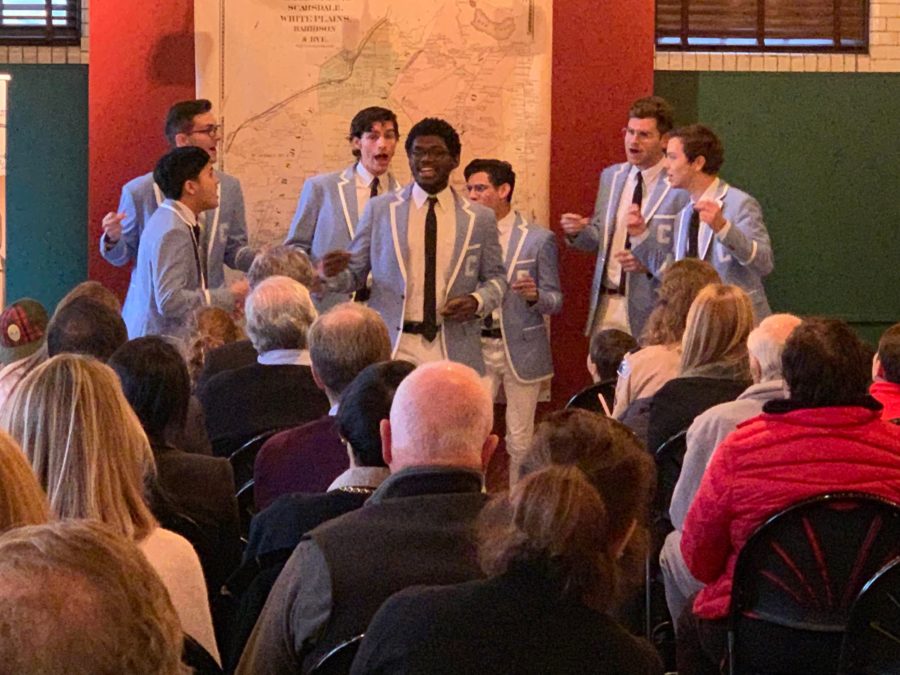 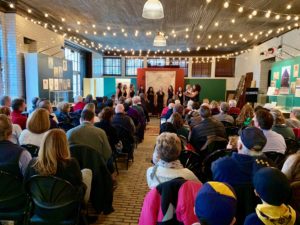 Whim kicked off the afternoon’s festivities with a pitch-perfect set that included a rousing version of “Rumour Has It” by Adele and other crowd pleasers. The Kingsmen followed with sprightly renditions of “Runaround Sue” by the Overtones and “Brandy (You’re a Fine Girl)” by Looking Glass.

One family who arrived late to the concert, just as it was ending, was treated to a special surprise as they passed the Kingsmen on their way out of the Carriage House. After a little prodding, the group broke into an impromptu performance of “Heartbreaker” by the Bee Gees — drawing cheers and whistles from the lingering concertgoers. 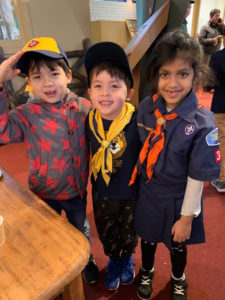 Both groups boast storied histories in the collegiate a cappella world. The Kingsmen were founded in 1948 at the request of then-college-president Dwight D. Eisenhower, who needed an act to play at homecoming. Since then the Kingsmen have performed everywhere from Carnegie Hall to Good Morning America. Famous alumni include Art Garfunkel, of Simon and Garfunkel.

Whim ‘n Rythm is unique among Yale’s many a cappella groups. Each year Whim taps the best underclassmen from various other groups to join their all-senior performers. After graduation the group embarks on an ambitious world tour, and past performance venues have included the White House.

The afternoon was all for a good cause — to support the Jay Heritage Center’s growing slate of educational programs and to collect holiday donations for our partner the Carver Center of Port Chester’s food pantry. 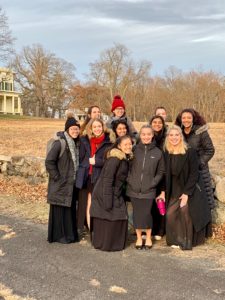 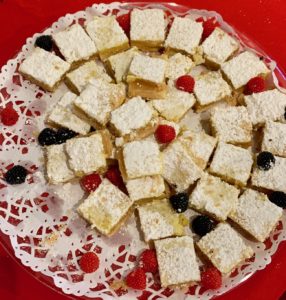 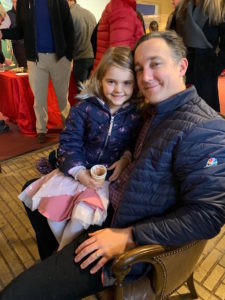 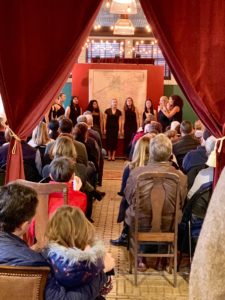