For the seventh year running, the Jay Heritage Center will host Westchester County’s annual Black History Month and Trailblazers Awards, sponsored by County Executive George Latimer, the African American Advisory Board, and the County Board of Legislators.

A major theme of this year’s program will be commemoration of the 400th anniversary of the beginning of American slavery. This year’s honorees, recognized for their remarkable contributions to the community, will include Dave Thomas, Zachary Carter, Esq., Karen Hill, and Lena Anderson. 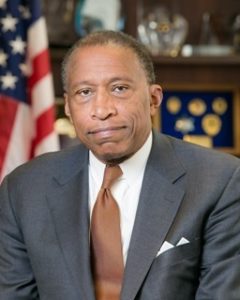 Zachary W. Carter served as the 78th Corporation Counsel of the City of New York from January 2014 through August 2019. As the chief legal officer of the city, he led the Law Department, which employs over 1,000 lawyers assigned across sixteen operating divisions to serve the multi-varied legal needs of the city, as well as its agencies, officers and employees. Mr. Carter advised the mayor and city commissioners on all legal issues affecting city policies and operations. Prior to his appointment as Corporation Counsel, Mr. Carter was a partner in the firm of Dorsey & Whitney LLP.  He served as head of the Trial Group at the firm’s New York City Office and co-chair of the firm’s White Collar Crime and Civil Fraud practice. Mr. Carter served as the United States Attorney for the Eastern District of New York from 1993 to 1999 having been appointed by President Bill Clinton. During his tenure, he oversaw the high-profile civil rights prosecutions against the police officers who tortured a Haitian immigrant, Abner Louima, in 1997, and the individuals charged with the bias-motivated killing of a rabbinical student, Yankel Rosenbaum, during the Crown Heights riots in the summer of 1991. Mr. Carter is a graduate of Cornell University and the New York University School of Law. 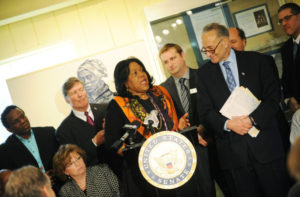 Karen V. Hill, President and CEO of the Harriet Tubman Home, Inc. is leading the effort to develop and implement the plan to ensure that the legacy of Harriet Tubman lives on in perpetuity. Most recently she has been keenly involved in providing greater historical accuracy to the groundbreaking film, “Harriet,” including leading a discussion of the film for Members of the U.S. House of Representatives at the Capitol. She has been chief executive of the American Homeowner Education and Counseling Institute, executive director of the Fair Housing Implementation Office, Director of Housing and Economic Development of the National Urban League, and many other positions. In 2017, Hill was appointed by Senators Chuck Schumer and Kirsten Gillibrand to be one of 14 members of the Centennial Women’s Suffrage Committee which will plan for the 100th anniversary of the passage of the 19th Amendment in 2020. She is a graduate of Simmons College and is a sixth generation Westchester County resident. 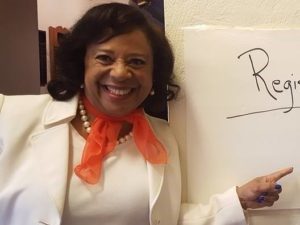 Lena Anderson is President and Silver Life Member of the White Plains/Greenburgh Branch of the NAACP. She has made issues of inequality and mistreatment in all of the “game changer areas” a major focus of the branch, making its advocacy more visible and viable in White Plains/Greenburgh and beyond. Lena has been a member of Bethel Baptist Church for the past 60 years and has been integrally involved in the life of the church. She has been the Director of Christian Education for the past eight years, under the Pastor/Teacher Rev. Dr. Edward O. Williamson. She attended Morgan State College in Baltimore, Maryland, and received an MA in special education from Coppin State University and a JD from NY Law School. She also earned an MS in Administration and Supervision from the College of New Rochelle in New York. 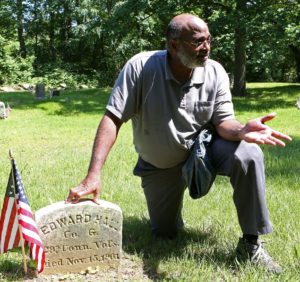 David L. Thomas is the president and founder of the Friends of the African American Cemetery in Rye, which he has been involved with for more than a decade. The cemetery is 1 of 13 sites on Westchester County’s African-American Heritage Trail. Thomas has also worked as a software trainer and technical writer for several companies, and has volunteered for the Community School Advisory Board for Thomas Edison Elementary School. He has been a consultant for the Town of Rye and a software instructor for Family Services of Westchester. A graduate of Wilkes College in Wilkes Barre, PA, he earned his Bachelor of Science in Commerce and Finance. JHC has had the pleasure of working collaboratively with Thomas for the last 10 years to build awareness about the historic African-America burial ground and the families represented at the site.

Barbara Edwards, chair of the African American Advisory Board, reflected on another celebration of the valuable contributions of the African American community in Westchester. “As we celebrate the victories of men and women who believed in the idea of a just and fair America, we remember that, throughout history, our success has been driven by bold individuals who were willing to speak out and change the status quo,” said Edwards. “Black Americans’ beautiful legacy of courage, sacrifice and integrity in the face of injustice continues to move our country closer to fulfilling its promise.”

Suzanne Clary, president of the Jay Heritage Center acknowledged that it was especially meaningful to host the event at one of Westchester County’s 13 African American Heritage Trail sites and a place of ongoing archaeological discoveries and research about local black history.