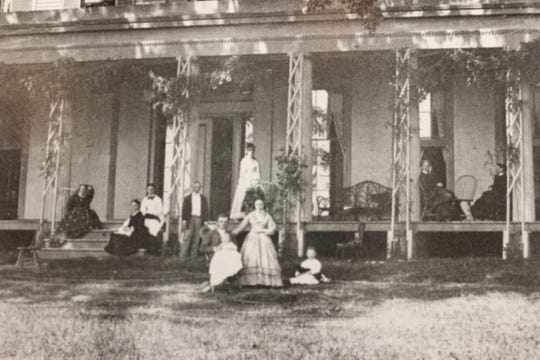 The Jay Estate is in the news! The Journal News is highlighting the  Jay Estate as part of their celebration of history in the Lower Hudson Valley. Writer Heather Clark is guiding this trip back in time with the Back in the Day column. Each week, they’re teaming up with Facebook groups like ours that showcase the history of the Hudson Valley. They were kind enough to include info about our non-profit and the National Historic Landmark we are restoring for the public.

Since 1992, the non-profit Jay Heritage Center (JHC) has been restoring and revitalizing a place that has meaning for all Americans – the 23-acre Jay Estate in Rye, New York. Many people called this land home. Paleo-Indians discovered this fertile place next to Milton Harbor long before a young patriot, John Jay and his family fled here seeking a safer haven from a smallpox epidemic in New York. This remnant of a once expansive 400 acre farm was the touchstone that strengthened Jay’s character. It inspired his dreams for a prosperous America. As a Founding Father, jurist, NY Governor and opponent of slavery, Jay secured peace and prosperity for his nation through negotiating the end of the Revolutionary War. Many of his descendants also lived here sharing a lineage of public service that continues to this day.

But the Jays were not the only people to leave their marks on this landscape. Enslaved and emancipated African American women and men like Caesar Valentine left behind poignant narratives. Their stories are slowly coming to light through archival research and archaeology. With the help of volunteer researchers and community partners, JHC is tracing and exploring everyone’s story.

Read the rest of the article here