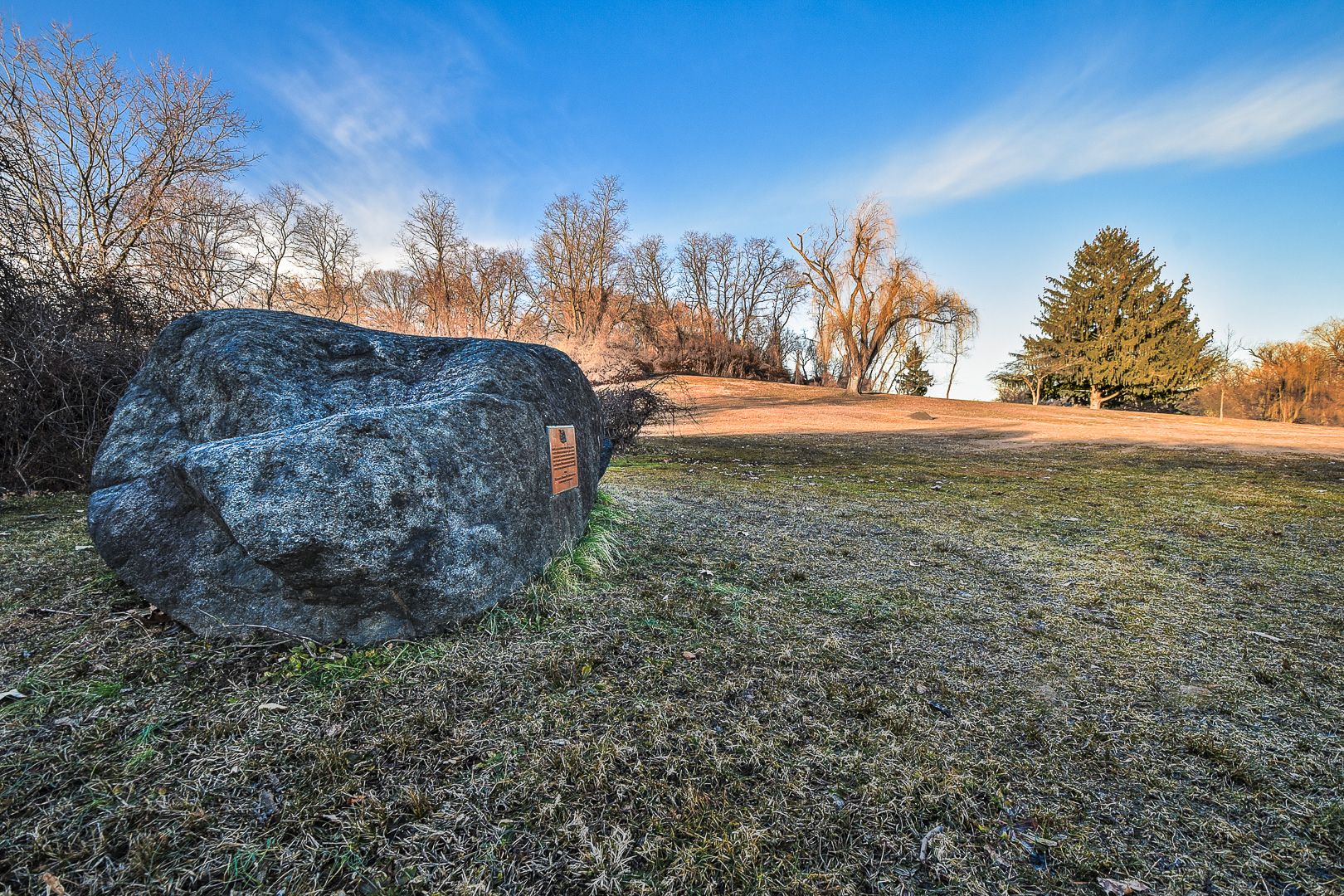 Like millions this 4th of July weekend, my family tuned in to Disney’s streaming of Lin Manuel-Miranda’s epic Hamilton. The performances indeed blew us all away. Our toes tapped under our tray tables to Daveed Diggs’ electric portrayal of Thomas Jefferson and “What Did I Miss?” Our hearts panged over Phillipa Soo’s gorgeously rendered entreaties “Look Around” and “That Would Be Enough.” But all these indelible lyrics underscored why we will never be satisfied. Despite the brilliance of the script and cast, in dramatizing the life and times of Alexander Hamilton, Miranda left us longing for narratives beyond those of the Founding Fathers and their rarefied circle. Now we want to know what will come next to fill the ever more obvious omissions in our nation’s history.

The Reddit boards have been abuzz for years with speculation of how many other revolutionary era threads could have been woven into the original musical. “But the run time of Hamilton was already 2 hours and 40 minutes,” one writer absolved Miranda. Another fan asked, “Wonder why Benedict Arnold wasn’t mentioned.” Here’s another, “It’s clear that Hamilton was involved with Arnold, both before and after Arnold’s treason.”  Rebuttals were offered – “I don’t think it would have flowed with the plot.” Or this reaction: “We already have Burr as a villain; we don’t need a secondary temporary one. It would confuse people.” This is where I disagree. I think Miranda threw away his shot. The chance to introduce Arnold’s scheme to sabotage West Point and cripple George Washington, plus the details of how he was discovered, was there. And with it an ideal opportunity to tell the thrilling story of two other New Yorkers, one Black and the other white, who helped turn the tide of American independence together.

Picture this. Stage left: 34-year old John Jacob Peterson. His father was of African descent and his mother was Kitchewan, from a local Croton tribe. He had fought at the Battle of Saratoga and was honorably discharged from the 2nd NY Regiment only to sign up again with the 3rd Westchester militia. Peterson had gained a reputation during his enlistment. That reputation was for marksmanship. In fact, Peterson was such a good shot that he was known to friends as “Rifle Jack.” That skill would come in handy.

Stage right: 19-year old Moses Sherwood also of the 3rd Westchester militia. His family had a long tradition of service – his father Isaac had been killed at Saratoga and died in Peterson’s arms. The young Sherwood had not seen as much action as Peterson but was still a vigilant partner and good with a musket.

On September 21, 1780, these two Continental militiamen were crushing apples at a cider mill on Teller’s Point (today’s Croton Point). They had their firearms with them. They spied the English warship Vulture on the Hudson River dropping anchor and sending a barge of two dozen lobstercoats towards the riverbank. The two soldiers took their weapons and placed themselves behind a large rock outcropping. Neither hesitated to calculate the staggering odds against them as they shot at the longboat of “red boys” – accounts say a direct hit upon the small watercraft by Peterson forced a spar to be dropped in the water and the Tories hurriedly rowed back to their ship. The British vessel launched a volley of grapeshot in retaliation but the rebels went unscathed. In fact, the impromptu skirmish revealed to them that the enemy was in firing range. With that fresh intelligence, Peterson and Sherwood sped to Fort Lafayette at Verplanck’s Point to alert their commander there, Col. James Livingston. What the Americans did not know at the time was that Benedict Arnold’s co-conspirator Major John André, a British spy, was on board the Vulture and would later make his way to the shore in their absence.

According to recollections by Sherwood’s younger brother and others, Peterson and Sherwood asked for two 12 pounder cannons (denoting the weight of the projectiles they could fire) but Livingston would only let them have one 4- 6 pounder. Undaunted, early the next morning, on September 22, they positioned themselves to attack the sloop. They matched volley with explosive volley for a sustained two hours. Their courageous fight ended up being one of the tiniest but perhaps most pivotal battles of the war. Peterson fired the cannon, pummeling the ship relentlessly. Tide and wind conspired against the Vulture and she was eventually forced to cut her cable and move down river. Why should we care? If not for the two determined Westchester men, André would have been rescued by the enemy sloop and no one would have been the wiser about his subterfuge. Instead he was stranded on shore when the ship retreated from Peterson and Sherwood’s assault and was compelled to travel by land. He was intercepted by John Paulding, David Williams and Isaac Van Wart in the now famous incident known as the “Capture of Major André” in Tarrytown with damning proof of his and Arnold’s guilt hidden in his shoes.

Washington had Hamilton by his side while all of this happened. Arnold was set to meet with them at his own home near West Point when he learned on September 24 that his treason was exposed. He left his young son and new wife Peggy behind to dissemble for him. Hamilton wrote about the deception to his wife Eliza on September 25th:

I was interrupted by a scene that shocked me more than any thing I have met with – the discovery of a treason of the deepest dye. The object was to sacrifice West Point. General Arnold had sold himself to André for this purpose. The latter came but in disguise and in returning to New York was detected. Arnold hearing of it immediately fled to the enemy. I went in persuit of him but was much too late, and I could hardly regret the disappointment, when on my return, I saw an amiable woman frantic with distress for the loss of a husband she tenderly loved – a traitor to his country and to his fame, a disgrace to his connections.

Where André failed to escape, Arnold succeeded. He sailed on the Vulture to New York City. Washington later tried to barter with British General Henry Clinton to swap André for Arnold but was rebuffed. André was hung on October 2nd. According to historian Gordon Wood, “In the days following his capture, André’s stoical behavior won the admiration of his captors, including Hamilton, who begged Washington to have André shot by a firing squad rather than hanged. Washington ignored such pleas and stood by the customary punishment for spying.” Washington gave orders to Lafayette that Arnold should also be hung if captured but that was never to be. The decisive battle of Yorktown and the end of the war followed both in history and in the musical. Intermission.

With over 5 decades of hindsight, later annals of history stated the obvious in 1835: “West Point owed its safety in part to those who were instrumental in putting the spy in the way of being captured and while therefore the proper meed of praise is awarded to Paulding, Williams and Van Wart [the three white men who nabbed André in Tarrytown], and monuments erected to their memory for the agency they had in the capture, the part acted by Sherwood and Peterson, and the agency they had in enabling the capture to take place, should not remain ‘unhonored and unsung.’” Yet Peterson was not honored. It is said he did not even receive a pension until age 90 for his bravery. 90. Sherwood died unsung in 1837.

In 1848, pre-eminent historian Robert Bolton credited Peterson and Sherman “for causing the departure of the Vulture and the change in André’s route to British headquarters in New York City, necessitating his attempt to deliver the plans of West Point by land through Westchester County which resulted in his capture at Tarrytown.” Still no permanent testament, no obelisk short or tall told the story of the Hudson Valley patriots.

Two years later, Peterson died at 104 years old. His famed rifle was passed down through his family. Both he and Sherwood had lived out their lives in relative obscurity although Peterson’s heroism was duly noted by African-American abolitionist and journalist William Cooper Nell. Nell reprinted portions of Peterson’s obituary, and substantiated claims to fame, in his 1851 book The Services of Colored Americans in the Wars of 1776 and 1812. But the work saw limited distribution. Ironically, Hamilton’s surviving son, Col. James A. Hamilton attended an 1853 dedication of a stone plinth in Tarrytown which was erected to honor André’s captors – a statue of Paulding was placed atop it in 1880.

As we are acutely aware, America has justifiably and unjustifiably celebrated many events and people with the erection of over 100,000 statues and placards. So how did these two heroes get overlooked for so long? How do some people get musicals and monuments while others are forgotten? In 1963, one writer went so far as to say that the two patriots belonged “to the Valhalla of America’s great.” Was the oversight tied to the color of Peterson’s skin?

In the 130th anniversary year of Sherwood’s death, the Mohegan Chapter of the Daughters of the American Revolution did unveil a bronze plaque. It was installed in Croton Point Park overlooking the Hudson River where Peterson used to show his descendants one of the Vulture’s cannonballs still lodged in an old oak tree. The inscription on the memorial reads “Commemorating the defense of Teller’s Point by George Sherwood and Jack Peterson who repulsed the landing of British troops from the “Vulture” September 21, 1780, aiding in the capture of Major André.”  There was nothing to indicate Peterson’s race or heritage until 2004 when the site of Peterson’s heroism was added to Westchester County’s African American Heritage Trail.

Meanwhile, a cannon from Fort Lafayette like the one the two soldiers fired found a home on the front lawn of the Peekskill Museum not far from the engagement with the Vulture. A marble mount for it was created, inscribed and dedicated in 1990 through the efforts of Peterson’s descendants. It pays tribute to both Sherman and Peterson but makes Peterson’s African ancestry very clear. Still both these men are largely unknown in the pantheon of Revolutionary War heroes.

Which brings us back to Hamilton. That Peterson and Sherwood literally shot cannon holes in Benedict Arnold’s traitorous scheme was never disputed. Even the log of the British sloop cited the event and “complained of a violation of the military rule in that a boat the day before had been decoyed and fired upon by armed men concealed in the bushes.” But their valor never received the same lasting celebration and recognition as their counterparts. Even today, they are often referred to generically as “irregulars” or simply Col. James Livingston’s troops.

Who will illuminate the dramatic narratives of the men, women and children, fathers and mothers, immigrants, enslaved and freed heroes like them, whose actions had national implications but who didn’t leave voluminous archives at universities to plumb or large estates to which to lure tourists? Lin-Manuel, we genuinely hope you’ll be back. Perhaps with an extended version of America’s favorite musical? You could be the one to tell their stories.

Where to go to be in the place where it happened:

Where to learn more: