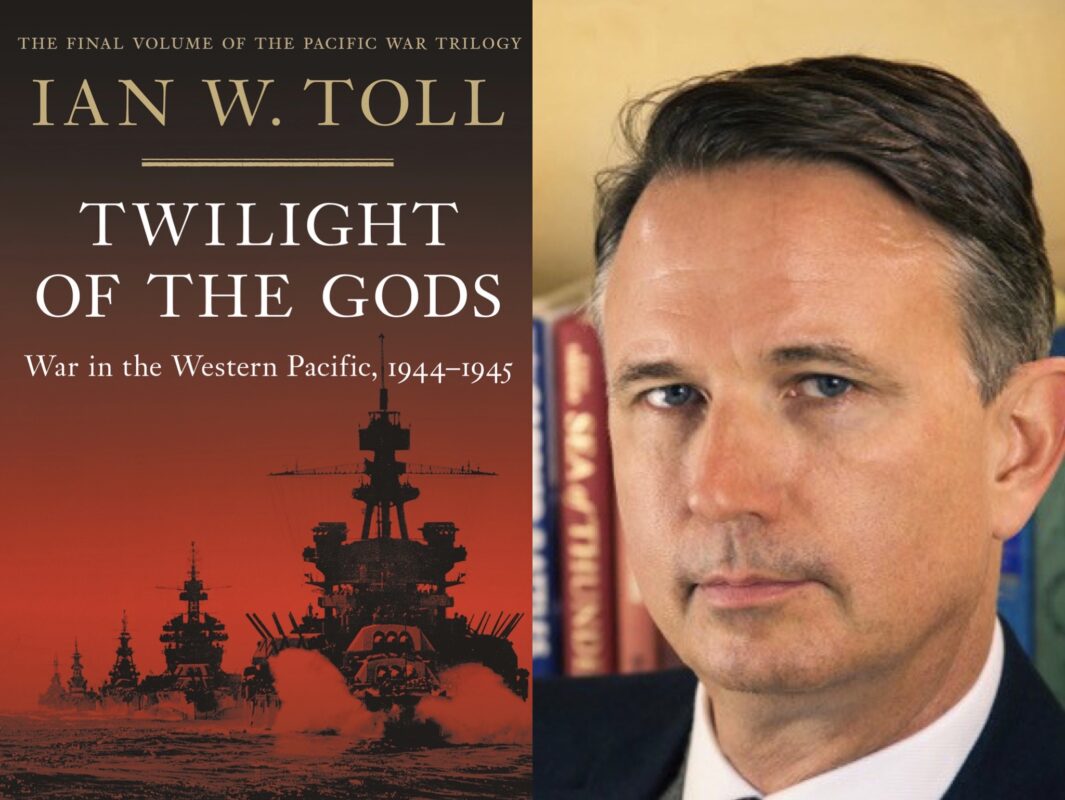 On Friday, September 11, at 6 p.m., critically acclaimed historian Ian Toll will discuss the final volume in his epic trilogy of World War II naval history, “Twilight of the Gods: War in the Western Pacific, 1944-1945.”

Nathaniel Philbrick calls the book “an epic masterpiece of military history,” and Publisher’s Weekly adds: “Written with flair and chock-full of stories both familiar and fresh, this monumental history fires on all cylinders.”

The first volume of the trilogy, “Pacific Crucible: War at Sea in the Pacific, 1941-1942,” received the Northern California Book Award for Nonfiction, and the second volume, “The Conquering Tide: War in the Pacific Islands, 1942-1944,” was a New York Times bestseller and was named the best book of 2016 by the editor of the Financial Times.

Toll has also written for the New York Times, the Washington Post, the Los Angeles Times, and the Boston Globe.

Read an interview with Toll about the trilogy here.