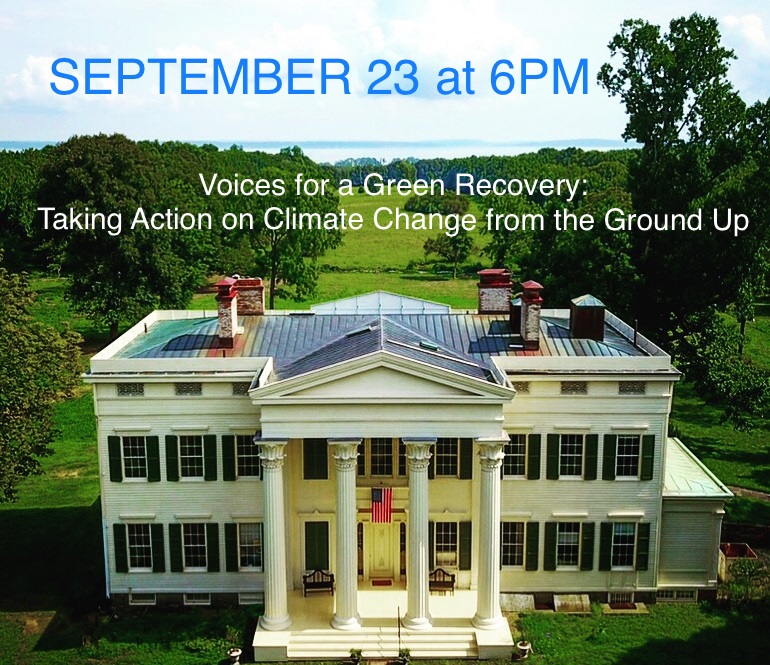 Join JHC board member Sara Goddard on September 23 at 6 p.m. for the virtual event “Voices for a Green Recovery: Taking Action on Climate Change from the Ground Up.” She will lead an all-star panel discussion with Andrew Revkin, environmental journalist and founding director of the Initiative on Communication and Sustainability at Columbia University’s Earth Institute; Eric Sanderson, author of “Manahatta: A Natural History of New York City“; and Doug Tallamy, author of “Nature’s Best Hope” and “Bringing Nature Home.”

Andrew Revkin is one of America’s most honored and experienced environmental journalists and the founding director of the new Initiative on Communication and Sustainability at Columbia University’s Earth Institute. At Columbia he is building programs, courses, tools and collaborations bridging communication gaps between science and society to cut climate risk and boost social and environmental resilience. Revkin has written on climate change for more than 30 years, reporting from the North Pole to the White House, the Amazon rain forest to the Vatican – mostly for The New York Times. He has held positions at National Geographic and Discover Magazine and won the top awards in science journalism multiple times, along with a Guggenheim Fellowship. Revkin has written acclaimed books on the history of humanity’s relationship with weather, the changing Arctic, global warming and the assault on the Amazon rain forest, as well as three book chapters on science communication. Two very different films have been based on his work: “Rock Star” (Warner Brothers, 2001) and the triple-Golden-Globe-winning 1994 HBO film “The Burning Season,” based on Revkin’s biography of slain rain forest defender Chico Mendes. A lifelong musician, he was a frequent accompanist of Pete Seeger and is a performing songwriter. 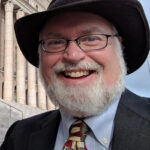 Eric W. Sanderson is an ecologist and author based at the Wildlife Conservation Society (WCS) based in New York City. He wrote the best-selling Mannahatta:  A Natural History of New York City (Abrams, 2009), about the historical ecology of Manhattan. He followed with the critically acclaimed, Terra Nova:  The New World After Oil, Cars, and Suburbs (Abrams, 2013), describing the American landscape before, during and after oil dependence. He was lead editor for Prospects for Resilience: Insights from New York City’s Jamaica Bay (Island Press, 2016), about the social-ecological foundations for climate resilience in the wake of Hurricane Sandy. Sanderson is co-inventor of Visionmaker.nyc, an on-line ecological democracy forum for New York. He is also an expert in wildlife conservation, having contributed to efforts to save the jaguar, tiger, snow leopard, elephants, and many other species. He also led the effort to map the human footprint globally for the first time. He is currently working on two sequels to Mannahatta, one a history of the landscape before Henry Hudson back to the Big Bang, and the other, an atlas and gazetteer to the historical ecology of the city. His work has been profiled in The New Yorker, National Geographic, the New York Times, National Public Radio, and many other media. He serves on the board of the Natural Areas Conservancy, a non-profit focused on the conservation in New York City. Sanderson earned a Ph.D. in Ecology (1998) and a B.A.S. in English and Biochemistry (1989) at the University of California, Davis. He grew up in the Bay Area.

Doug Tallamy is a professor in the Department of Entomology and Wildlife Ecology at the University of Delaware, where he has authored 103 research publications and has taught insect related courses for 40 years. Chief among his research goals is to better understand the many ways insects interact with plants and how such interactions determine the diversity of animal communities. His book Bringing Nature Home: How Native Plants Sustain Wildlife in Our Gardens was published by Timber Press in 2007 and was awarded the 2008 Silver Medal by the Garden Writers’ Association. The Living Landscape, co-authored with Rick Darke, was published in 2014. Doug’s new book ‘Nature’s Best Hope’ released by Timber Press in February 2020, is a New York Times Best Seller. Among his awards are the Garden Club of America Margaret Douglas Medal for Conservation and the Tom Dodd, Jr. Award of Excellence, the 2018 AHS B.Y. Morrison Communication Award and the 2019 Cynthia Westcott Scientific Writing Award.

Sara Goddard is founder and former chair of the City of Rye Sustainability Committee, a volunteer group that established a legislative track record by drafting and spearheading legislation that was first of its kind in Westchester County, NY. Rye Sustainability has been recognized locally and nationally, and its presence has extended beyond Rye’s borders by establishing a network of groups, organizations, and legislators. Sara is currently a member of the Rye City Council and publisher of Green That Life. Her other civic work, past and present, includes: Founder; Chair (former); City Council Liaison, Rye Sustainability Committee;Founding Board Member, Treasurer, Exec. Committee, Sustainable Westchester;Appointee (former); City Council Liaison, Rye Conservation Commission Advisory Council; City Council Liaison, Rye Board of Architectural Review; Appointee, NY Rising Community Reconstruction Plan, which helped determine the allocation of disaster relief funds in the aftermath of Hurricanes Sandy and Irene; Vice President (former), Federated Conservationists of Westchester County; Board Member; Conservation Chair (former), Rye Garden Club; Auxiliary Board (former), Rye Nature Center