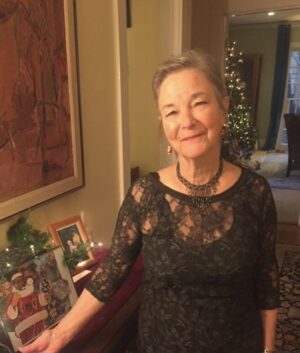 Rye, New York – The Jay Heritage Center is proud to announce the very generous gift of 18 original Jay Family letters for our archives. The papers range in date from 1795 to 1841. They illuminate a wide range of historic 18th- and 19th-century events, political and personal–from observations about a splendid oratory by John Jay’s revolutionary colleague Alexander Hamilton, to intimate portraits of everyday early American life, traditions, and perspectives. They also reveal compelling narratives about at least three enslaved individuals within the Jay family circle. One handwritten account is especially emotional to read; in it, John Jay’s oldest son, Peter, just 21 years of age, has the task of sharing with his father the sudden death of a woman named “Old Mary” from the scourge of smallpox: “…it is extraordinary that she should fall a victim to this disorder after having lived in the city and escaped it for fourteen years.… I cannot but be very sorry for the sudden death of one who had been so long in the family.”

Mentions of enslaved men and women in the known repositories of Founders’ correspondence are rare, which make this 1797 letter of special interest to JHC. Mary’s daughter Hannah is mentioned as well. Could this letter and others be a clue to tracing more of Mary’s family members and resurrecting their stories? In fact, it appears this may be the same woman who cared for John Jay’s parents during the Revolutionary War and cared for Jay himself when he was a child growing up in Rye.

We are immensely grateful to Celeste DuBois Flax and her family for this truly timely and momentous gesture. It helps us begin the New Year with hopes of helping to heal rifts in our nation with dialogue and open conversations about social justice, hidden histories, and underrepresented people of color. It fuels our continued commitment to inclusive interpretations of the lives of all individuals who left their imprint on the Jay Estate in Rye.

Celeste is herself a lifetime educator. During a visit to the Jay Estate in 2019, she was able to watch our interactive play “Striving for Freedom,” an educational tableau based on the lives of two real sisters, Mary and Clarinda, who were separated by slavery and reunited by the abolition of the practice in New York State. We look forward to sharing the content of these letters with young scholars and weaving the stories of Old Mary, Hannah, and Caesar more vividly into the fabric of our programs and into the nation’s history books. 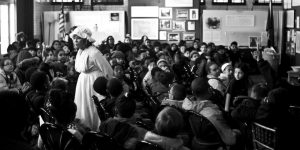