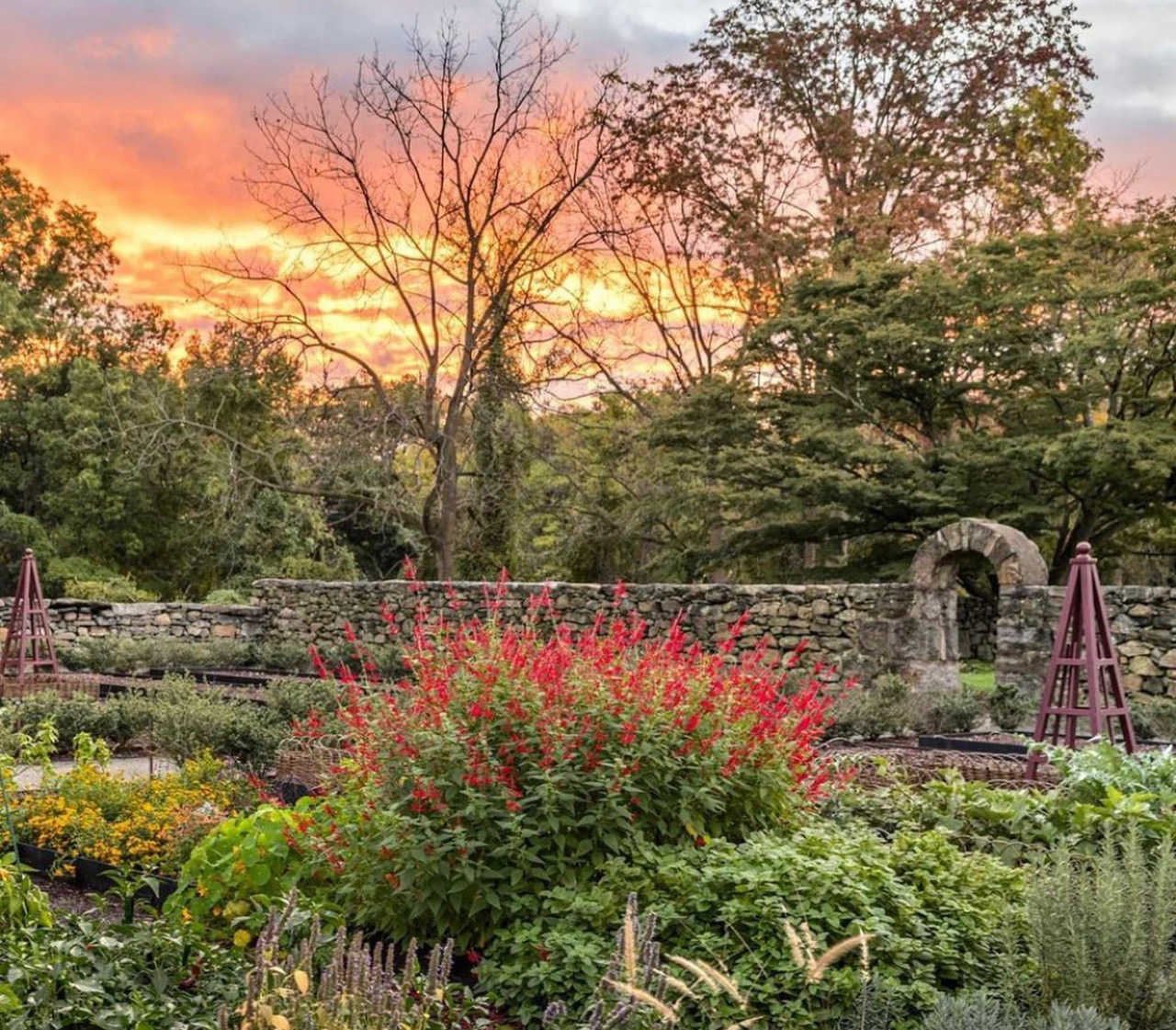 Staring this Sunday, April 3, the spectacular new Jay Gardens will be open to the public every week at the following times:

This month the gardens were named one of New York Cottages and Gardens magazine’s “Home-Grown Beauties.” Stop by any time for docent-led tours or a stroll through on your own! And please say hello to our new Director of Horticulture and Garden Education, Lucia Maestro! For volunteer opportunities please email Lucia at hortdirector.jhc@gmail.com.

Overlooking Long Island Sound, the 23-acre Jay Estate was once the land of the Lenape before it became the family seat of nation-maker John Jay, who helped abolish slavery in New York State. Today the Jay Estate is a home for ideas, civil dialogue, and action about social and environmental justice and much more. Operated by the nonprofit Jay Heritage Center (JHC) for the benefit of the public, the land—particularly its stunning viewshed—gives context to the stories of its diverse inhabitants and stewards going back thousands of years.

During the past decade, the Center has focused not only on its buildings but also on the surrounding grounds that had suffered from neglect and intrusions. A key element in this program has been the restoration and reimagining of the gardens, which occupy more than two acres. A $500,000 grant from the New York State Regional Economic Development Council (REDC) was matched with more than $850,000 by JHC in private and foundation monies. The multi-year planning process involved a successful collaboration and underscores the benefits of advocacy and dynamic public-private partnerships. In 2013, JHC was awarded stewardship of the property, which is owned jointly by JHC, New York State Parks, and Westchester County Parks. JHC has been making enormous strides in revitalizing the site ever since.

For the Jay Estate, Thomas Woltz and his team, including Mark Strieter and Charlotte Barrows, created a dynamic plan that underscores the cultural history of this site at a time when discussions of the relationship of race and land and public access to fresh air and green space are long overdue. Preservation of critical built heritage features illuminate the daily lives of the varied inhabitants, including the Valentine Family – enslaved and freed women and men of African descent known to have lived, worked, and been buried at the Jay property. Protecting the site’s natural heritage is of paramount importance, too. The gardens increase biodiversity by replacing invasive species like mugwort, Japanese knotweed and porcelain berry with beneficial native shrubs and plants like red twig dogwood, arrowwood viburnum and American pillar rose to name just a few.

Based on years of consensus building with the community, NBW’s garden design is informed by a trove of period photos, drawings, and other documentation. The project has included extensive archaeological excavations. Bits of Paleo-Indian pottery, historic ash paths, animal bones, cisterns, and even the foundation and chimney of a colonial-era dwelling have been unearthed and mark the daily footsteps of real people from the seventeenth to the twentieth centuries. The extended planning process included an award-winning 2002 Cultural Landscape Report by Patricia O’Donnell of Heritage Landscapes. That report underscored the narratives of the land and its varied uses which informed the NBW design.

While the gardens date back to the 1700s or earlier, the revitalized space is not a “period” recreation but rather a richly interpreted rehabilitation. Lost visual and spatial relationships are reestablished. Three existing stone-walled rooms contain largely native and drought-resistant species in response to climate change. The innovative schematics include a picturesque parterre; an outdoor classroom and hands-on planting area with 16 rotating vegetable beds; a reflecting pool and sensory garden; and a 100-foot-long rose arbor and pollinator pathway. “As landscape architects, we have always known the importance of public space,” said Woltz. “And right now, the opportunity to breathe new life into an outdoor space of this historic importance feels that much more essential.”

“The refreshed gardens provide much-needed outdoor classrooms to expand our collaborative efforts with area partners while they will also enhance our existing history and conservation curriculum,” said Suzanne Clary, president of the Board of Trustees of JHC. A virtual program about preserving Black history with Brent Leggs, executive director of the African American Cultural Heritage Action Fund of the National Trust for Historic Preservation, is just one example of the types of topics and speakers regularly hosted at the Jay Estate. Past speakers have included climate writer Tatiana Schlossberg, entomologist and wildlife ecologist Doug Tallamy, environmental journalist Andrew Revkin, and landscape ecologist Eric Sanderson.