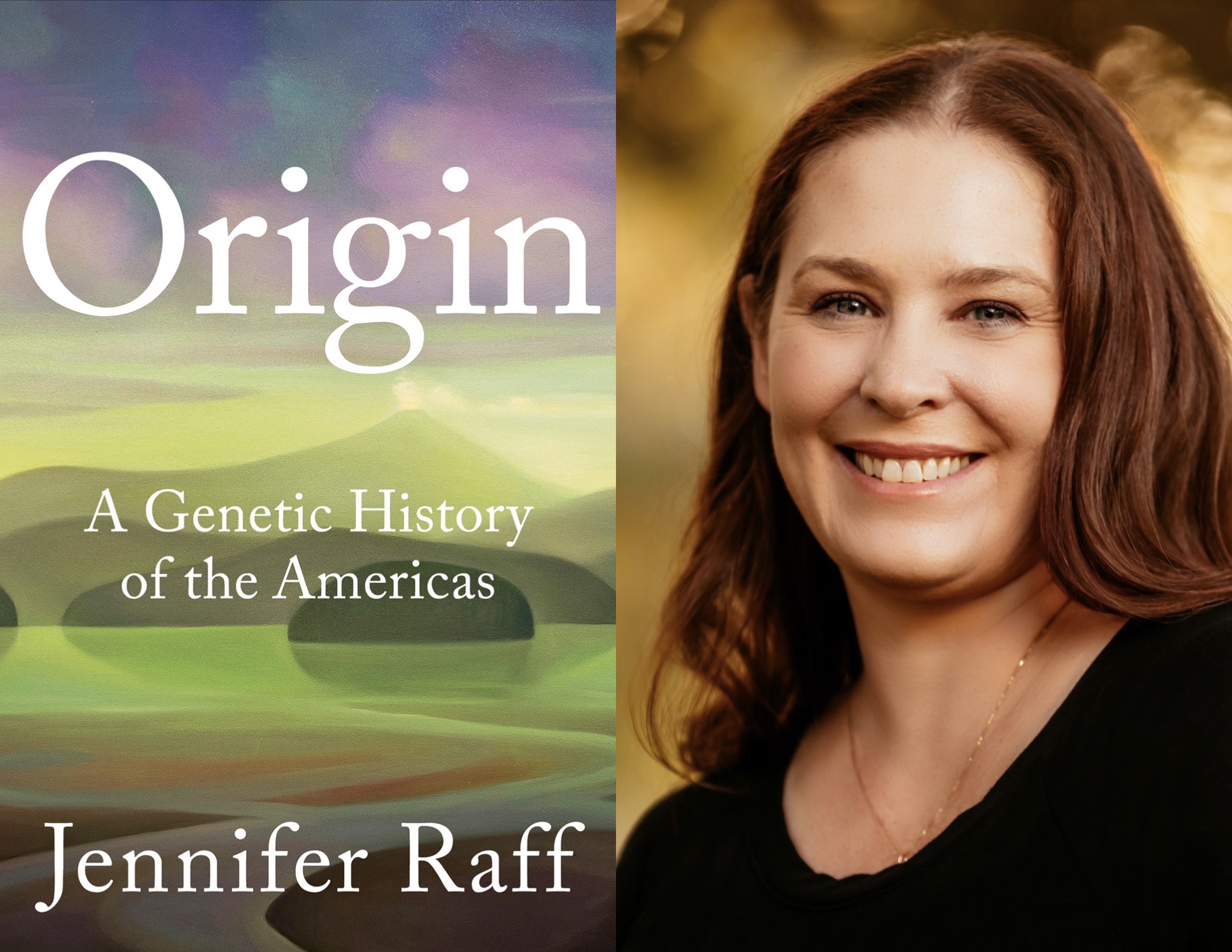 Both the 23-acre Jay Estate and our neighbors at Marshlands Conservancy are situated on land which was settled by First Peoples. Milton Harbor provided a rich and fertile place for fishing and hunting. Today these parks are both recognized as archaeologically significant by the Department of the Interior and the imprints of the women and men who lived here are preserved and studied with the utmost respect.

On Friday, June 3, at 6 p.m., JHC will welcome anthropologist Jennifer Raff, for a FREE program to discuss her best-selling and critically acclaimed new book “Origin: A Genetic History of the Americas” and tie her findings in to our own understanding of the earliest residents of these lands for which we are stewards.

Raff’s book tells “the story of who the first peoples in the Americas were, how and why they made the crossing, how they dispersed south, and how they lived based on a new and powerful kind of evidence: their complete genomes.” It also “provides an overview of these new histories throughout North and South America, and a glimpse into how the tools of genetics reveal details about human history and evolution.”

A recent review in the New York Times praised Raff for being “at the forefront of a culture change in our science,” concluding that “she has written the book anyone interested in the peopling of the Americas must read.” In a starred review, Booklist wrote that “Raff’s examination of genetics and the origins of the First Peoples truly shines.”

Jennifer Raff is an Assistant Professor of Anthropology at the University of Kansas with a dual Ph.D. in anthropology and genetics and over fourteen years of experience in researching ancient and modern human DNA from the Americas. In addition to her research, she has been writing on issues of scientific literacy and anthropological research at her own website, Violent Metaphors, and for The Guardian, HuffPost and Evolution Institute blogs for several years. Since 2019 she has been writing a monthly column for Forbes on emerging research in genetics and archaeology.