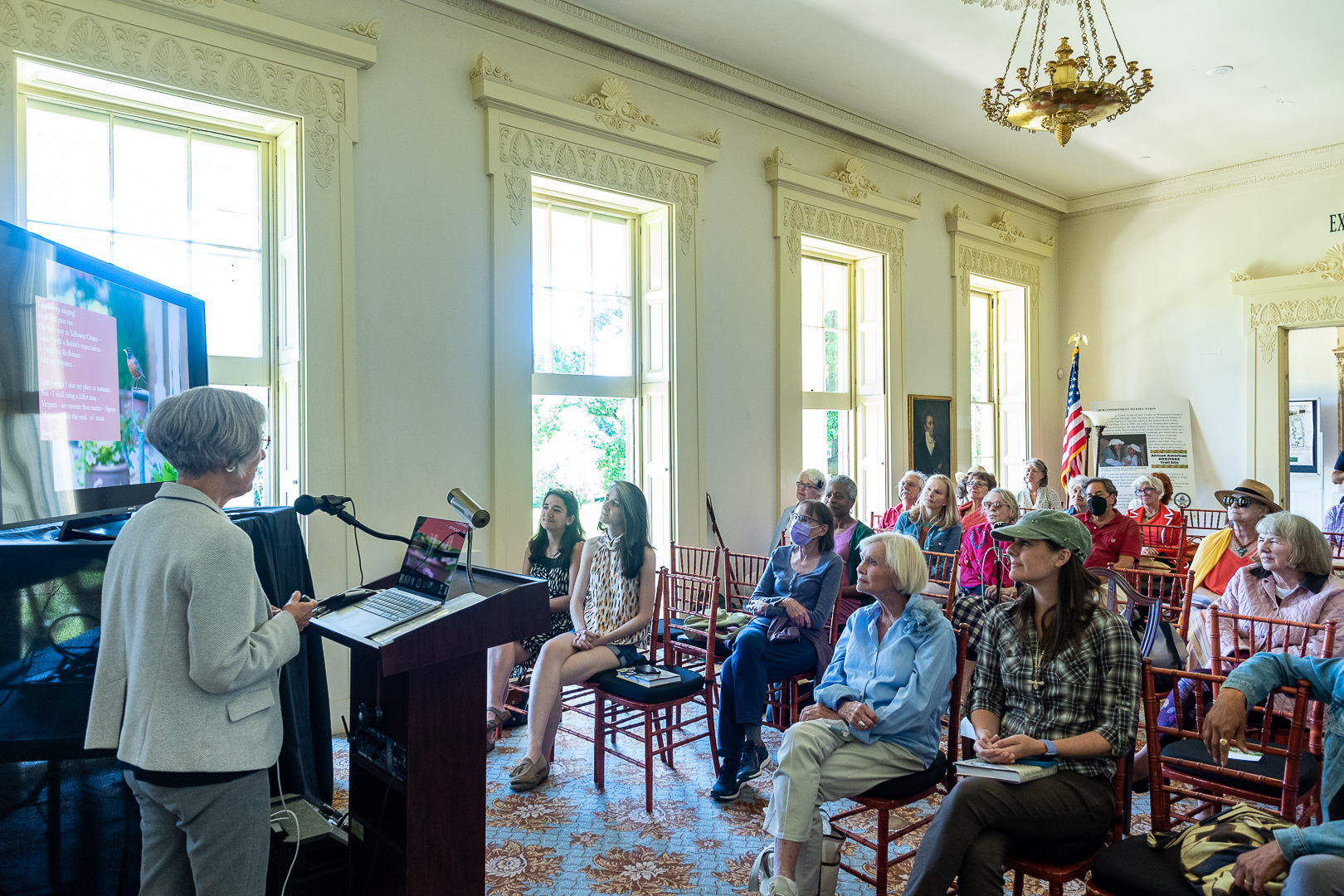 Marta McDowell, best-selling author of “Emily Dickinson’s Gardening Life: The Plants and Places That Inspired the Iconic Poet,” spoke to a riveted audience in the drawing room of the Jay Mansion on Sunday–JHC’s first program in the mansion in more than two years. 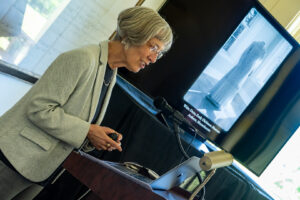 McDowell discussed the ways in which the reclusive Dickinson’s passion for plants helped shape both her poetry and the environment where she lived. She described how Dickinson collected wildflowers and pressed them into books, as well as tending to the plantings lining the walls of a tiny, but prized, conservatory at her house.

The weather for the event was spectacular, and guests sipped refreshments on the veranda as McDowell signed copies from Arcade Books after the event.

Dickinson is most often remembered as a literary giant. But she was also an accomplished gardener—”sending fresh bouquets to friends, including pressed flowers in her letters, and studying botany at Amherst Academy and Mount Holyoke.”

The Wall Street Journal called McDowell’s book “a visual treat as well as a literary one,” adding that it “will be deeply satisfying for gardeners and garden lovers, connoisseurs of botanical illustration, and those who seek a deeper understanding of the life and work of Emily Dickinson.” The New York Times Book Review adds: “Wandering through this book, we can smell the hyacinth that bloomed on the poet’s windowsill in winter, hear the thrum of hummingbird wings, smell the cooking odors from the kitchen and imagine Dickinson pruning, staking, digging — and listening and watching.”

The program is one in a series this year exploring the life and legacy of Emily Dickinson. This past winter, a film crew from the compelling Apple TV+ historical comedy “Dickinson” filmed at the Jay Estate, turning the meadow into a Civil War battlefield. The show, which stars Academy Award nominee Hailee Steinfeld as Dickinson and highlights issues of inclusion and social justice, spent more than two months filming around the property. Dickinson’s third and final season is streaming now on Apple TV+. The storyline set at the Jay Estate details the relationship between Dickinson and Thomas Wentworth Higginson, an abolitionist who commanded the first Union regiment of Black soldiers and who ultimately became the co-editor of Dickinson’s early poetry collections. Learn more about the series here in this recent NY Times article.

Read about the real-life history here – and read more about how the crew transformed the Jay Estate in this new article by Mary Andriotis in House Beautiful magazine. 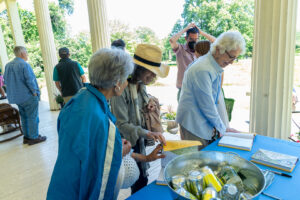