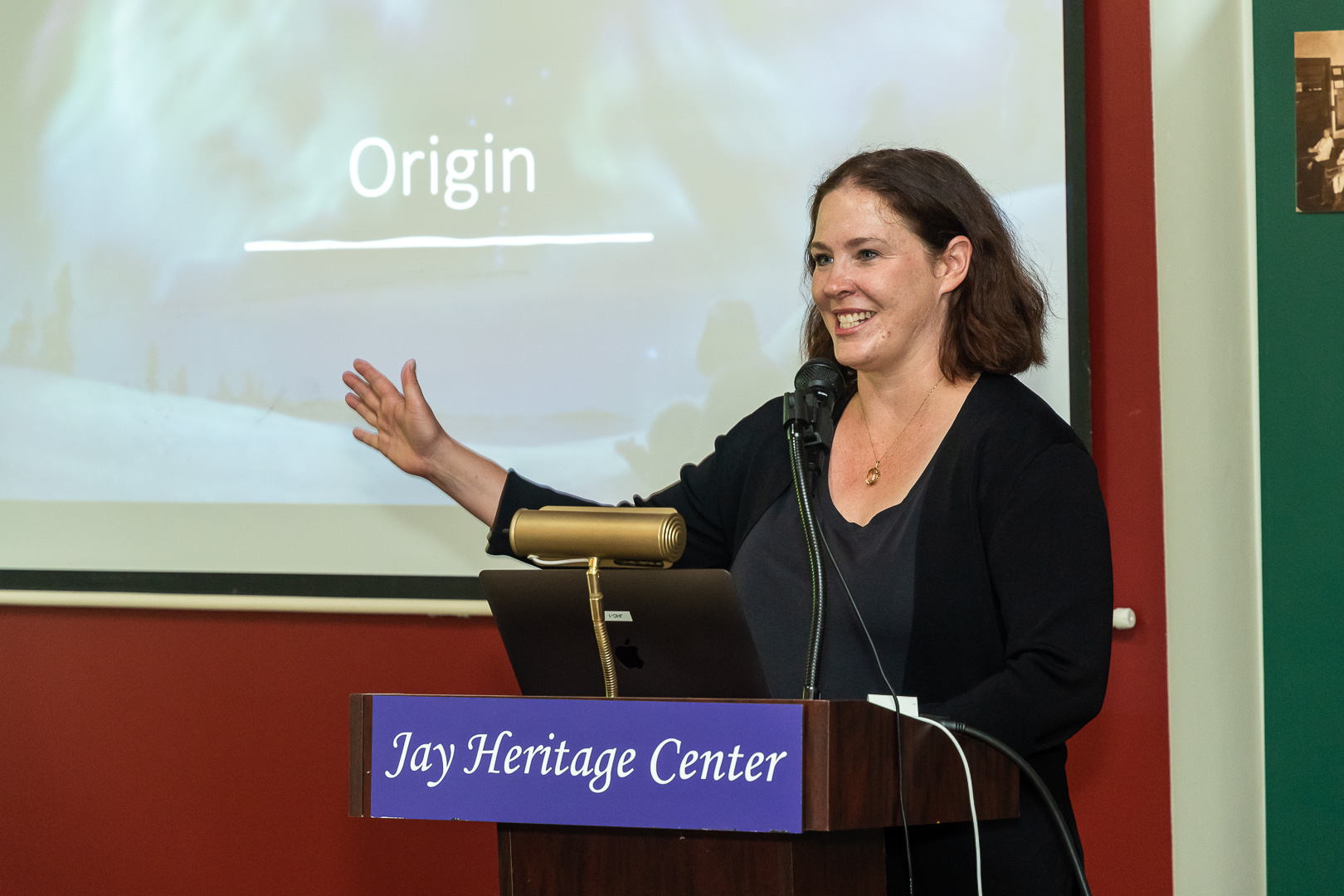 Jennifer Raff, the acclaimed anthropologist and best-selling author of “Origin: A Genetic History of the Americas,” held her audience at the Carriage House spellbound last Friday evening with her discussion of the changing theories of how the Americas were originally settled. 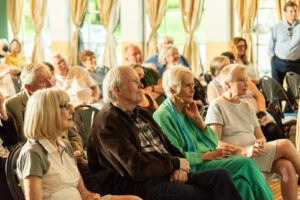 In her slide show, Raff explained how some scholars are coming to question the traditional assumption that First Peoples migrated to North America inland along the Rocky Mountains. Recent genetic evidence and archaeological discoveries, she said, have cast doubt on that hypothesis.

Still, she described the difficulties involved in making iron-clad assumptions about events that took place so long ago. One challenge is that ancient Beringia, located near the site of today’s Bering Strait, is now underwater, keeping archaeologists from conducting research there.

Audience members were riveted by the talk, peppering Raff with question after question. After the presentation, she continued to answer queries while signing books sold by Patrick Corcoran of Arcade Books.

A recent review in the New York Times praised Raff for being “at the forefront of a culture change in our science,” concluding that “she has written the book anyone interested in the peopling of the Americas must read.” In a starred review, Booklist wrote that “Raff’s examination of genetics and the origins of the First Peoples truly shines.”

Both the 23-acre Jay Estate and our neighbors at Marshlands Conservancy are situated on land which was settled by First Peoples. Milton Harbor provided a rich and fertile place for fishing and hunting. Today these parks are both recognized as archaeologically significant by the Department of the Interior and the imprints of the women and men who lived here are preserved and studied with the utmost respect. 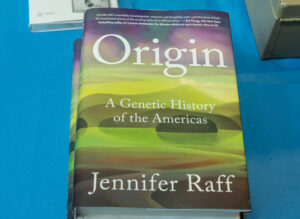 Jennifer Raff is an Assistant Professor of Anthropology at the University of Kansas with a dual Ph.D. in anthropology and genetics and over fourteen years of experience in researching ancient and modern human DNA from the Americas. In addition to her research, she has been writing on issues of scientific literacy and anthropological research at her own website, Violent Metaphors, and for The Guardian, HuffPost and Evolution Institute blogs for several years. Since 2019 she has been writing a monthly column for Forbes on emerging research in genetics and archaeology.