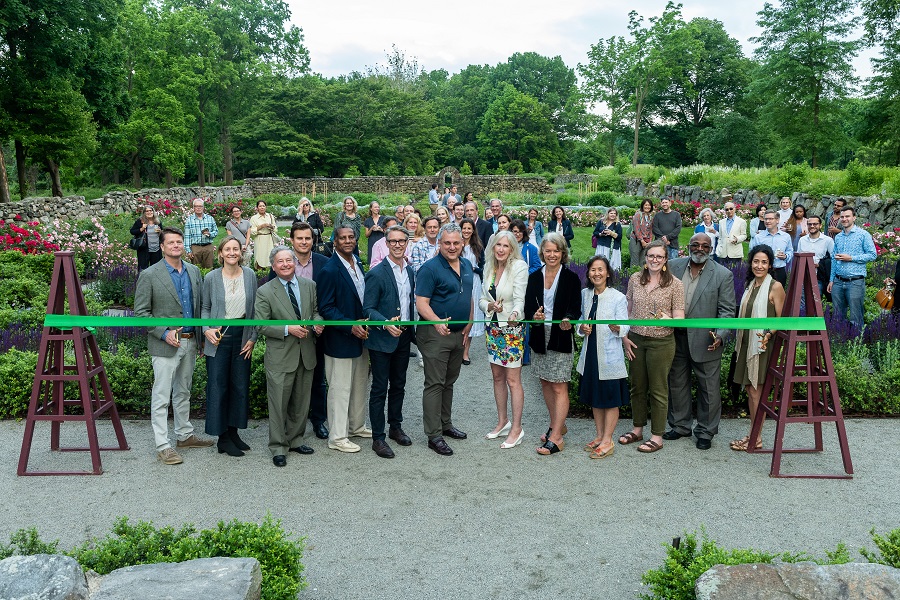 On June 12, 120 supporters and non-profit partners of the Jay Heritage Center (JHC) raised a glass at the official opening of the newly revitalized Jay Estate Gardens, an expansive, educational, green space where American history, sustainability, and diverse cultural narratives all converge. Thanks to a unique public-private partnership between JHC, New York State Parks and Westchester County, nearly 3 acres of garden “rooms” have been filled with a palette of stunning shrubs, grasses and perennials selected by award-winning landscape architect Thomas Woltz of Nelson Byrd Woltz. The garden opening coincides with the non-profit’s 30th anniversary year!

JHC Executive Director Kevin Peraino and JHC Board President Suzanne Clary welcomed guests. The program then followed with Woltz describing how the garden design and relationship with JHC fit within the value system of their portfolio.

“We firmly believe that the soil we stand on, the soil we occupy, it’s full. Whenever I hear someone say ‘Oh, there’s empty space,  open space, the site is tabula rasa, there’s nothing there,’ it’s just not true. There’s always something there. Whether it’s the geologic history of the retreat of the glacial ice sheet, whether it’s the first Native American occupation of this continent,  whether it’s the colonial settlements and arrivals, the beginning of industry, the enslavement of other humans, there are stories beautiful and hideous in the land beneath our feet and it becomes our moral duty to excavate and reveal those stories as we find them. We live in an extraordinary time where we get to tell the truth and it feels good, it feels good and it’s hard work because everyone’s not ready. And so places like this site are leading the way in a new kind of preservation.”

Woltz then led everyone through the history of the site with vivid before and after photos. The audience enjoyed seeing the evolution of the NBW design in detail and Woltz closed his talk giving kudos to “a generation” of NBW colleagues who had brought the plan to life.

Landscape architect Larry Weaner who designed the new native meadow at the Jay Estate was also there. He said a few words and described how the 2-acre field of wildflowers and sedges behind the mansion was sensitively planned in concert with the garden. Weaner described the science behind the selection of the species with emphasis on deer browsing resistance and described how the next phase will continue with the addition of even more live plants.

NY State Parks Deputy Commissioner of Historic Resources Daniel Mackay, on behalf of Governor Kathy Hochul and NY State Parks Commissioner Erik Kulleseid, hailed the gardens as award-worthy and strongly encouraged JHC and NBW to apply for a New York State Historic Preservation Award. He congratulated the Jay Heritage Center on their “continued stewardship of story and site” and applauded the dedication of the Jay Heritage Center board, staff, supporters and partners. Mackay highlighted their fierce advocacy and protection of historic assets and cultural artifacts but also applauded JHC’s programming as exceptionally progressive and forward thinking.

NY State Assemblyman Steve Otis commended JHC’s “audacious optimism and vision” and recalled the original women including Kitty Aresty, Dee Dee Paschal, Sharon DuBois, Rhoda Kornreich and Jane Kerin-Moffat who helped safeguard not only the historical features but also the natural resources of the property. Otis praised them and JHC for their decades long commitment to rehabilitating the 23-acre park for the benefit of enriching the public.

An added surprise of the afternoon was the presentation of a check for $15,000 from Jackie Alexander of the Japan Society of Fairfield County towards Phase II of the Jay Estate Gardens. Other non-profit organizations recognized at the event included the African American Men of Westchester, American Women of African Heritage, Rye Sustainability Committee, Rye Garden Club and Little Garden Club of Rye.

Following the program, guests strolled around lush parterre plantings bursting with roses, through stone arches to a serene reflecting pool. The final, breathtaking surprise was a 90-foot long rose-arbor and native pollinator paradise that was already attracting a host of butterflies!

The Jay Estate Gardens are now open Thursdays and Sundays through November 2022. For more info www.jayheritagecenter.org

More photos and video of the presentation coming soon. 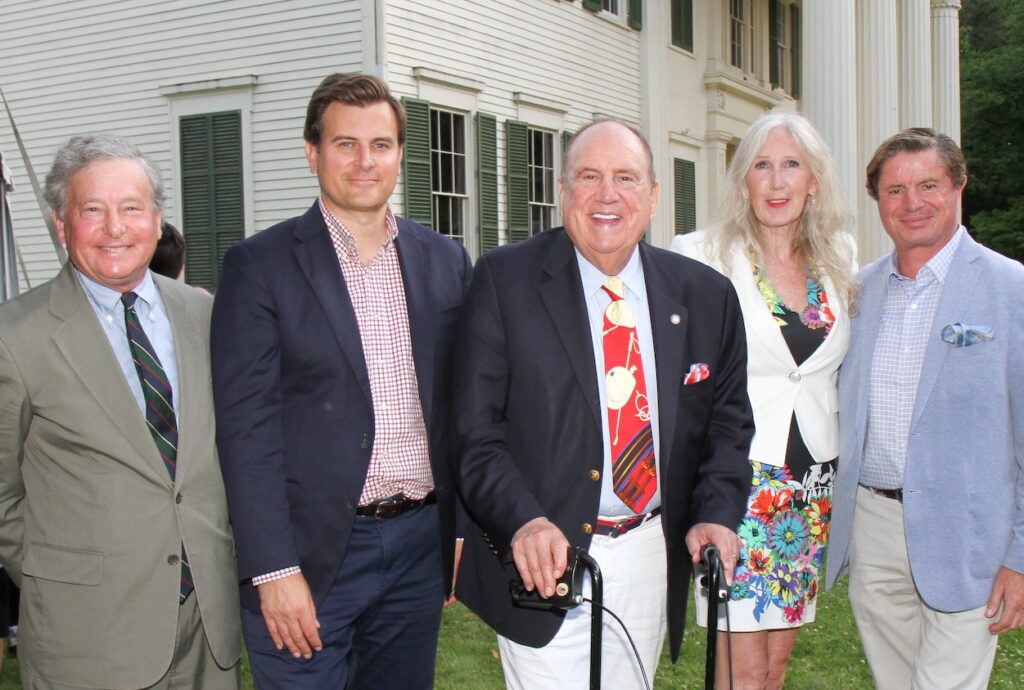