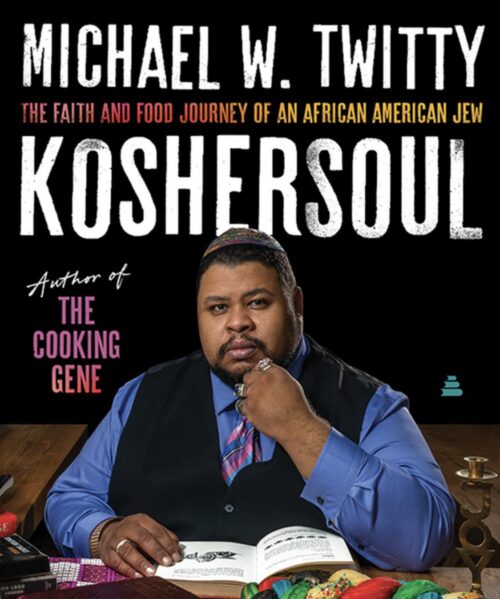 James Beard Award-winning chef Michael W. Twitty will headline a FREE, in-person program on October 16 at 3:30 p.m. in the Jay Estate Gardens to discuss his newest book, “Koshersoul: The Faith and Food Journey of an African American Jew.”

The first 150 guests will receive a free copy of Twitty’s new book!

Twitty spoke at an enormously popular virtual JHC program, “Culinary Justice: Cultural Resilience and the History of Food,” that drew more than 400 registrants in January 2021. He appeared alongside Lavada Nahon, a culinary historian, educator, and independent scholar, who is the New York State Office of Parks, Recreation, and Historic Preservation’s first Interpreter of African American History. The conversation was moderated by JHC trustee Lori Fontanes. Watch the video here.

Fontanes began by asking a simple question: What, exactly, is culinary justice? “Culinary justice,” Twitty explained, “refers to the idea that people, especially those who are marginalized and oppressed, have a right to the ownership and usage of their own culinary tradition…. The culinary and cultural productions in the kitchen are a product. They have a cachet; they have a value…. When you’re marginalized and oppressed,” Twitty added, “your greatest currency is how you survive your oppression. And for most communities that have had to scrape by and struggle, food has been a strong means of uplift, of survival, and let me put it like this: joy.”

Twitty’s new book, which includes more than 50 recipes, was called “thrilling in its originality” by Publishers Weekly. Kirkus, in a starred review, calls it a “thoughtful, inspiring book that will have readers pondering their own ancestors and their presence in the kitchen.”