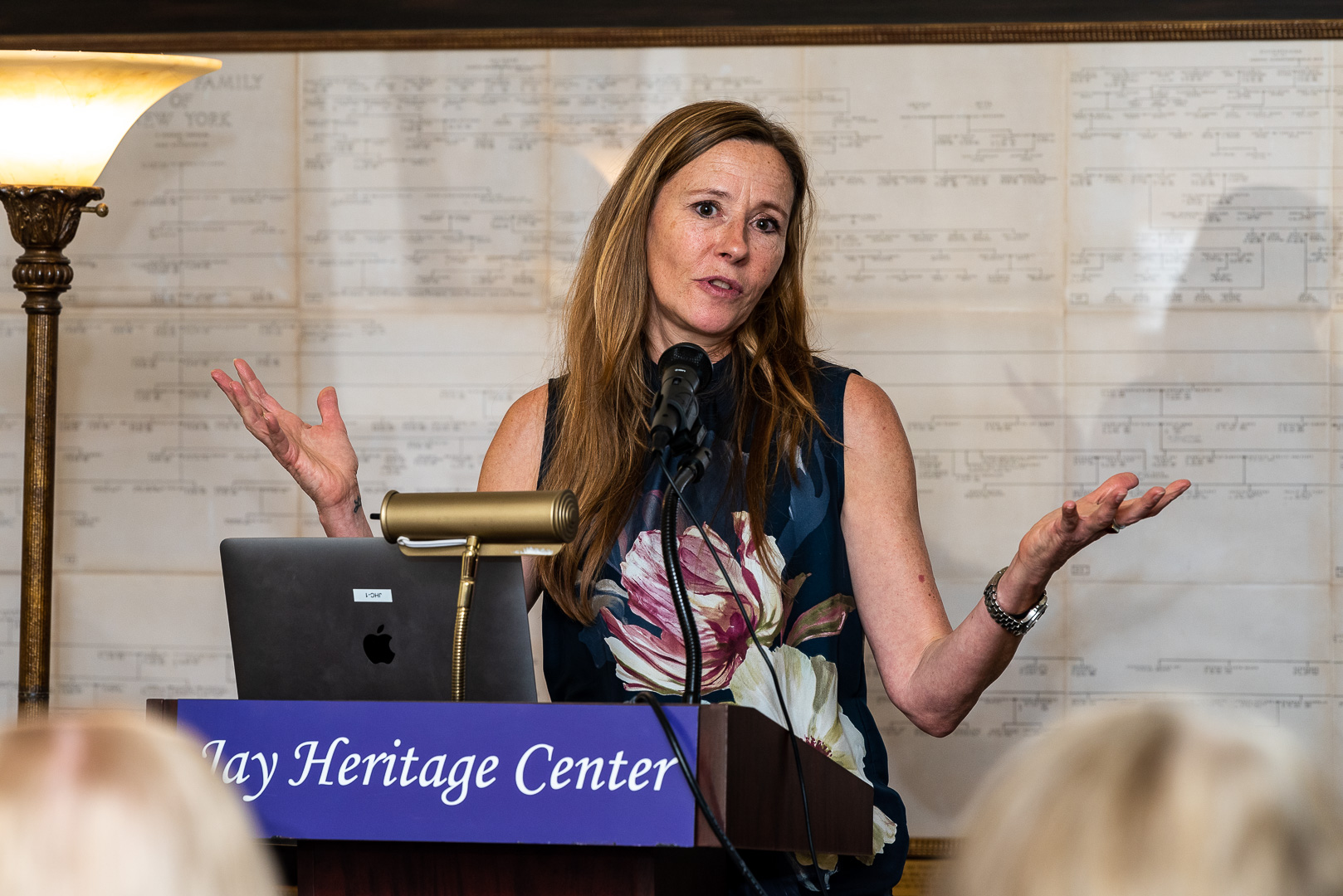 On Friday, October 7, at 6 p.m., JHC welcomed award-winning and best-selling writer Andrea Wulf, author of “Founding Gardeners” and “The Invention of Nature,” for a program to discuss her critically acclaimed new book “Magnificent Rebels: The First Romantics and the Invention of the Self.” Guests sipped rosé on the veranda overlooking Long Island Sound on an unseasonably warm early autumn night, before filing into the drawing room of the 1838 Jay Mansion for the talk. 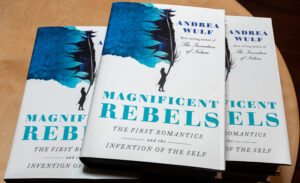 Wulf’s book tells the gripping story of the time period and personalities that helped shape the aesthetic embodied in the 1838 Jay Mansion. It describes how a gifted circle of young Romantics “incited a revolution of the mind that transformed our world forever.” This group included the poets Goethe, Schiller, and Novalis; the philosophers Fichte, Schelling, and Hegel; along with “the formidable Caroline Schlegel, who sparked their dazzling conversations about the self, nature, identity, and freedom.” The core of Wulf’s tale illuminates “the extremely modern tension between the dangers of selfishness and the thrilling possibilities of free will.”

Amanda Foreman, who spoke last year at a JHC program, describes Wulf as “that rare historian who makes the past feel present and turns distant lives into gripping stories of the human heart.” Foreman called “Magnificent Rebels” the “best book I’ve read all year” and “an absolute masterpiece: mesmerizing, heartbreaking, and incredibly timely.” The New York Times best-selling author Simon Sebag Montefiore writes that the book “thrums with all the redhot frenzy, wild passion, and radical ideas of a free new world created out of poetry, sex, music, and romanticism.”

About Andrea Wulf (official bio): Wulf was born in India and moved to Germany as a child. She is the award-winning author of several books, including Founding Gardeners, Brother Gardeners, and The New York Times best seller The Invention of Nature, which has been published in twenty-seven languages and won fifteen international literary awards. Wulf has written for many newspapers and magazines, including The New York Times, The Guardian, the Los Angeles Times, The Wall Street Journal, and The Atlantic. She’s a member of PEN America Center and a Fellow of the Royal Society of Literature. She lives in London.