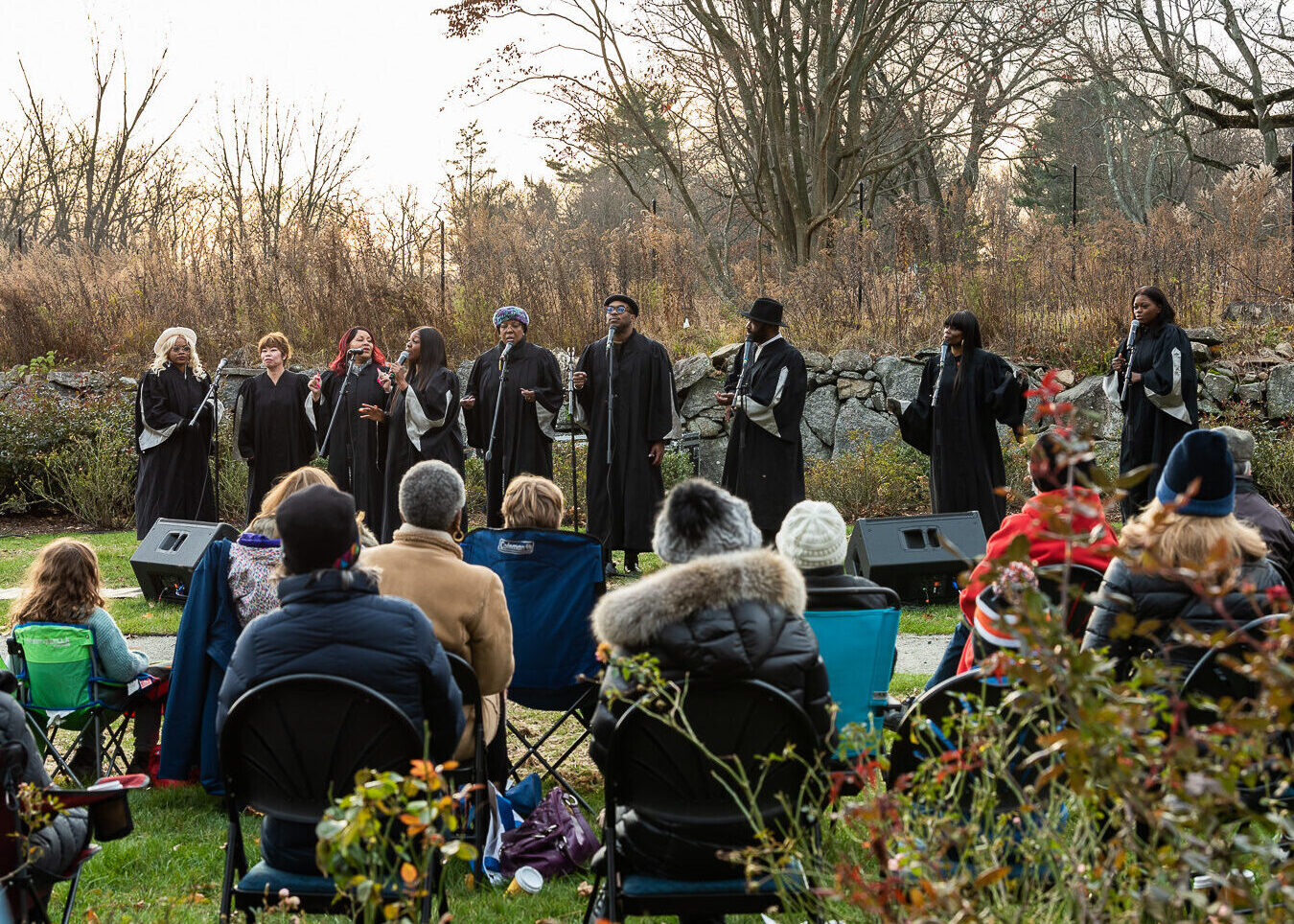 On a crisp December Sunday, the renowned New York City Gospel Choir performed at a free concert in the Jay Estate Gardens. They were joined by the amazing Barnard choral group Bacchantae. Guests sipped hot coca and nibbled on treats from Jimmy’s Soft Serve as the two groups filled the air with holiday music. It was all for a good cause–concertgoers brought a cartload of non-perishable items to be donated to those in need through Port Chester’s Carver Center. 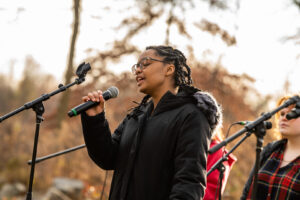 The NYC Gospel Choir has appeared on MTV and opened for performers including Paul McCartney and Bon Jovi. Over the years members have sung alongside Stevie Wonder, Whitney Houston, Roberta Flack, Michael Jackson, Aretha Franklin, and many others.

The December concert was just the latest in JHC’s ongoing Jams at Jay concert series, which last year alone featured performers including the jazz quintet Oh La La!, the bluegrass group Blue Plate Special, and the a capella group the Yale Spizzwinks.