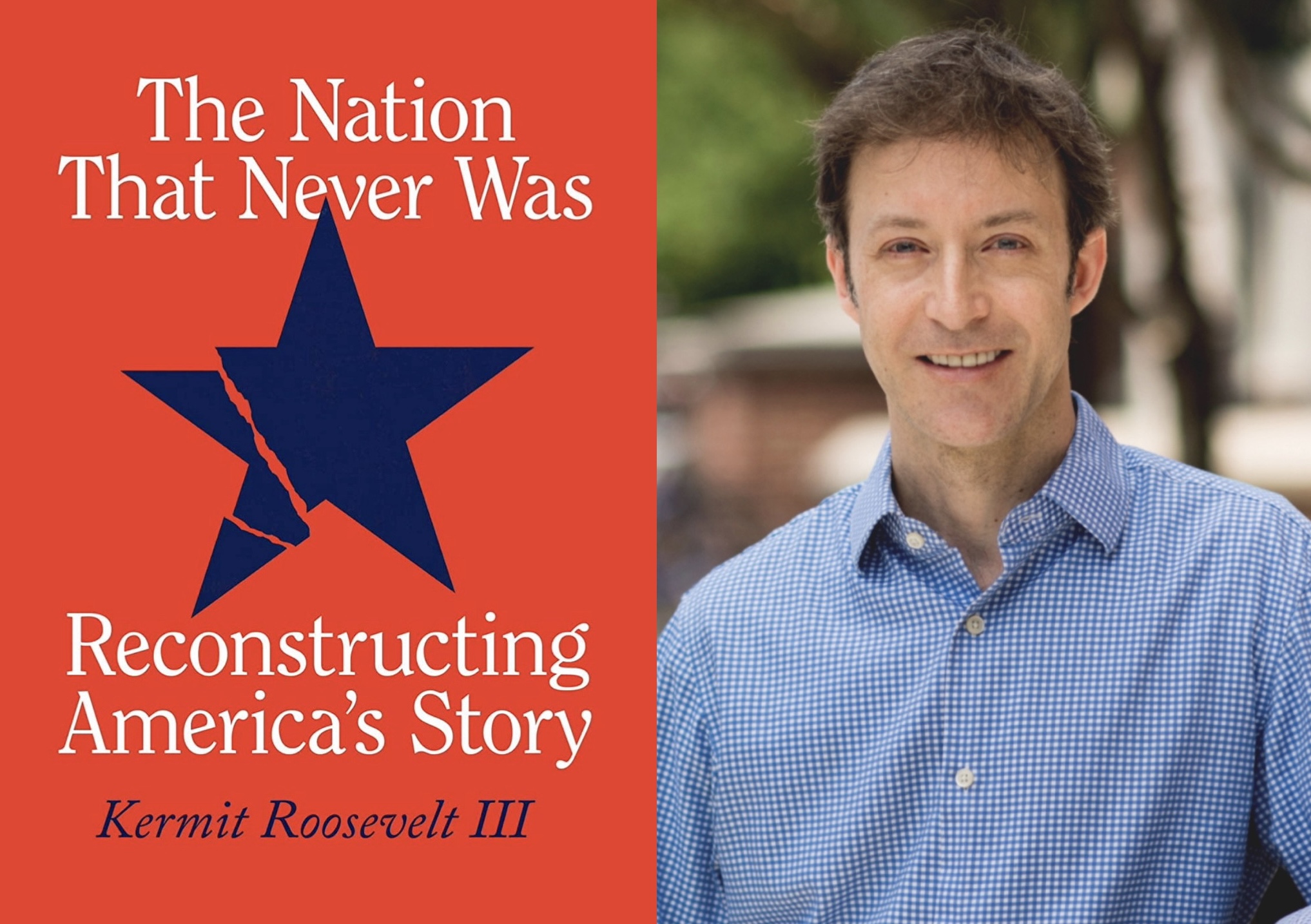 On Sunday, April 23, at 4 p.m., Kermit Roosevelt III, a professor at the University of Pennsylvania law school and the great-great-grandson of President Theodore Roosevelt, will discuss his new book, “The Nation That Never Was: Reconstructing America’s Story.”

In his new book, Roosevelt argues that a traditional American narrative–“that our fundamental values as a country were stated in the Declaration of Independence, fought for in the Revolution, and made law in the Constitution”–is neither useful nor true. Instead, he writes, we should look to the 19th century, to the period following Lincoln’s Gettysburg Address, “when it was possible to envision the emergence of the nation committed to liberty and equality.”

Publishers Weekly writes that “astute textual analysis, careful historical research, and a deep commitment to social justice make this an inspiring reexamination of America’s past.” Professor Sanford Levinson of the University of Texas at Austin School of Law calls it “a truly extraordinary book.”

Official bio: Kermit Roosevelt III is the David Berger Professor for the Administration of Justice at the University of Pennsylvania Carey Law School. Roosevelt works in a diverse range of fields, focusing on constitutional law and conflict of laws. He has published scholarly books in both fields. Conflict of Laws (Foundation Press, 2010) offers an accessible analytical overview of conflicts. The Myth of Judicial Activism: Making Sense of Supreme Court Decisions (Yale, 2006) sets out standards by which citizens can determine whether the Supreme Court is abusing its authority to interpret the Constitution.

He has published articles in the Virginia Law Review, the Michigan Law Review, and the Columbia Law Review, among others. He is also the author of two novels, In the Shadow of the Law (Farrar, Straus & Giroux, 2005) and Allegiance (Regan Arts, 2015). In 2014, he was selected by the American Law Institute as the Reporter for the Third Restatement of Conflict of Laws.