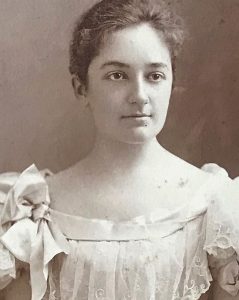 Mary Rutherfurd Jay (1872–1953) was one of America’s earliest landscape architects. She credited the ancestral Jay family gardens where she grew up in Rye with inspiring her career.

Jay studied design and horticulture at the Massachusetts Institute of Technology, and also at Harvard’s Bussey Institute, with Charles Sprague Sargent in 1905. One of her first papers, written on the topic of “Tenement Gardening,” observed that even the poorest neighborhoods benefited from the smallest gardens. Her ability to deftly adapt gardens to various soils, styles, and size constrictions later became a signature of her work.

Jay worked easily alongside established male architects like Addison Mizner, J. Alden Twachtman, and Francis Keally. In 1917, six years after trailblazing women such as Beatrix Farrand and Marian Coffin had exhibited their landscape work at the Architectural League in New York, Mary displayed her own designs. She exhibited a record five times, including in the years 1918, 1920, 1922, and 1929. Had she not served as a volunteer in 1919 with the American Committee for Devastated France, it is possible she would have had an entry that year as well. 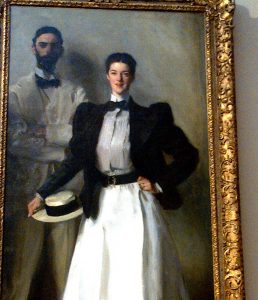 As of 1917, she was also one of only three women listed in New York directories as a landscape architect (the others being Marian Coffin and Ruth Dean) and the only one leasing her own office in the prestigious Architect’s Building at 101 Park Avenue. “Miss Jay” ultimately transformed more than 50 properties, as far south as Palm Beach, Florida, and as far north as Manchester-by-the-Sea in Massachusetts, for 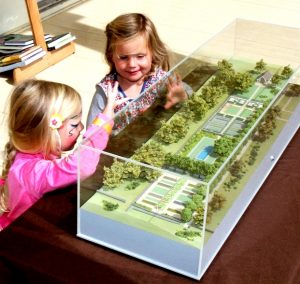 friends like New York housing reformer and architect I. N. Phelps Stokes, author of the monumental The Iconography of Manhattan, and conservationists like the Hudson Valley Reeses and Rockefellers.

Today, the Jay Estate, her family home in Rye, New York, where she designed a 100-foot-long rose arbor, is being re-imagined. With the help of  Thomas Woltz of Nelson Byrd Woltz Landscape Architects  the Jay’s family gardens have recently been transformed as a center for horticultural education. 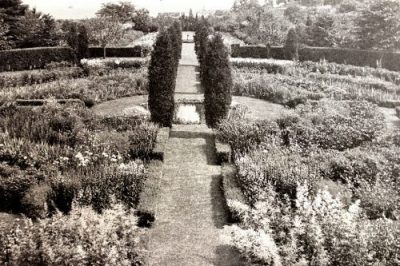 Jay’s first commission was a “plaisance” or pleasure garden in 1907 for the home of her sister Laura Jay Wells in the Round Hill neighborhood of Greenwich, Connecticut. From this modest but well-measured beginning, her portfolio grew to more than 50 articulated projects for private residences all along the East Coast. (Wickersham estate “Marshfields” pictured above)

Her projects varied widely in composition and plant material and demonstrated a comprehensive knowledge of English, French, Dutch, Indian, Italian, Turkish and Japanese design. With great facility, she learned the horticultural and architectural vocabulary of the grand estates of Europe and Asia – pleached allees of trees, plaisances, pergolas, moongates, parterres, rock gardens, pools and teahouses – and adapted these distinctive landscape elements to American gardens and soil conditions. 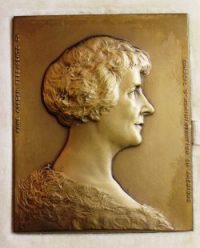 The wartime slogan “Remember Lafayette…Be A Lafayette” certainly had resonance for Jay. At the request of her friend, philanthropist Anne Tracy Morgan (pictured above), Jay volunteered to travel to France in 1919 to aid in the war effort. Leading a small group of other women, she helped retrain wounded and shell-shocked soldiers to raise crops and fresh produce for troops at the front lines.

Upon her return to the States, she simultaneously took on new commissions but also lectured on about the destruction and rebuilding she had seen overseas. With an evident passion for culture and history, her talks highlighted what had been lost in foreign countries during wartime but also emphasized the resilience of landscapes and the potential for what could be restored through design. 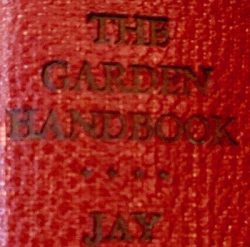 Jay became an exceptionally popular speaker traveling all over the country to address chapters of the Garden Club of America and horticultural societies. She used over 100 luminous lantern slides per program to illustrate the beauty of gardens she had seen in the course of her journeys around the globe.  For more adventurous clients and friends, she led tours through Europe treating subscribers to bespoke views of English, French and Dutch gardens.

The deaths of her brother John and mother Julia Post in 1928 and 1929 respectively were pivotal in changing the focus of her career to more writing. In 1931 she completed The Garden Handbook, a small volume intended for use outside in the smallest to grandest of green spaces; it included descriptions and photos of historic gardens for reference as well as lists of blooming times for various species of flowers, shrubs and trees.

From Ploughshares to Garden Shears: A Founder’s Progeny Breaks Ground for Women in Landscape Design

The Last Jay Descendants to Live at the Mansion in Rye - Pierre, Mary, Laura and John